After Dark In The Sunshine State

After Dark In The Sunshine State

The night belongs to lovers. They’re swept off their feet, brows beaded from the humidity. They sip sundowners in rainforests, toes in the sand, or on rooftop bars listening to the city purr below. And they’ve all fallen for the same siren song: the sounds of Queensland after dark.

If you’re not camped under a blanket of stars or committed to a patio party with a well-stocked esky, the night is yours for the taking and Queensland is a more than accommodating host. 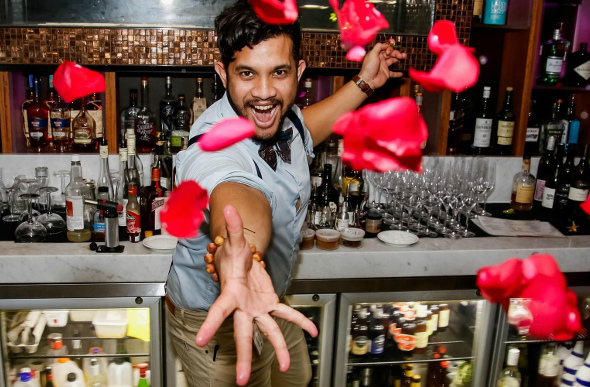 The capital best knows how to lure folk out past bedtime. Brisbane is hardly a city that never sleeps – in fact, an early morning run and a green smoothie are usually preferred to a boozy all-nighter – but the River City is no piker either.

There are countless spots for an evening aperitif, from hideaways like Super Whatnot, sister establishments Red Hook and Coppa Spuntino, to elevated watering holes Soleil Pool Bar at Rydges South Bank, Lennons Restaurant & Bar at NEXT Hotel and The Rooftop at Limes Hotel, where grown-up pool parties are the trend du jour.

The Valley, as it’s known to Brisbanites, sheds its grunge factor just up the road in James Street, where Sixes and Sevens and Gerard’s Bar wet whistles before matinees at Palace Cinemas or cheeky comedy skits down the road at Brisbane Powerhouse. 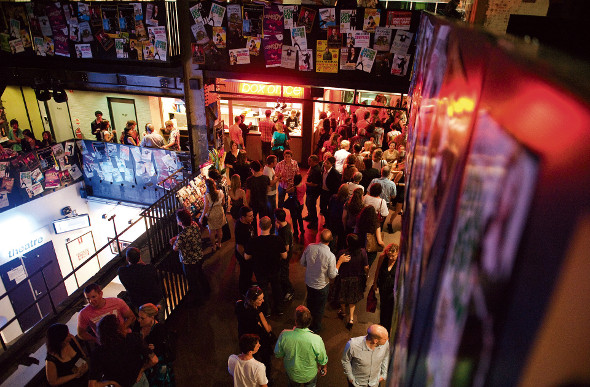 Style and substance at Brisbane Powerhouse

Indeed, Brisbane is becoming a nightowl’s utopia, with trendy new spots springing up on a seemingly weekly basis, making long-standing cultural epicentres Sydney and Melbourne sit up and take notice.

Fill your belly at a gastropub (Statler & Waldorf), a cocktail-slinging designer tavern (Alfred and Constance) or a modern incarnation of a speakeasy (Lefty’s Old Time Music Hall, recently named Australian bar of the year by Gourmet Traveller).

Whatever your poison, you’ve got your whisky dens (Cobbler), gin joints (Dutch Courage Officers’ Mess) and an army of hipster barristers muddling in mason jars on both sides of the river.

If your thirst is already quenched, there’s still plenty on offer to keep the night young. The Gallery of Modern Art and adjacent Queensland Art Gallery are known to stay up late for live tunes and talks on their leading exhibitions, while venues such as The Triffid and Brooklyn Standard have added a booming new bassline to Brisbane’s live music scene. 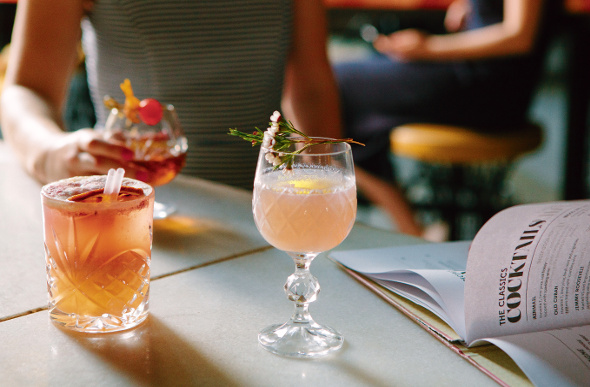 Brisbane’s main competition for ‘Nightlife Capital’ status is undoubtedly the Gold Coast. Best known for its mega clubs including SinCity, Platinum, and Vanity, the Gold Coast is the place for getting down, dusk ’til dawn.

Even if you have to make curfew, there's still time to slam a tequila mixer in style at QT hotel’s Stingray Bar & Lounge, sip cocktails from the sky-high Seventy7 Café & Bar at SkyPoint or swig a craft beer at One50 Public House.

Stay up late on the Goldie with our Gold Coast Expert’s Guide: Local Secrets & Top Picks

Feeling the love? Find out Where To Spend A Date Night In Brisbane

When it all gets too much... Suite Dreams: 7 New Snooze-Worthy Hotels In Brisbane

The further north you venture, the slower the clocks seem to turn. There’s no need for daylight savings; dusk comes as a blessing, putting Queenslanders in a cooler state of mind. By the time you get to Mackay, halfway up the Queensland coast (or down, if that’s your outlook), the attitude is noticeably more nonchalant.

Post meridiem, you’ll find Mackay locals lingering in the compact city centre. They squeeze into the impeccably styled Vintage Room, salivate over chocolate mojitos at Dirty Martinis and get their Tex-Mex fix at Cactus Jack’s – a cheesy-in-all-the-right-ways Queensland institution. 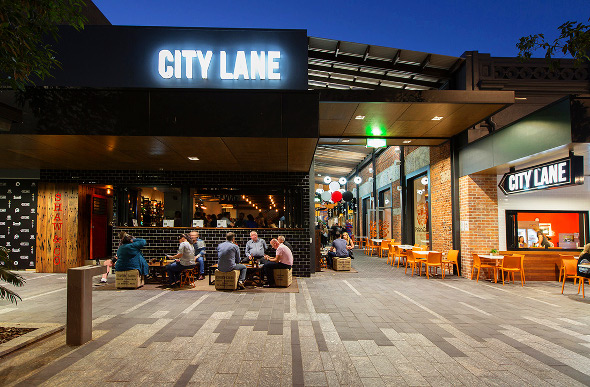 As a university town and army base, Townsville loves to kick up its heels. Thankfully, a noticeable cool change is sweeping through the north Queensland city, with establishments like The Brewery and the chic new City Lane precinct giving the ’Ville an edge of sophistication.

The nightclubs on Flinders Street still stand, but it seems Townsville is a little partied out. These days, a low-key libation is a welcome alternative. Serious revellers know to ferry their way to Magnetic Island under the full moon for DJ beats and barefoot boogieing on the beach.

As the gateway to the Great Barrier Reef and the Daintree, Cairns constantly swarms with young nomads who, along with the packs on their backs, bring with them a pining to party.

Cairns' year-round balmy temps also ensure the drinks flow freely. On one end of the spectrum is the iconic backpacker bar Gilligans – its walls forever thumping and lights forever strobing. 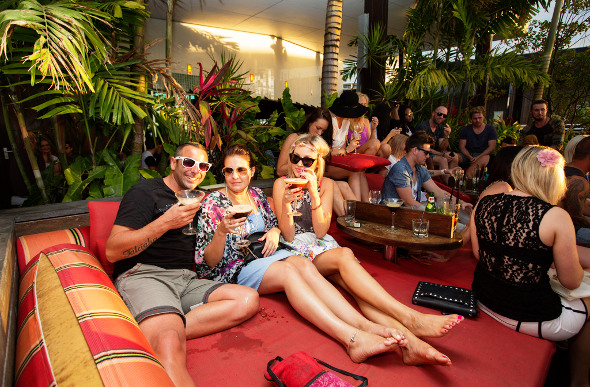 On the other end is the marina-side Salt House, with more thoughtfully poured cocktails than you'll find on the backpacker circuit. The cruisey Far North capital has it all: low-key, high-end and plenty of middle ground in the form of the classic pub.

Most regional towns down tools at noon on a Saturday, to the bane of city slickers who embark on weekend escapes to 'the country'. The butcher, pharmacist, grocer and newsagent – you’ll find them all down at the local watering hole.

From Babinda to Birdsville, all great Queensland towns have a great Queensland pub to their name. There’s the historic (Nindigully Pub, est. 1864), the tiny (Oasis Roadhouse, where two is a crowd) and the iconic (Walkabout Creek Hotel, Crocodile Dundee-approved). 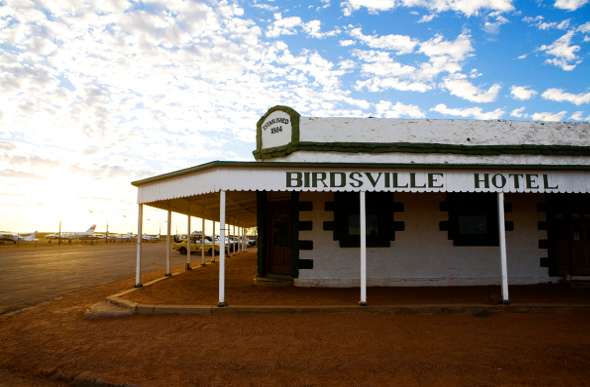 Queensland is definitely about the people you meet as well as the places you go. Publicans that are part of the furniture, local larrikins who think their tiny town is the start and end of the earth, hip young things who had the nous to follow their noses and now run an empire of award-winning bars – you’ll meet them all.

If you’re more of a morning person, set the alarm a little later and knock back a flat white in the early afternoon. Do whatever you can to soak up every memorable moment in Queensland, because the best is yet to come… just as soon as the sun slips away. 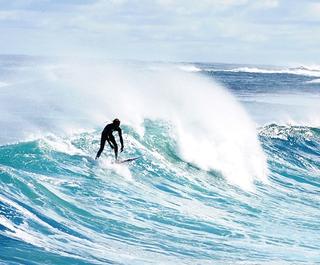 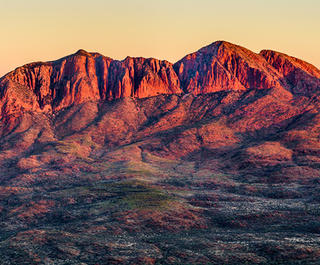 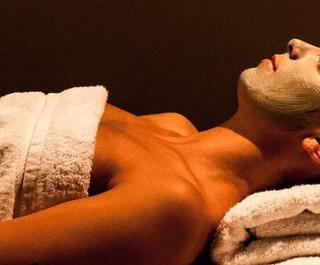