Australia is such a vast and varied country, where untouched wilderness means both tropical rainforest and harsh alpine planes. Queensland alone is home to more than 300 national parks, from the Scenic Rim in the states southeast to the Daintree in Far North Queensland. There are too many to mention them all, but here is a roundup of some with that spark the most wanderlust.

Let’s start close to home shall we? Lamington National Park is a stone’s throw from both the Gold Coast and Brisbane, making it one of the most accessible in Queensland. Part of the Gondwana Rainforests of Australia World Heritage Site, Lamington National Park is a sonata of ancient rainforest, scenic vistas, waterfalls and native birdlife. Take the Tree Top Walkway through a canopy of natural flora, drink in dramatic views to the Gold Coast and cool off in one of the park’s many creeks and waterfalls. 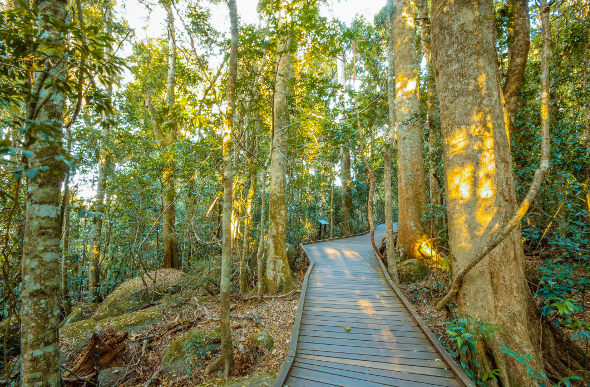 This wilderness is an oasis in the heart of outback Queensland. Located between Roma and Emerald, Carnarvon Gorge is a steep sandstone canyon with hidden gorges, caves and pockets of rainforest with some of the world’s largest ferns and beautiful hanging gardens. Take a dip in a shadowed swimming hole and discover ancient Aboriginal rock art on the sandstone walls. 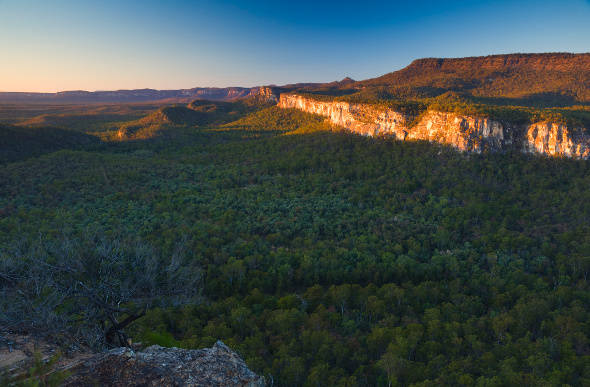 Arguably Queensland’s most well known destination, the Whitsunday Islands National Park is made up of 32 islands 25 kilometres off the coast from Airlie Beach. The Whitsundays are a haven of picture-perfect rainforests and crystal clear blue waters bordering the Great Barrier Reef and the mainland of tropical north Queensland. A main highlight is the world-renowned Whitehaven Beach. 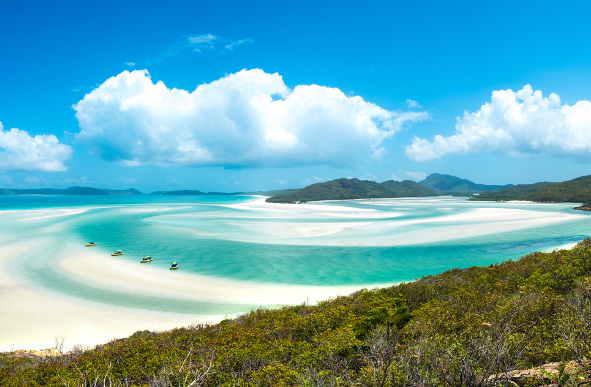 This is Queensland’s most remote national park. Located 340 kilometres northwest of Mount Isa, Boodjamulla is an isolated oasis distinguished by epic gorges, sandstone ranges and views as far as the eye can see. If you reach this region of the state you’ll be welcomed by abundant wildlife, canoeing and cultural sites, accessible by camping at the Lawn Hill Gorge. Any trip to Far North Queensland requires a visit here. 80 kilometres north of Cairns, the Daintree is home to vast gorges, spectacular rainforest and rare flora and fauna. Highlights include serene swimming holes at Mossman Gorge, seeing mighty saltwater crocodiles in the wild and where the rainforest meets the reef at Cape Tribulation. 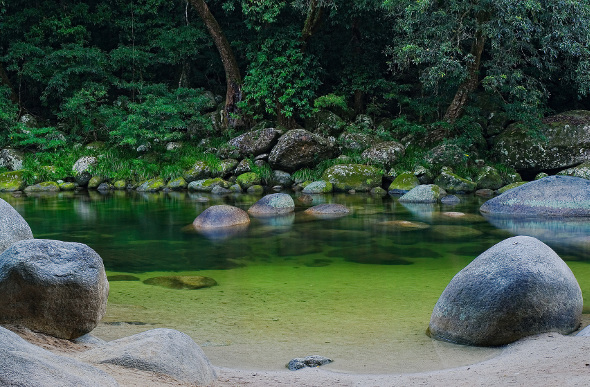 The last but certainly not the least, this is home to one of Queensland’s most popular destinations: Fraser Island. The world’s largest sand island, Fraser Island is accessible via 4WD only, and popular for camping, fishing, diving, bushwalking and whale watching. The Great Sandy National Park also includes a section of mainland coast from Noosa Heads to Rainbow Beach, also accessible via 4WD only. 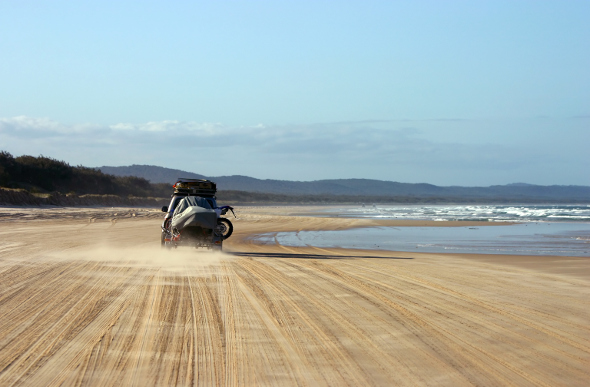