Everyone needs a holiday once in a while. Trouble is, not everyone has time to dedicate to a week-long jaunt overseas. Fortunately, a weekend away in your own backyard is something of an Australian institution and with its glittering coastlines and charming regional towns, New South Wales is the perfect place to indulge in one. 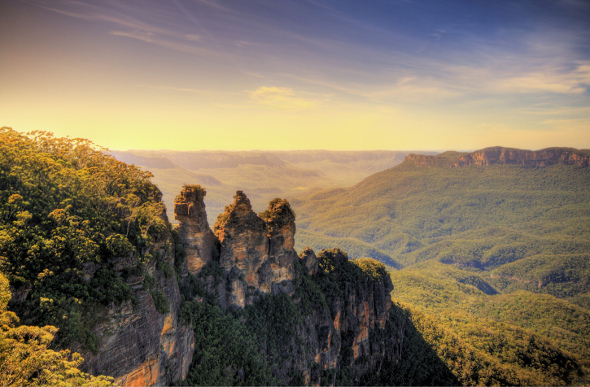 The Three Sisters rise up of the Jamison Valley. (Getty)

The Three Sisters rise up out of the Jamison Valley like a jagged sliver of molten earth. Undoubtedly Katoomba's most scenic natural attraction, they're just one of the reasons many Sydneysiders pack up the car and hit the Great Western Highway en route to the Blue Mountains each weekend.

Located around 110 kilometres from the centre of Sydney, Katoomba is the Blue Mountains' largest town and a favourite weekend destination. Home to two of the region's most storied hotels, The Carrington and Lilianfels, Katoomba is as renowned for its genteel ambiance as it is for its spectacular mountaintop views.

Neighbouring Leura is a more laidback affair, boasting boutique shops jam-packed on weekends with day trippers and a thriving restaurant scene anchored by the award-winning Silk's Brasserie. If fine dining and fancy threads aren't quite your scene, the Blue Mountains are also home to some of the finest bush walks in New South Wales.

Travel Tip: Avoid heavy weekend traffic by catching the train to and from Katoomba instead. 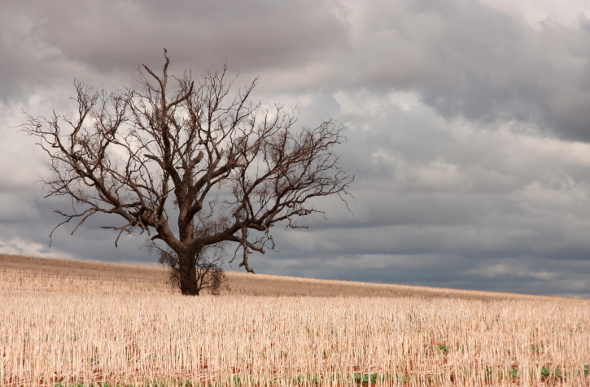 Searching for a slice of Scotland in the heart of New South Wales? Look no further than the Southern Highlands – just a 90-minute drive from Sydney and boasting its own annual Scottish festival in the town of Bundanoon each year.

Come weekends, the decidedly twee streets of the Highlands' commercial centre Bowral are packed with day trippers eager to secure a bargain in one of the town's numerous antique stores. The town's now legendary Tulip Time festival also draws countless visitors, while Bowral is also home to picturesque Bradman Oval and the nearby International Cricket Hall of Fame.

Historic Berrima, charming Moss Vale and the ghost town of Joadja are some of the Highlands' other major attractions, while the temperate region has more recently attracted widespread acclaim for the quality of its wineries. 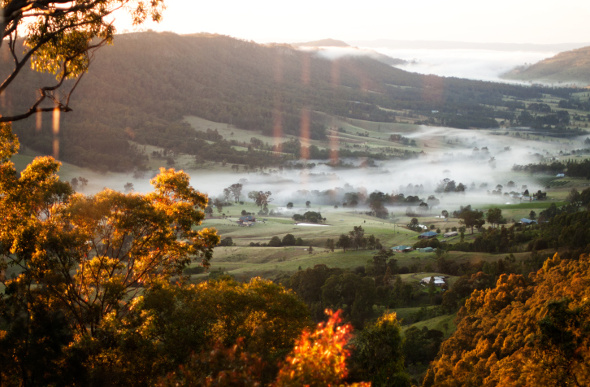 A misty morning in the Hunter Valley. (Getty)

What's a trip away without a glass of wine? You can enjoy plenty of those in the Hunter Valley – one of Australia's most productive wine regions and a popular weekend getaway from Sydney.

Newcastle is the Hunter's largest city, and this rejuvenated beachside hub is well worth a visit in its own right. Yet it's 50 kilometres west of Newcastle that most backyard break adventurers are headed, where the delightful town of Pokolbin acts as a focal point for the region's world-class wine industry.

Dotted in and around Pokolbin are some of the Hunter's most beloved wineries, including Tyrell's, Audrey Wilkinson and the scenically located Peppertree Wines. Further afield, Cessnock and Maitland are both charming country towns, making a weekend away a popular pastime in the Hunter Valley. 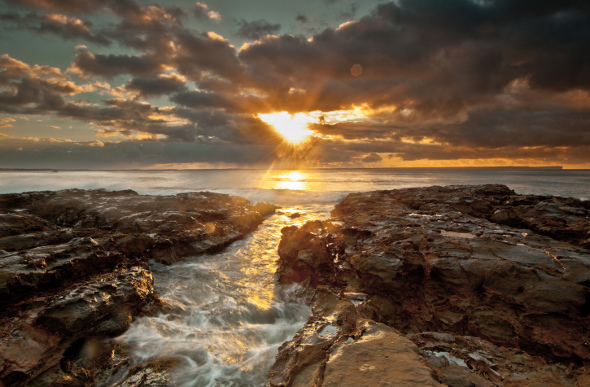 Ever wanted to see whales in the wild? Look no further than Jervis Bay, one of Australia's premier whale-watching destinations, nestled snugly south of Nowra in one of New South Wales' most scenic coastal regions.

At almost 200 kilometres from Sydney, the small community of Jervis Bay is more a two-day break than a jovial overnight jaunt. But while it may be slightly more remote than the average weekend stay from Sydney, it's also a region of jaw-dropping natural beauty.

With the crystal clear waters of the bay lapping at some of the east coast's most pristine white sand beaches, it's little wonder Jervis Bay is one of New South Wales' most popular destinations. It's also a great place to go scuba diving, with colourful marine wildlife, dense rock caves and even the occasional shipwreck enticing divers of all ages and skill levels.

Travel Tip: Though easily accessed from New South Wales, the southern portion of Jervis Bay is actually a territory of the Commonwealth of Australia. 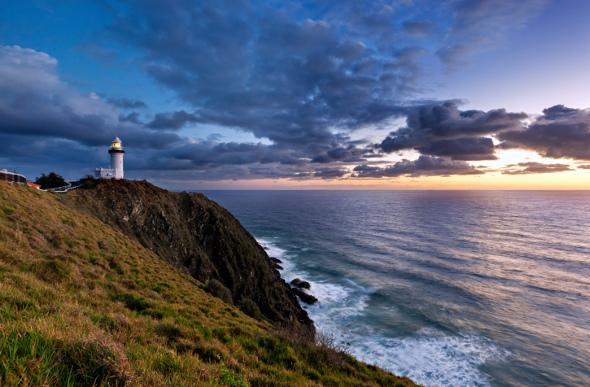 Byron Bay's lighthouse is on the eastern edge of Australia. (Getty)

Does New South Wales boast the best beaches in Australia? There'll be fierce debate from those north of the border in Queensland, but that doesn't stop plenty of Brisbane locals from hitting the highway and heading south to the bounteous beaches of Byron Bay.

Located a leisurely two-hour drive from the Queensland capital and perched out on the most easterly point of Australia, Byron Bay has long been a haven for those seeking out an idyllic coastal retreat. That's exactly what they find in a town featuring a diverse range of accommodation, from humble campsites to top-of-the-range luxury resorts like the Gaia Retreat and Spa.

Byron's undeniable charm stems not just from its glorious beaches, but from its laid-back small-town ambiance and burgeoning cafe culture. Not just a hang-out for the alternative set, Byron Bay is an all-inclusive kind of town and the perfect weekend getaway for those looking to escape the big smoke of Brisbane.

Travel Tip: Byron Bay hosts several major festivals throughout the year, during which accommodation in the town can be scarce.