With its endless shopping options, luxurious spas, jaw-dropping rooftop bars, astounding cuisine and world-famous nightlife, Bangkok is a city seemingly tailor-made for adults. But there’s no need to leave the kids at home, because the Thai capital also has plenty to keep children entertained. Here are five of Bangkok’s best attractions for kids. 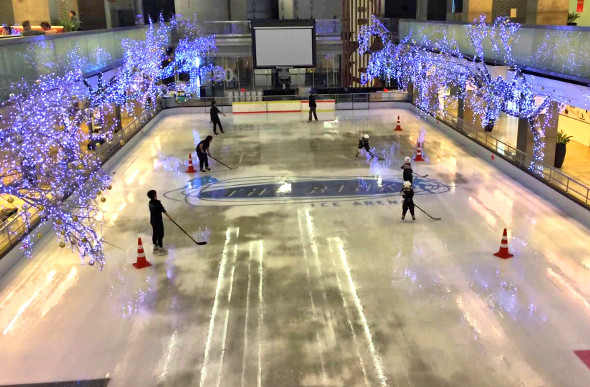 Ice skating is a great way to escape the Bangkok heat.

Outside the midday sun is beating down. Inside people are wearing jackets and jumpers as they glide across a vast, thick sheet of ice.

Bangkok is renowned for its year-long heat and there are few better ways to cool off, without getting wet, than at one of its indoor ice-skating rinks. There are more than half a dozen rinks across the city, with two in central Bangkok near the key tourist precincts.

Central World shopping centre, between Siam and Chitlom skytrain stations, has a good-sized ice rink which is open year round. There is a similar-sized rink at Central Rama 9 shopping centre, directly next to Rama 9 underground station. 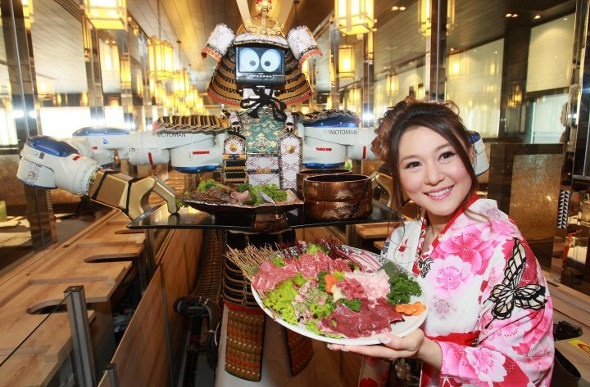 Children can tend to get restless at dinner time. Who better to keep them in their place during a meal than a robotic Japanese Samurai? Called Nong Robot, which essentially means baby brother robot, a metallic Japanese warrior rules the roost at Bangkok’s Hajime Robot Restaurant.

Robot restaurants first became famous in Japan, where they proved particularly popular with children. Now the Hajime chain has opened a similarly whimsical restaurant in Bangkok’s inner south-east, where Nong serves up your meals with the expressionless efficiency one would expect from a robot.

Simply choose dishes from the menu, press a button placed near your table and Nong will deliver your meal in his metallic mitts. Hajime’s Japanese food ranges from Teppanyaki to Shabu Shabu and fresh-made sushi. 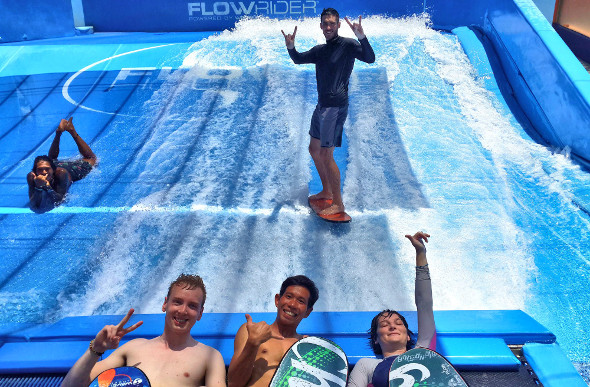 Thailand is not known for surfing. In fact, its flat ocean surfaces help make its many beach resorts so appealing to swimmers.

However, in the heart of Bangkok not far from the Asoke entertainment hub, Flow House brings Australia’s favourite ocean sport into a skyscraper-dominated landscape. Called the FlowRiders, its simulated surfing machine sees a surge of water flow over a foam-capped, wave-shaped concrete hump.

If you have the requisite balance you can stand on a surfboard and ride this artificial wave or take the easier option of tackling it on a bodyboard. While their kids learn to become the next Mick Fanning, parents can watch on from the bar and restaurant that overlooks the wave machine. 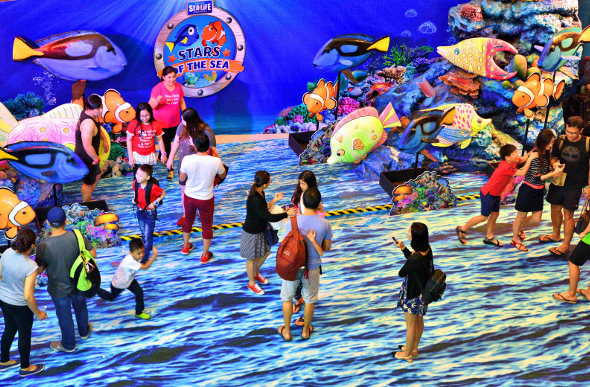 Why not go shopping on top of literally hundreds of sea animals? You can do this at perhaps Bangkok’s most popular shopping centre, Siam Paragon, in the hub of the city’s Siam shopping precinct.

In the basement is Ocean World, one of the largest aquariums in South-East Asia. From terrifying tiger sharks to cute clownfish, playful penguins, eerie eels, majestic manta rays, adorable otters, and translucent jellyfish, Ocean World’s inhabitants are both entertaining and educational.

If you’re feeling extra brave, you can take part in one of Ocean World’s immersive experiences, which include diving with the sharks in their tank, or feeding fish from a boat atop the tank’s surface. 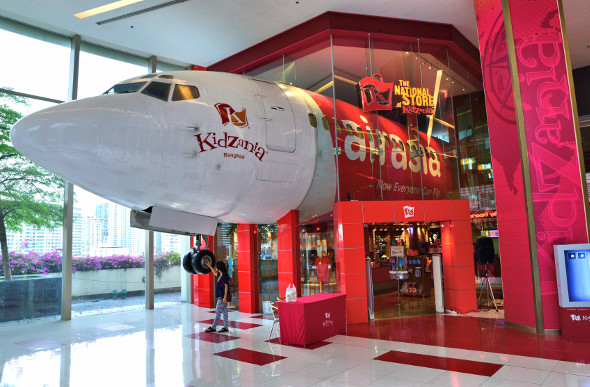 KidZania Bangkok is both fun and educational for kids. Picture: Ronan O'Connell

Like Ocean World, KidZania is both fun and educational for children. Also located in Siam Paragon shopping centre, it is a world where the kids rule.

Now that may sound a touch unsettling at first, but it works just fine. Described as an 'edutainment centre', it is a scaled-down town, complete with offices, homes, shops, service outlets and public transport.

Kids can try out 80 activities and careers within this virtual city – work in a bank, a barber shop, beauty salon, forensic lab, auto repair shop or arts studio, to name a few. All the while they earn virtual currency and have a whale of a time.