Australian artist Brett Whiteley was a prodigious traveller, from the moment he won the Italian Government Travelling art Scholarship in 1960. Something of a rock star in the art world, he lived, worked and exhibited all over the globe, including Australia, Europe, London, Fiji, Vanuatu, Morocco, and the US – even living for a time at New York’s famed Chelsea Hotel.

Years later, I received a discount at that very hotel on account of our common nationality, the receptionist waving a hand at a painting on the wall with which, he claimed, Whiteley had paid his bill. (One of Whiteley’s paintings from that era, Paul Gaugin on the Eve of His Attempted Suicide, Tahiti, sold last month at auction for more than $2 million.)

Having sat and stared at #brettwhiteley 's "The Balcony 2" for hours over the last 20 years or so, I can safely say that it will NEVER cease to blow my lavender blue loving brain to smithereens

But it was the artist’s Sydney Harbour paintings in Winsor & Newton Ultramarine that captured my attention when I moved to that city. These days you can see the iconic Sydney sights he captured in those artworks, as well as his work and exhibition spaces, and his wife, Wendy’s, secret garden. 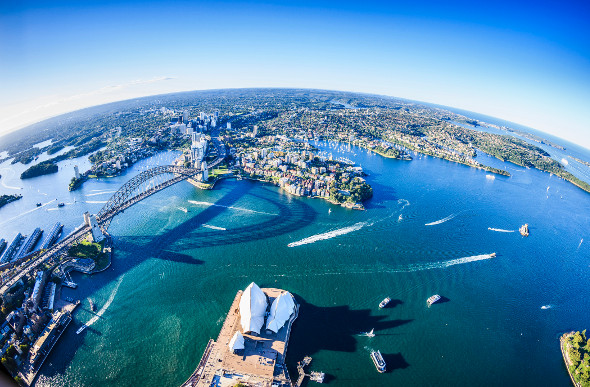 Whiteley depicted the famous Sydney Harbour Bridge in his painting The balcony 2. Take a walk across the east side of the bridge for great views of the Sydney Opera House – another icon that inspired Whiteley. Don’t forget to look down to see the white wakes of boats that he depicted so well. You can even climb ‘the coathanger’.

For more views on high, take a scenic flight over the harbour. On foot, try the Sydney Harbour Bridge to South Head Walk. Or kayak, cruise, or catch the ferry to experience its magnificence from the water.

'Painting is an argument between what it looks like and what it means.'

Run by the Art Gallery of New South Wales, the Brett Whiteley Studio at Surry Hills is open to the public on Fridays, Saturdays and Sundays. This is where he worked and lived from 1987 to 1992.

Here you can see his unfinished paintings, art equipment, reference books and a graffiti wall covered with quotes and images. Take a life drawing class, or check out the rotating exhibitions – his tributes to Francis Bacon, Matisse, van Gogh, Bob Dylan and Rimbaud are on show now, followed by an exhibition of his nudes from November 18. 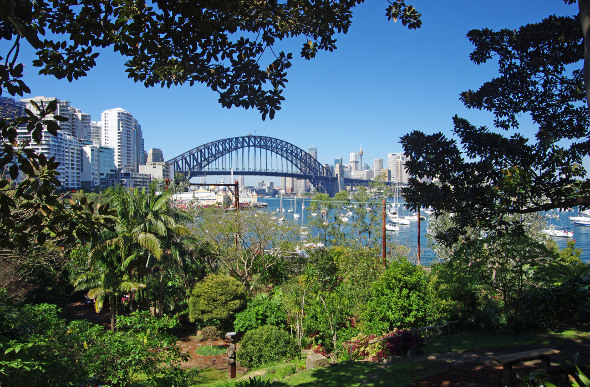 Lavender Bay is where Whiteley lived for a time with his wife, Wendy, and daughter, Arkie, and it is where after his death in 1992 Wendy carefully tended an overgrown patch of government land at the back of their house. In the years since, it has been transformed into a glorious tiered garden sanctuary right on the harbour, and last year was protected for public use with the signing of a 30-year lease with North Sydney Council.

Art Gallery of NSW, The Domain 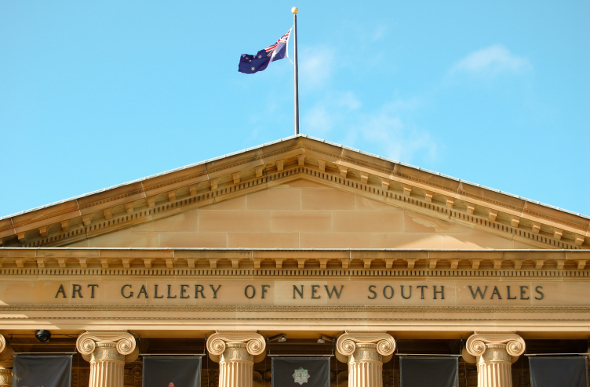 The Art Gallery of New South Wales has about 100 Whiteley works of art, not all of them on display. But you can see The balcony 2 in its 20th & 21st c Australian galleries.