The 5 Best Day Trips From Brisbane

The 5 Best Day Trips From Brisbane

More rental cars leave Brisbane Airport than any other airport in Australia. True story, and the numbers don't lie: the Sunshine State capital really is the perfect hub for highway warriors.

In one direction, the glittering Gold Coast cityscape calls for you to replace those driving moccasins with dancin' shoes. To the north, the mega-chill Sunshine Coast towns egg you on to go barefoot along the beach.

From trekking rugged offshore islands to following food and wine trails, with two hands on the wheel and a free weekend up your sleeve, these day trips from Brisbane are well worth hitting the road for.

Soak up some rays on the Sunshine Coast

Distance from Brisbane: 1.5 to 2 hours 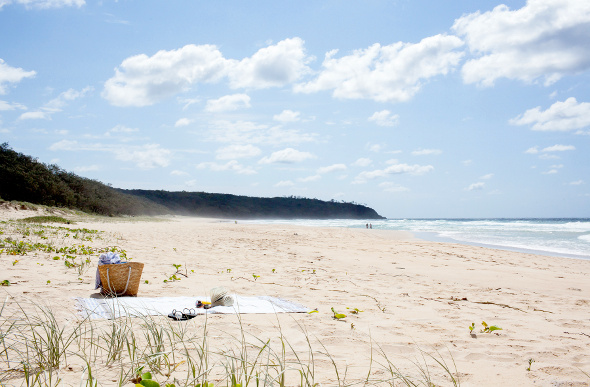 Hidden beaches are all the rage on the Sunny Coast (Image: Claire Plush)

The traffic schlepping back to Brisbane on Sunday afternoons may make you think otherwise, but the 'Sunny Coast' is still somewhat of a local secret.

While plenty of folks can't resist the sizzle of the Gold Coast, savvy travellers with an urge to unwind make a beeline for Caloundra, Mooloolaba and Noosa.

Uncrowded beaches and ample B&B country bring the best of both worlds to the Sunshine Coast region. Make an early start at the iconic Eumundi artisan markets before an organic lunch on Hastings Street in Noosa.

On your way back to Brisbane, take the scenic route through the Sunshine Coast Hinterland, passing through the poetic towns of Montville, Maleny and Mapleton, stopping for some mandatory Devonshire Tea and antique hunting.

Head for the hills in the Gold Coast Hinterland

Distance from Brisbane: 1 to 1.5 hours 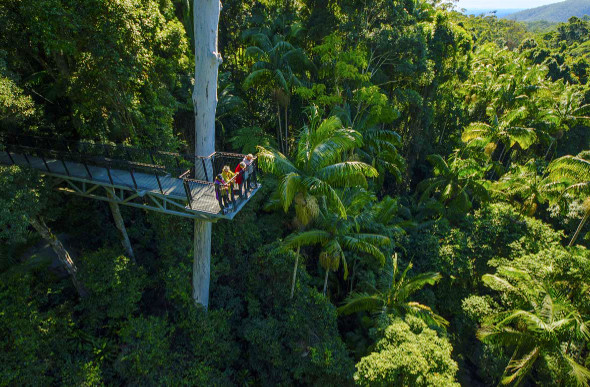 On top of the world on the rainforest skywalk (Image: rainforestskywalk.com.au)

The Gold Coast needs no introduction, but it's not really day-trip territory. It would take you more than a day to sample the 40 signature flavours at Coolangatta's Gelato Messina alone!

Instead, visit where the green meets the gold. The winding roads of the Gold Coast Hinterland are practically made for leisurely weekend drives.

Explore the Scenic Rim and walk among the treetops at the Tamborine Rainforest Skywalk, before heading back down to earth with a sneaky wine tasting and picnic lunch half an hour away at O'Reilly's Canungra Valley Vineyards.

Continue on for about an hour to chase waterfalls at the ethereal Natural Bridge in Springbrook National Park, then it's time to loop around and make the quick trip back to Brisbane on the Pacific Motorway.

Scratch beneath the Sunny Coast surface with 5 Sunshine Coast Beaches You Might Not Know
Want to get on the road in the Far North? Road Tripping Tropical North Queensland
Ready to get off-road on the sandy highway? Up To My Axels In Adventure On Fraser Island

Glamp it up in Southern Queensland Country 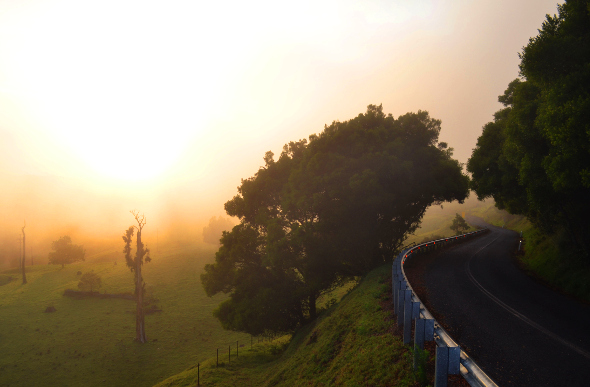 It's a region you might not be familiar with, but that's exactly what makes it so special. Head west of Brisbane towards Toowoomba and you've entered Southern Queensland Country territory. You'll know you're there when the air seems crisper and the pace suitably slower.

Oozing country charm, Toowoomba surprises visitors with its quirky cafe culture, street art and annual blooming Carnival of Flowers, while about 45 minutes south you can get an extra floral fix in the endless sunflower fields of Allora.

Continue on to Stanthorpe at the heart of the Granite Belt region to sample some of the best apples in the state, and make sure you stock up on handmade preserves, farmhouse cheeses and local cool-climate wines before making the two-and-a-half hour journey back to Brisbane. 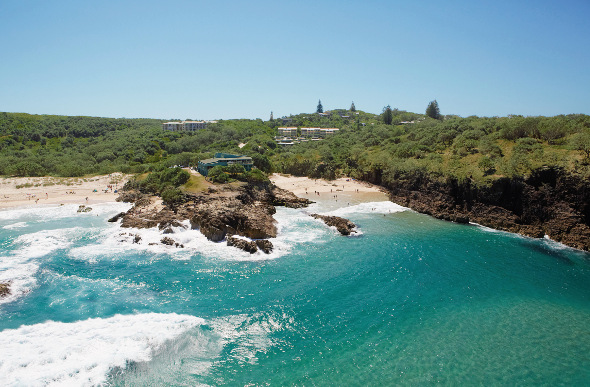 Spending a day at 'Straddie' is a summer ritual for Brisbanites. North Stradbroke Island is located across Moreton Bay just a few clicks southeast of Brisbane city.

There are three ferry companies that make the trip from Cleveland (on the mainland) to Dunwich (Stradbroke Island) around the clock, including barges that can accommodate your own wheels.

Once you're on the island and with the appropriate permit, you can hit the sand highway on Main and Flinders Beaches, or paddle out into the thumping surf under the watchful eye of lifeguards on Cylinder or Main Beach.

There are a handful of small communities on the island that man the cafes, surf clubs and gelatarias, which are a welcome treat after trekking around Point Lookout in search of migrating Humpbacks. 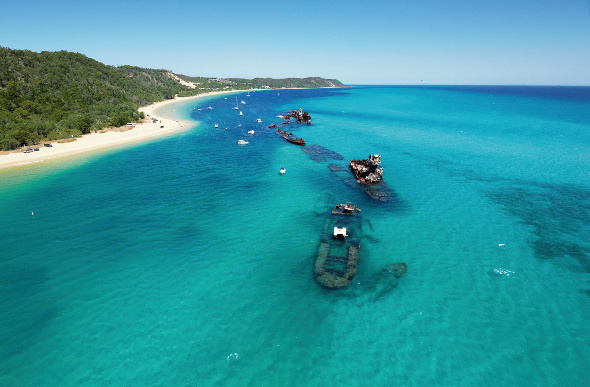 If a day spent tobogganing down sand dunes, taking a dip in Champagne Pools and hand-feeding wild dolphins sounds like your scene, look north of Brisbane to Moreton Island.

From the ferry point at Tangalooma Wrecks, you can don your snorkel and wade around the rusty bones of 15 vessels that were purposefully sunk to create a diving nirvana.

Just a little ways south is the Tangalooma Island Resort, famed for the pod of wild bottlenose dolphins who arrive each night to snack and socialise with the crowd.

Nature lovers will have to still their beating hearts when they discover more than 98% of the island is National Park. If you've got a trusty 4WD, why not venture along the sand tracks and find your own private slice of island paradise?

Visit your local Flight Centre store or call 131 600 for more advice and the latest deals on travelling to Brisbane.