Brisbane is a city progressively on the rise and increasingly becoming known for its boutique offerings. A sign of the times perhaps, the Heritage-listed The Inchcolm Hotel has recently undergone a major refurbishment.

Catering to a high-end crowd, the hotel offers an escape from the hustle and bustle of the city. Guests can relax in free-standing baths, dine at the hotel’s downstairs bar and restaurant, and get wrapped up in modern elegance sleeping in a four-poster bed. 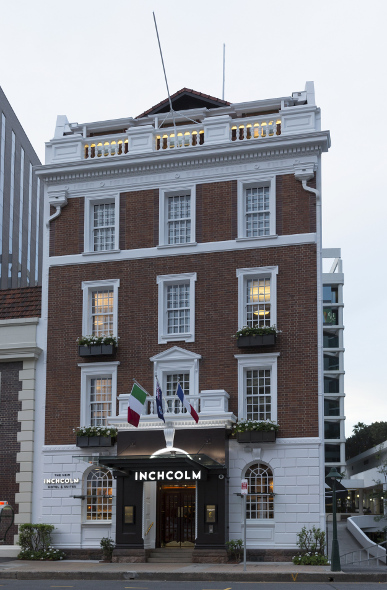 A little bit of history: the Inchcolm building dates back to 1880 when Dr John Thomson built his personal residence on the site. Thomson was an accomplished doctor, scientist, astronomer, psychologist and revolutionary photographer.

The Inchcolm is named after Scotland’s Inchcolm Island. The building that houses the hotel today was originally built in the glamorous 1920s era, replacing the doctors home and practice; it was designed to accommodate a number of rooms for medical specialists. 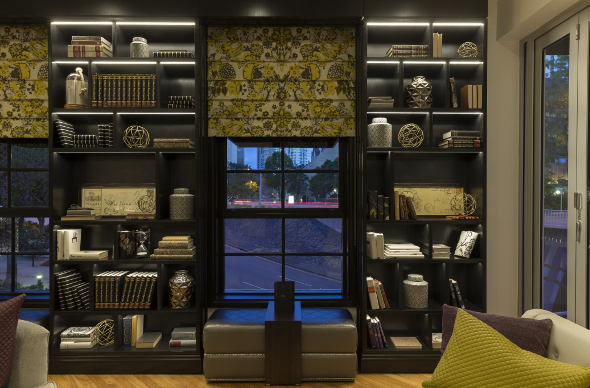 In 1997 the building was given a breath of new life – with a vision to create a New York style boutique hotel. Now, 17 years later, the Inchcolm is back as The New Inchcolm Hotel and Suites, part of the M Gallery Memorable Hotels by Accor.

A building with so much history, the hotel brings that old world charm into a modern light with impeccable style and clandestine character. All rooms feature Nespresso coffee machines, Appelles Black Label amenities, 24-hour room service, complimentary Wi-Fi and a turn down service. 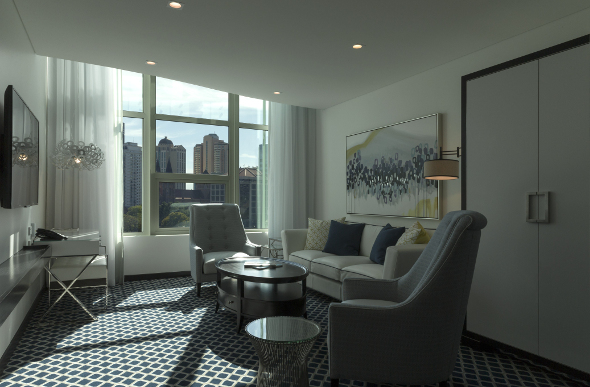 Deluxe suites feature floor-to-ceiling city views that have been designed to let the warm Queensland sun shine in. One-bedroom suites are spacious with a separate lounge to entertain, or be entertained in. Two-bedroom suites offer a home-away-from-home and both bedrooms are kitted out with their own flat-screen LED televisions. All suites include a ‘maxibar’ (the antithesis of the ‘mini-bar’). 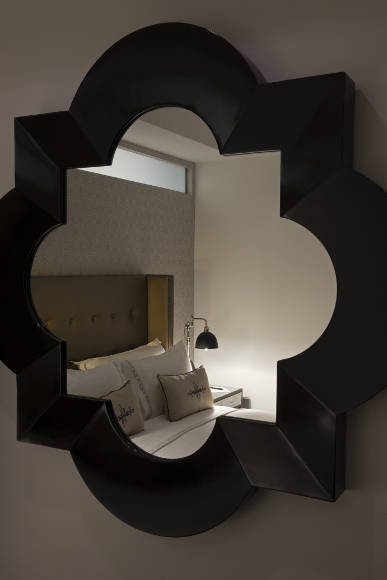 A peak inside the suites

The Inchcolm loft is a split-level space designed for guests who appreciate the finer things in life; it is located on the top floor of the hotel with ample room to stretch out and relax in luxury. Finally, the Thomson suite sees guests stepping back in time to the glamorous Art Deco era; the room is replete with a four-poster king bed and free-standing indulgent bath. Rooms and suites range from $299-699 per night. 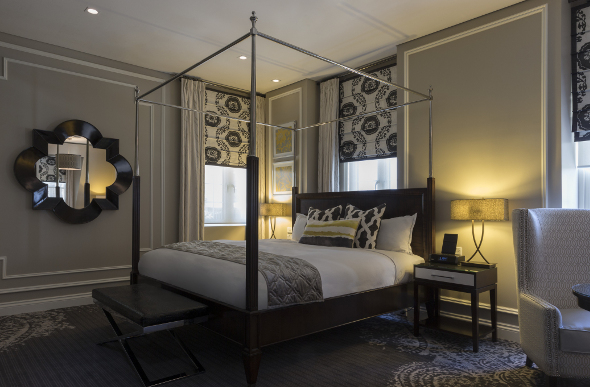 The hospitality doesn’t stop outside the bedroom either, with plenty of opportunity for both hotel guests and visitors to wine and dine in style at the Thomson’s Reserve Restaurant and Socialites Bar. Senses are taken on a journey when dining – indulge in seasonal cuisines crafted using the best local, sustainable, organic produce available. The signature breakfast, The Healthy Highland (Fling) features a cleansing green juice, superfood grain muesli and fruit and yoghurt. For the daring, bacon-wrapped sausages are also on the menu. 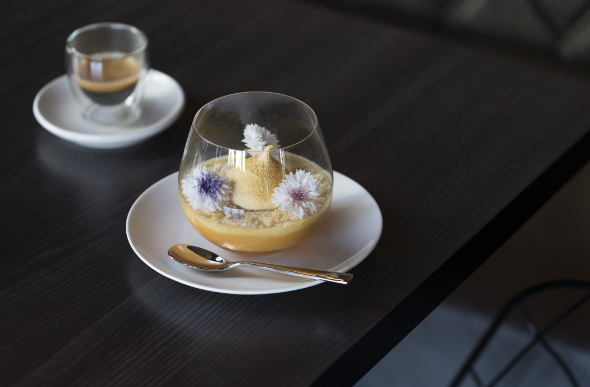 For dinner you’re invited to enjoy an entree of ceviche of North Queensland kingfish with watermelon, grapefruit and chilli, perhaps followed by a main of Cape Byron grass fed beef eye fillet, or a pressed organic duck leg. Then followed by a cornbread and buttermilk pudding with pineapple, lemongrass, coconut and mint for dessert. Thomson’s Reserve Restaurant serves breakfast, lunch and dinner seven days a week.

As for a nightcap? Choose from a wide range of Whiskeys from Scotland, Japan, Canada as well as one or two from Victoria and Tasmania. The beer menu enlists a fine selection of local brews. The wine list is proudly almost entirely dominated by Australian producers, with the only exception to anything outside of Australia naturally coming from Champagne in France for the bubbles. The Socialites Bar is open seven days a week, until late. 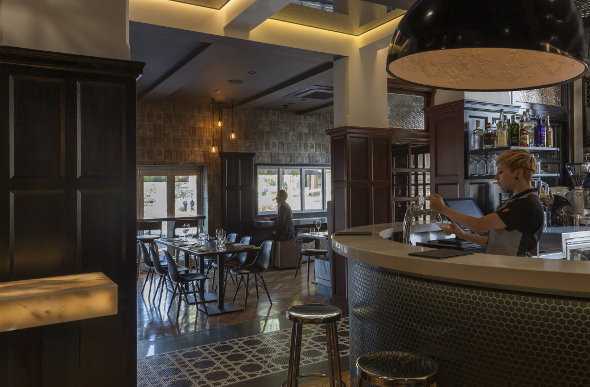 Brisbane, more history and charm than meets in the eye!