Which Is The Best Canadian Ski Resort For You?

Which Is The Best Canadian Ski Resort For You?

It’s prime time for the Southern Hemisphere’s snow season, but there’s no reason why you can’t be thinking ahead to November to take advantage of one of the world’s premier skiing and snowboarding destinations: Canada. Our North American neighbours across the globe are blessed with large mountains, world-renowned resorts and a snowfall that is unrivalled when at its peak.

Thanks to the Commonwealth bond between Australia and Canada, it’s very easy to duck across for a short or long Canada ski holiday, or to even work the ski season at one of the various resorts. Speaking of, although each resort provides the necessities for a memorable snow holiday, they’re all known for possessing a certain element that sets them apart from the rest. 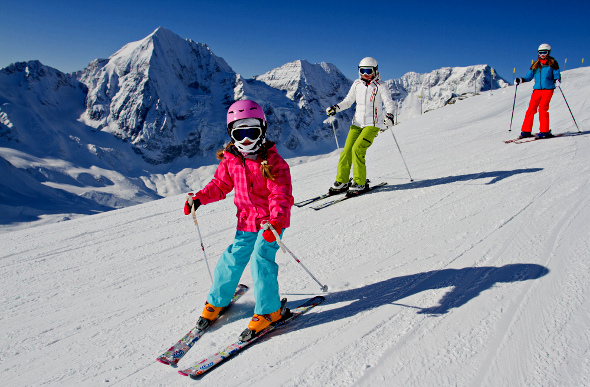 The joy of skiing is an experience worth sharing

It’s important to know what each resort is recognised for, so you can choose one that suits your needs, whether that’s high-quality beginner facilities, epic terrain parks or something else.

Despite being the third-largest ski area in Canada, Sun Peaks still remains relatively uncrowded, probably because it’s only seen major additions and improvements over the past 10 years. One of these additions was upgrading the ski school facilities, which are now some of the best in Canada. Beginner skiers and riders can receive lessons from expert instructors and aren’t pressured into tackling difficult slopes, thanks to the range of cruisy beginner and intermediate runs.

Although there are a few bars in the village, the nightlife isn’t very prominent as Sun Peaks remains a family-centric resort. Child-minding facilities look after the younger kids while mummy and daddy carve some powder and there’s a range of family-friendly activities including a bungee trampoline, sleigh rides and snow tubing. 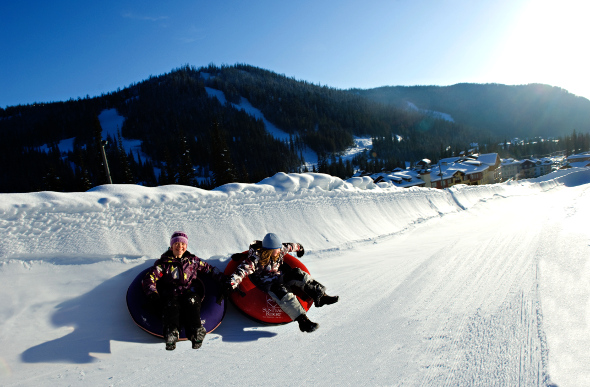 Red Mountain is another snow destination that remains popular with locals and experienced riders, but still flies under almost everyone else’s radar, resulting in less-crowded slopes and far more affordability than other Canadian ski resorts. Red Mountain has runs of varying difficulty and other features, but is best-known for its challenging off-piste terrain.

There are four backcountry peaks that offer steep runs and you often find that it’s only you and your companions riding the slopes. This is rugged skiing and snowboarding at its finest, so be prepared for the elements and unrestricted fun.

Most of those who embark on a skiing or snowboarding holiday intend to hit the slopes on almost every day, but sometimes you’re tagging along just for the holiday and even hardcore riders need a break. Whistler Blackcomb prides itself on not only providing the biggest ski area outside of Europe, but also a variety of off-slope activities to keep everyone happy.

All ages can enjoy a calmer approach by going to the tube park, ice skating or on a sleigh ride, and there are also wilderness adventures in the form of snowmobile and dog-sled tours that take you through the picturesque Canadian countryside. Whistler also has a world-renowned bar and club scene. The variety is astounding for such a small community; you can choose from cocktail bars, lounges, live music venues and raving DJ clubs. 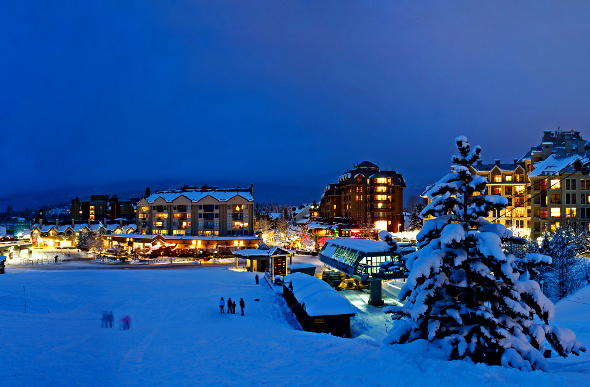 Receiving over 12 metres of powdery snowfall each year, Whitewater is easily the best Canadian destination for deep, fresh snow. This wonderful snowfall doesn’t go to waste, thanks to runs down three different sides of the mountain, especially the 623-metre-high Glory Ridge.

Despite its unbeatable snow quantity and quality, Whitewater continues to maintain a low profile, attracting locals and anyone who’s heard of its stunning environment and off-piste areas. The village is much smaller compared to other resorts; however, you still have access to all the necessities including ski and board rental, dining and drinking establishments, a ski school and a child-care centre.

As one of the Banff ski resorts, Sunshine is blessed with impressive snowfall and a close proximity to the lively town of Banff. However, many keen skiers and snowboarders know it for having premier terrain park facilities that are arguably the best in the Canadian Rockies.

The terrain park is broken up into three sections, which have a variety of fixtures for performing tricks. You can find boxes, jumps, rails, bridges and tubes of differing sizes capable of enabling you to pull off gnarly stunts and aerial moves.