Duncan Robertson, star and host of Duncan’s Thai Kitchen, has spent the past 25 years as a chef in a variety of great restaurants, hotels, catering companies, patisseries and fine-dining venues throughout the world.

You don’t need to be a rocket scientist to work out where his favourite destination for holidaying is these days, as he tells Flight Centre: “I have always had a deep respect for Thai people, Thai food and their beautiful country. I feel I have ‘arrived home’ with my Thai family, and have been cooking nothing but Thai food day in day out for many years now.” 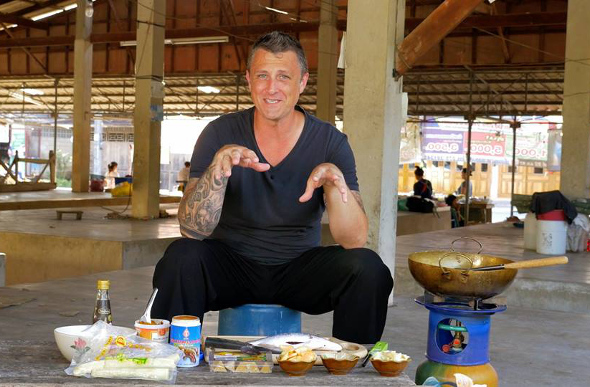 Duncan’s Thai Kitchen is a culinary journey: a documentation of an Aussie chef who cooks Thai, travelling the entire country searching for inspiration. To be taught by the local people from tranquil beaches to bustling Bangkok and from Isaan in the east to the mountains of the north.

However, he still harbours a deep love for his home Down Under.

"Going back home to the southern part of Adelaide," he said when we asked about his favourite Australian holiday. "Wonderful food on the Fleurieu Peninsula, beautiful coastline – it's great people, great wine; a really enjoyable, relaxing place to visit."

We put Duncan in front of our Flight Centre Celebrity Traveller camera to hear about his other travel experiences, from being blocked in by a herd of Moose in Canada to ordering a type of sauce that would make your mother blush, and why he has a love for cruising around the roads in Thailand.