Even Kangaroos Eat Vegemite In The Outback

Even Kangaroos Eat Vegemite In The Outback

The sky melts red and the air is thick. We’re in an open-top safari car, chasing water buffalo on one of Australia’s most iconic cattle stations. The adrenalin is pumping but I feel relaxed as the warm, sweet air flows deep into my lungs. I feel like I'm discovering Australia for the first time – a stark and inspiring land I never knew.

If you're anything like me, when holiday time comes up, you grab the sunscreen and lead the charge to the beach. This time, I've swapped the sandy beaches of my childhood for the sandy plains of the Outback. 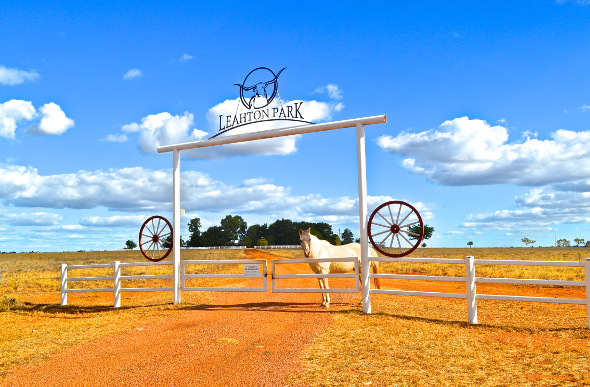 The thing about coming to a place like Leahton Park in Charters Towers is it feels as though you’ve travelled through time. The two-hour drive from Queensland's coastal hub of Townsville delivers you to a place where life is simpler, people are friendlier and the stories they tell, well, they’re so much wilder!

Your journey to this exhilarating world is possible because of a couple of tenacious bush characters, Mick and Linda Bethel. Mick and Linda have lived out-back their whole lives – Mick, a renowned saddle maker, Linda a hard-working cowgirl. 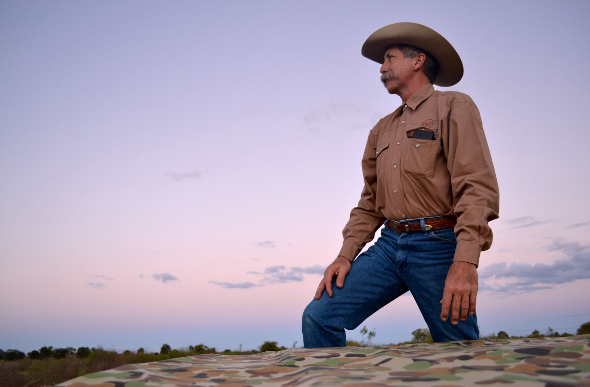 In 2009 they realised there was a certain charm to the life they led and opened their station to venturesome travellers.

The lodging is anything but generic and, in some ways, feels like another version of home. Well, probably not YOUR home. If your Grandma ran a ranch in rural Australia, maybe it would be her home. 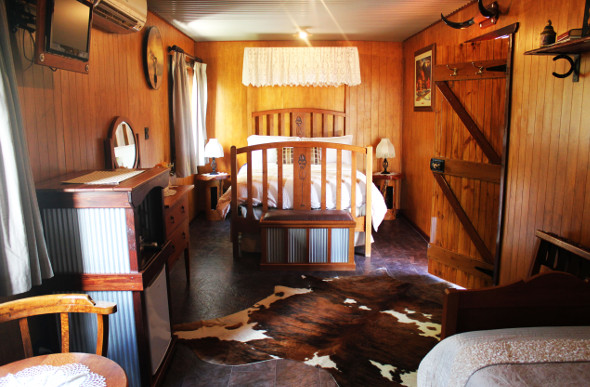 Your home away from home at the Leahton Park Cabins (Image: Alfie Tieu)

The Anzac biscuits on your cabin's mantelpiece are homemade. The soap in the bathroom is hand cut. The majestic wooden breakfast table under the patio was crafted by the bloke on the property up the road.

You share your space at said breakfast table with a kangaroo named Penny, who bounds up gracefully for a pat and a piece of Vegemite toast. A kangaroo eating Vegemite on toast. The only way that sentence could be more Australian is if the kangaroo were named Skippy and wore thongs. Strewth. 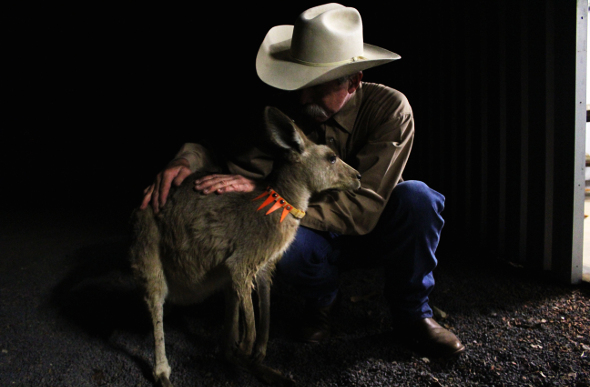 The Outback has its fair share of strange attractions and Leahton Park is no exception. The main drawcard here goes by the name of J.R. You can be forgiven if you haven't heard of J.R., but he is kind of a big deal. He's pretty much famous.

A group of Germans recently knocked on Mick's door in the middle of the night because they were desperate to meet him. J.R. is not a rock star. He's not even a reality TV star.

J.R. is a bull ... a very big bull with very big horns. So big, in fact, Guinness World Records declared them be the longest horns measured tip to tip of any beast in the world. Now that's big! 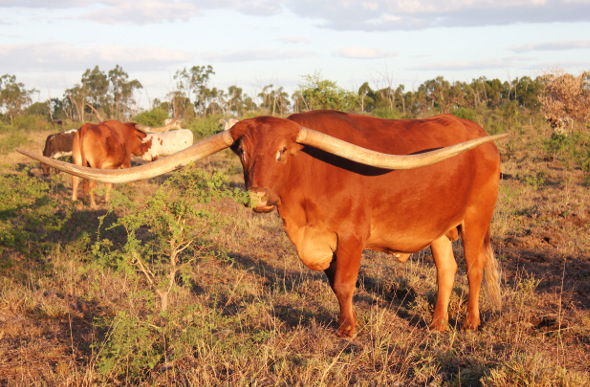 As the sun dips in the seamless sky, we are charging through paddocks as Mick tracks African Watusis, Scottish Highlanders, ibis and bison.

When the day gives way to silhouettes of the night, Mick turns off the engine and we sit in starry silence, listening to the world around us. Not a single siren, car alarm, radio, or man-made noise of any kind. Just us and the Earth.

Then Mick wipes the dust from his brow and straightens his hat. "Let's go home.” 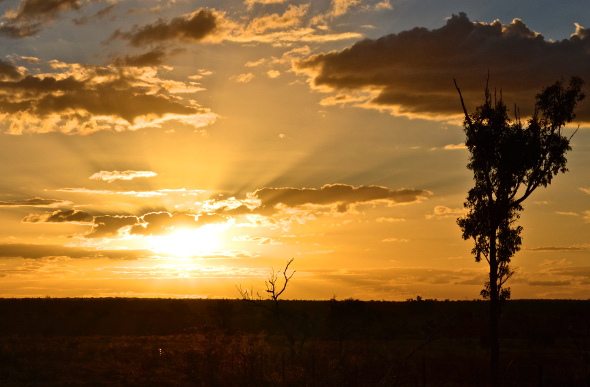 When we score time off work, it's tempting to do what we Aussies so often do – park ourselves by a beach, gleefully sipping cocktails with umbrellas in them and routinely brushing the sand out of the bed before going to sleep each night.

I can't encourage you enough to try something different; to sample a flavour of Australia that so many of us have never tasted. 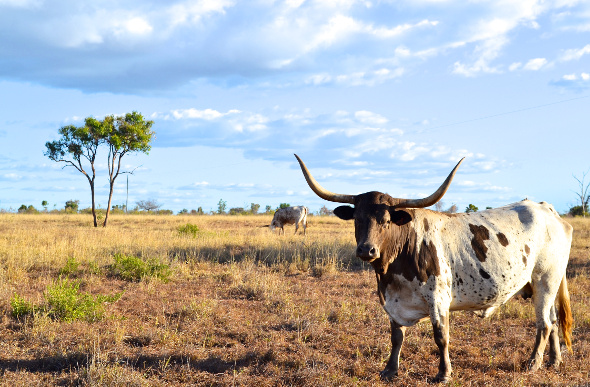 When I think back on my fondest travelling memories, I will think of the never ending landscape of Leahton Park. I will crave the warm air and endless sky. I will try to remember the way I felt when I stared up at the shining night, not wanting to go to bed because it would mean leaving that view.

There are some things you can't buy in a bottle and you can't describe in a brochure. You just have to get out there and experience it for yourself. I came to Leahton Park with enough curiosity to see what was there and I left with something worth much more – the feeling of being alive.

Visit your local Flight Centre store or call 131 600 for more advice and the latest deals on travelling to Townsville.

Jessica Braithwaite is a national weather presenter for Sky News. She’s also a familiar face in our skies, presenting in-flight reports for Qantas news bulletins. Jessica has a fiery passion for travel and adores engaging with the wonderful experiences this world has to offer.
more articles from this author