Cruising Up The Bosphorus From Istanbul

Cruising Up The Bosphorus From Istanbul

While it’s easy to get caught up in the hustle and bustle of Istanbul's Grand Bazaar and the Blue Mosque, it really is worth taking some time out to cruise the Bosphorus. Many of the city's most stunning architecture sit along the waterfront, so a boat ride gives passengers an opportunity to take it all in during just one trip. Sehir Hatlari, the official ferry company, offer a full Bosphorus cruise (around six hours), a short Bosphorus tour (around two hours) and moonlight tours (during the summer months). 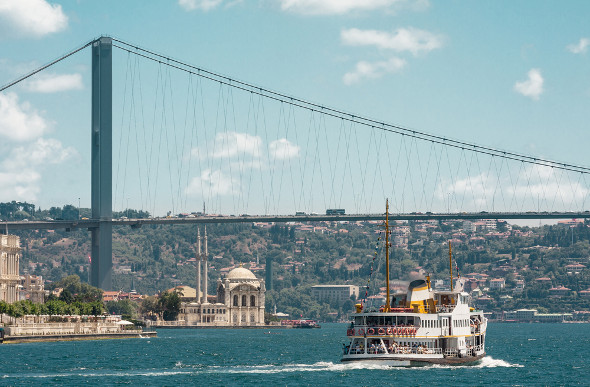 Cruise up the Bosphorus

The full Bosphorus cruise takes you from Eminonu Pier to the Black Sea with several stops along the way to pick people up. At the final destination (Anadolu Kavagi) you’re given the opportunity to disembark and grab some lunch. This makes for a stunning halfway stop and I enjoyed some beautiful seafood by the water before checking out Yoros Castle, a ruined medieval building constructed by the Byzantines. 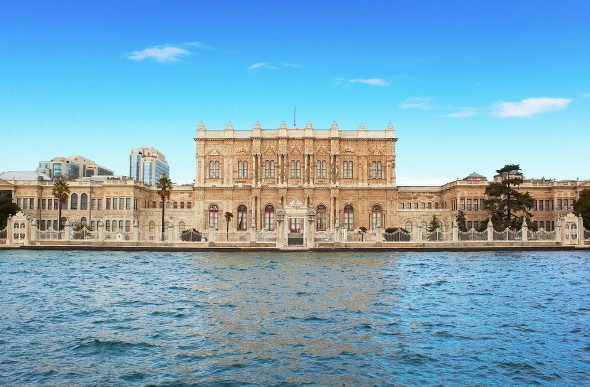 Admire the Dolmabahçe Palace from the water

The short cruise option is a loop of the Bosphorus – a non-stop cruise that takes just over two hours and heads north past the second bridge but not quite as far as the Black Sea. As you cruise away from the old city and the mosques that dot the skyline, you’ll see the Galata Tower, a medieval stone structure that was built in 1348.

See if you can spot various eye-catching landmarks such as the Dolmabahçe and Beylerbeyi Palaces, Galatasaray University and Rumeli Fortress before circling back to cruise under the Fatih Sultan Mehmet Bridge. People describe this as a west-meets-east experience, considering you’re literally in the strait that separates Asia and Europe with so many stunning sights on each side. 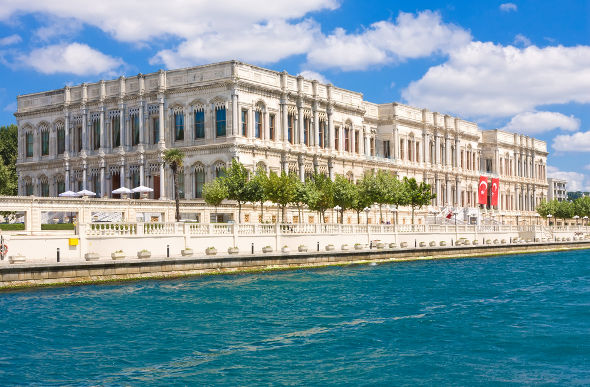 Moonlight tours only run during summer – approximately from June to September. They leave from Eminonu Pier and stop at Anadolu Kavagi, which is just like the day tour. At this time of the day you get to witness the beautiful sunset over the city. This is one for romantics at heart, as the city glows in front of you as the sun begins to set.