The Culinary Stars Of Yorkshire

The Culinary Stars Of Yorkshire

When it comes to the food and dining scene in the UK, London all too often dominates the dining table. Regarded as one of the most influential culinary centres of the world, it overflows with 5-star hotels, a host of celebrity-chef restaurants and enough pubs to crawl that you could go to a new drinking hole every night for a year and barely make a dint.

Yet, 300 kilometres north in Yorkshire, you’ll find the largest concentration of Michelin-starred restaurants and gastropubs outside London.

It’s not every day you come across pub grub that’s considered good enough to earn a world-famous award. The Michelin Guide has been released annually for more than 100 years by French tyre manufacturer Michelin. 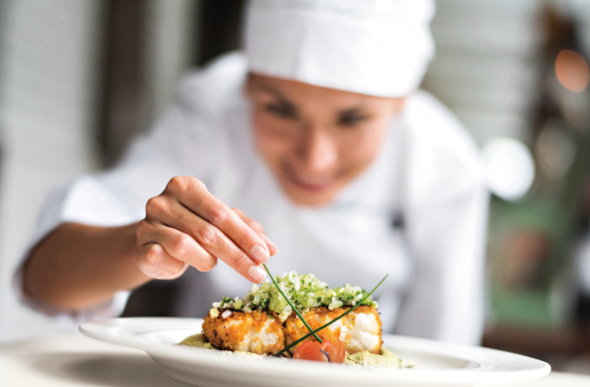 Originally containing useful information for motorists, over time the guide evolved and began conducting anonymous restaurant reviews. The term ‘Michelin star’ was coined and soon became a hallmark for fine dining and quality restaurants around the world. Establishments can earn a one‑, two- or three-star rating based on the quality, mastery of technique and consistency of food.

Want to experience the Michelin effect for yourself? Start planning your culinary road trip to the north next time you’re in the UK.

This modern French gem has retained its Michelin star for a 10th year running. Opened in 1962, The Box Tree has an extensive wine cellar and a unique collection of art and antiques. The menu boasts modern and classic French dishes with a focus on fresh and local produce.

Try the wild Scottish venison or the squab pigeon with seared foie gras, or stick to the much-loved roast sea scallops with celeriac puree and white truffle oil or Box Tree signature souffles.

Open Tuesday to Saturday for dinner, and Friday to Sunday for lunch. 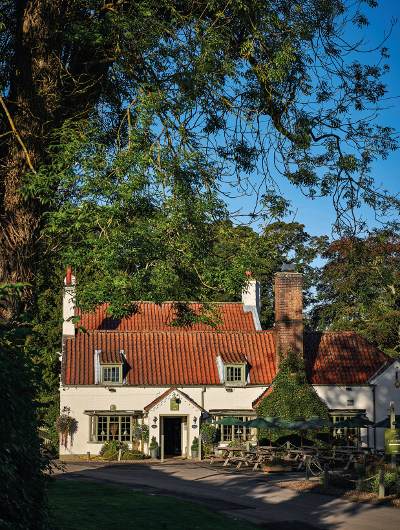 This 18th-century coach house and shooting lodge on the edge of the stunning Nidderdale Valley is now home to an award-winning kitchen.

What's On Your UK Menu?

The Pipe and Glass Inn

This East Yorkshire inn dates back to the 15th century, but its award-winning fare (awarded a Michelin star for six years running) stays up to date with a frequently changing menu based on seasonality.

Try the white-crab meat and mooli cannelloni with pickled radish, or the ballotine of guinea fowl and ham hock with pease pudding. The inn has a number of well-appointed rooms should you want to stay a little longer.

Open Tuesday to Sunday for lunch and dinner. 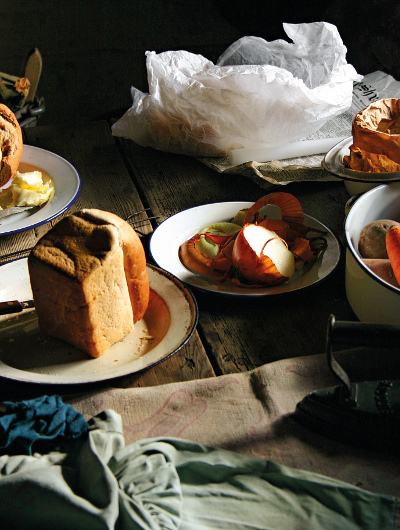 Yorkshire, where regional and seasonal produce is the order of the day

The Black Swan At Oldstead

Travel just over 30 kilometres north of York and you’ll find a 16th-century pub with one of the youngest chefs in the country to receive a Michelin star. Chef Tommy Banks takes a skilled, modern approach to pub fare with a focus on, you guessed it, local and seasonal produce.

Try the pork belly with boulangere potato or wood pigeon with pickled vegetables. Get swept away and stay the night.

Open Monday to Sunday for dinner, and Sundays for lunch.

This much-loved pub in the picturesque village of Harome, on the edge of the North York Moors, dates back to the 14th century. Chef Steve Smith’s menu celebrates Yorkshire-style cooking with an emphasis on regional and seasonal produce.

Try the pan-roast roe deer with venison cottage pie or the house-made white pork Boudin sausage with spring greens. For enthusiasts, there’s also the grilled black pudding with pan-fried foie gras. Can’t get enough hearty fare? Book to stay at one of the inn’s tasteful rooms. 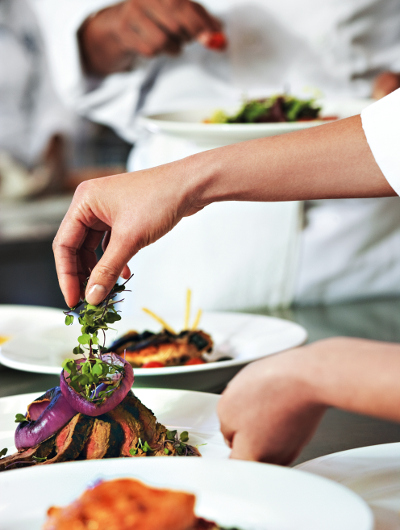 Gourmet dining can be found all around the north of England

The Man Behind The Curtain

The quirkiest of the bunch and Yorkshire’s newest Michelin-starred restaurant, The Man Behind The Curtain serves highly modern food inspired by contemporary culture.

What does that translate to, you ask? Think molecular-level gastronomy where food meets art on the plate. The 12-course degustation with wine pairing comes highly recommended.

Open for dinner from Wednesday to Saturday, and lunch on Friday and Saturday.