The fall of the Berlin Wall in 1989 was the catalyst for a ballooning art scene that gained Berlin a new kind of reputation – alternative and cool. Hundreds of decrepit and abandoned buildings became havens for money-poor, time-rich artists seeking out cheap rents, considerable government grants and an encouraging community. Despite bureaucratic changes in recent years and the closure of iconic art institutions such as the Tacheles Art House, Berlin’s art scene has remained resilient. Today, an eclectic mix of contemporary galleries are dotted between underground venues hosting art with a distinctly experimental spirit. Here are our favourite places for travellers to rub shoulders with locals and artists, explore artistic legacies around the city and dive into a scene unlike any other in Europe. 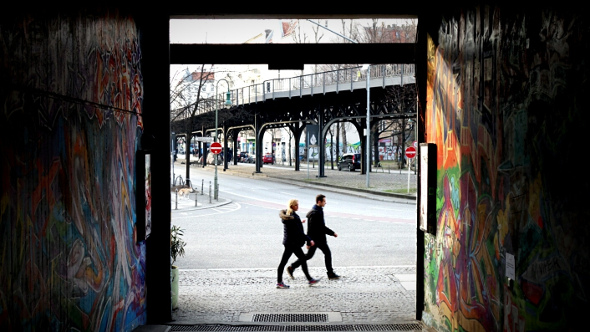 Berlin's alternative arts scene is sprawled right across the city.

Berliners sure don’t waste prime space. Klunkerkranich, a bar and garden, covers some 2,500 square metres, on the top floor of the Neukolln Arcaden shopping centre. Formerly a rooftop carpark, the space has been reborn as a vibrant beer garden, hosting live music events, film screenings, readings and art shows. Not to mention the stunning sunset views right across Berlin. The entrance, which is via a parking ramp on the 6th floor isn’t easy to find, so if you do get here, Klunkerkranich is the perfect place to drink in a truly local art and entertainment scene.
Address: 66 Karl-Marx Strasse, U-Bahn station Rathaus Neukolln 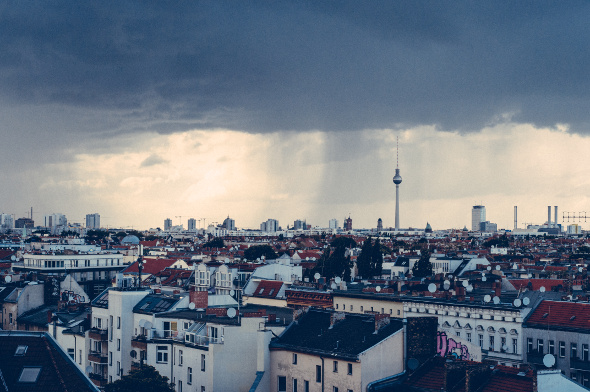 The view of Berlin from Klunkerkranich.

Built between 1845-47, the Bethenien complex was used as a hospital until 1970. While there were initially plans to demolish and populate the area with housing developments, squatters and historic building conservationists stepped in and in 1973 the site became a cultural, artistic hub. Today it is home to offices of artistic institutions, artist studios, galleries and performance spaces. Highlights to check out include the Kunstraum Kreuzberg contemporary art gallery, the BBK Berlin Printmakers workshop and the historic Theodor-Fontane pharmacy – the original hospital pharmacy preserved in its original state.
Address: Mariannenpl. 2, 10997 Berlin, Germany

More Berlin for your buck:

Imagine an old workshop filled with antique pianos, chandeliers and furniture. Then picture a small crowd perched around the central stage, while a renowned international artist serenades them. That’s what you’ll find at Piano Salon Christophori. From piano recitals to jazz sessions, this underground, yet popular venue sells out, so be sure to reserve a ticket online.
Address: Uferstraße 8, 13357 Berlin, Germany

Not exactly considered alternative or underground anymore, yet still a truly unique concept, the East Side Gallery is a highlight of Berlin’s art scene. Despite its appeal, this in-tact section of the Berlin Wall is still relatively raw – a simple footpath runs along, a busy street on one side, the wall on the other. Artists from around the world have adorned the formerly oppressive structure with vibrant, politically charged works. But in true Berlin style, this gallery is transient, many of the artworks are covered in graffiti, and works still in progress.
Address: Mühlenstraße, 10243 Berlin, Germany 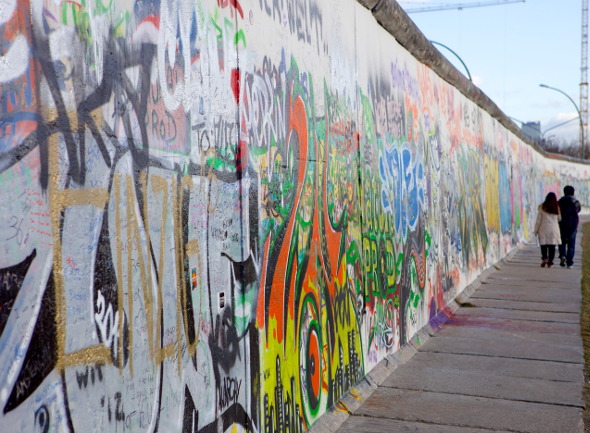 A section of graffiti along the Berlin Wall at East Side Gallery.