You’ll soak up just about every shade of green imaginable on this ascent into the northern NSW high country. Spanning the sub- alpine to the subtropical and incorporating the most scenic section of the ‘Thunderbolts Way’- named for its connection with legendary horseman and bushranger Captain Thunderbolt - this route will have you bolting up mountains, rolling across wind-brushed plateaus and dipping into outstretched valleys. Seasons express themselves fulsomely here and wilderness abounds – get set to have your senses ambushed. 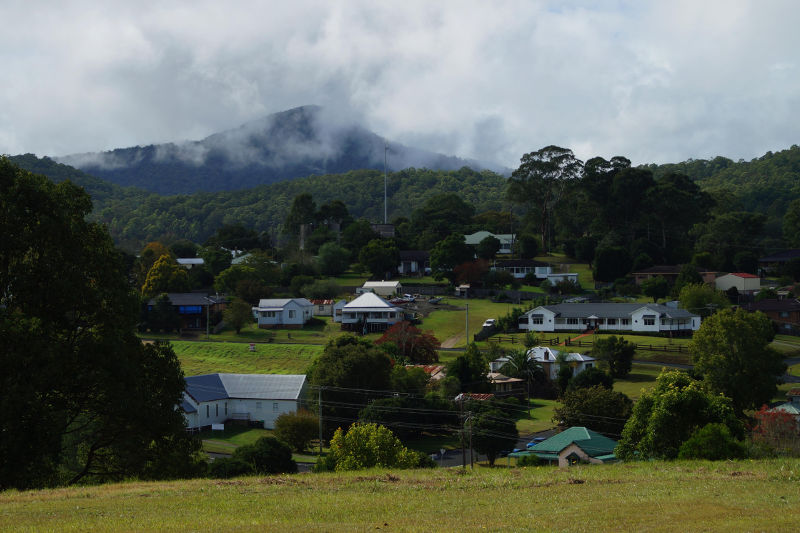 Stroud was the original inland headquarters for the Australian Agricultural Company when it settled in the Karuah Valley in 1826. (Image: Melissa Rimac)

Shake off Pacific Highway blandness as you turn towards Stroud, 213 kilometres north of Sydney. Conceived as the headquarters of the Australian Agricultural company, Stroud’s cluster of Georgian buildings and cute timber cottages and shopfronts is perfect for a leg- stretch.

After driving another 49 kilometres, settle into your Gloucester accommodation. To soak up sounds of rushing streams and the grandeur of hidden valleys, follow Barrington West Road then turn into Manchester road; returning to Gloucester along Faulkland Road by fording rivers. 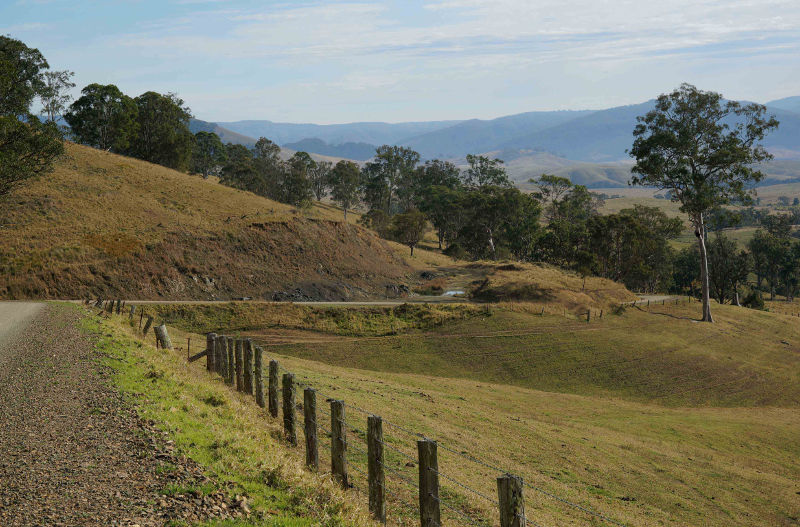 The roads that wind through the Barrington Tops toward the ancient Beech forests are just as picturesque as the destination. (Image: Melissa Rimac)

Back-dropped by the jagged Bucketts Mountains and surrounded by sparkling rivers, Gloucester is a picturesque base for exploring the acclaimed Barrington Tops wilderness. Look out for live music at the Fox Den and regular arts events.

Getting to Barrington’s ancient Antarctic Beech forests is a visual treat. Follow Gloucester Tops Road for 58 kilometres as it edges the Gloucester River then plunges into splayed valleys; returning to Gloucester via the historic cattle properties at Rawdon Vale and Copeland, a gold mining relic. 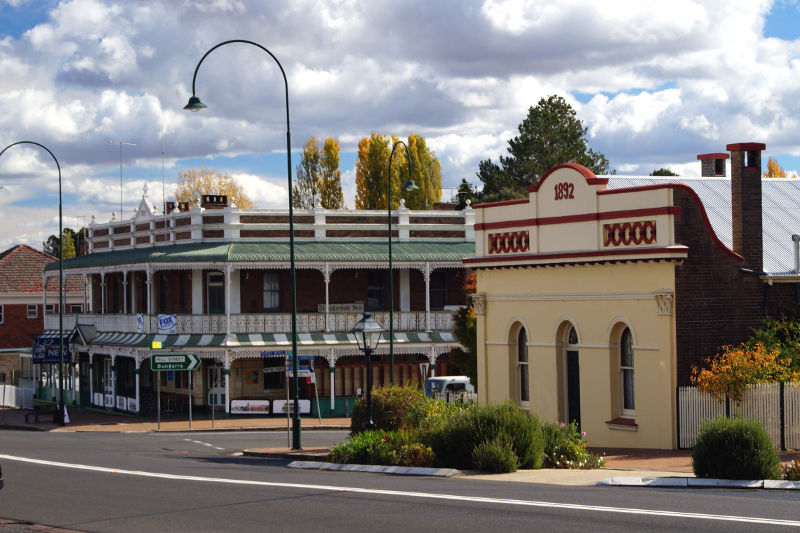 Fog hovers upon paddocks near the village of Barrington, so start early to get the buzz of driving through clouds as you climb aboard the Thunderbolts Way for the 147 kilometres to Walcha.

At Walcha, you almost expect to see bushrangers hitch their horses at the Commercial Hotel.  The streetscape boats fine buildings from the mid 1800’s, an art gallery, cool cafes and the inimitable Antique Junque, a collector’s heaven in an old- style department store. 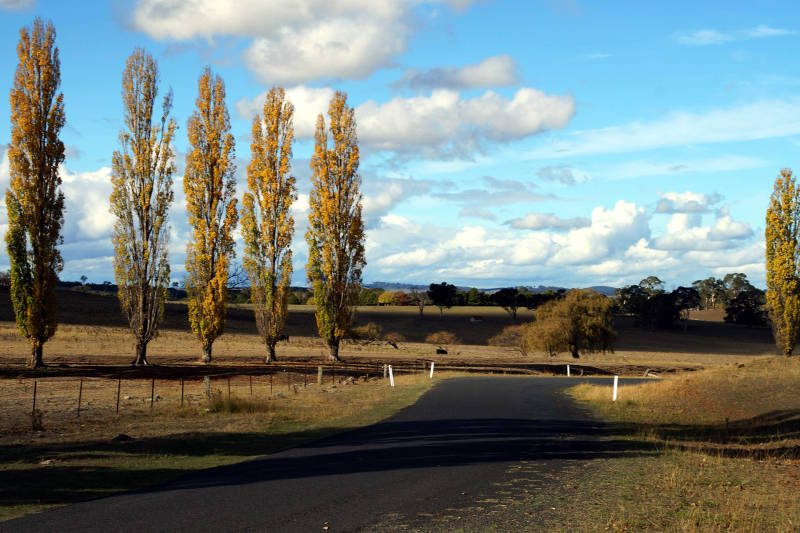 The fascinating Pioneer Cottage offers an intimate look at the lifestyles of colonial settlers and the gorges and waterfalls of Oxley Wild Rivers National Park lie 20 kilometres south east of Walcha.

Fetching facades aside, Uralla (43 kilometres from Walcha) services a district acclaimed for its fine merino wool. Imposing piles such as original banks still operate, and the former foundries, stables, chaff sheds and flour mill (now a must – see museum loaded with Thunderbolt relics) appear much as they would when townsfolk dreaded Thunderbolt’s visits.

It's only 23 kilometres from Uralla to Armidale, so make it special by taking poplar- fringed ‘Tourist Drive 19’, passing vine-smothered Gostwyck chapel and New England farming country. 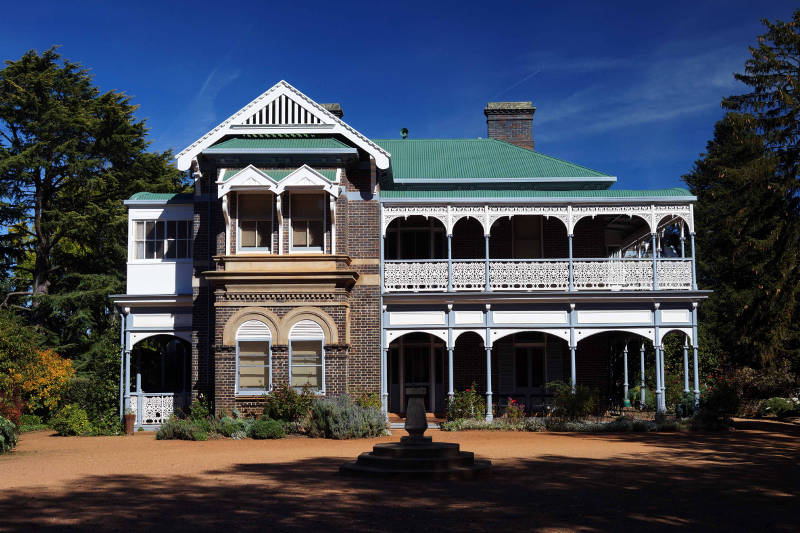 Saumarez Homestead was dates back to 1888, when British settlers moved into the area. (Image: Melissa Rimac)

Locals love Armidale – a town of elegant buildings whose wide streets are dominated by a skyline of cathedrals - for its vibrant culture and country conviviality. There’s always something happening –music festivals, live gigs, gallery openings, even an international film festival - and a short drive gets you to the Gondwana forests of New England National Park.

To experience the magic of moss- covered beech trees and snow-gums, take the Eagles Nest track.

Closer to town, a tour of the Saumarez Homestead feels like stepping into an Aussie ‘Downton Abbey’. Other Armidale heritage essentials include the old Teachers College and Booloominbah. 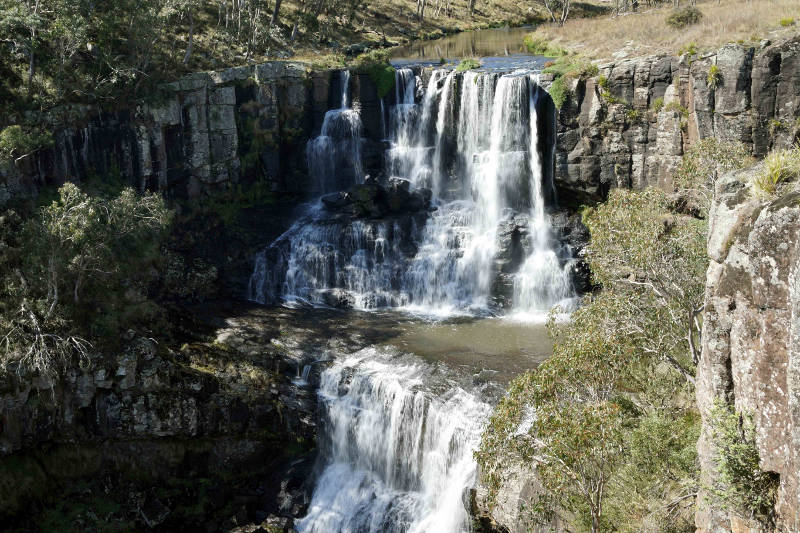 Ebor Falls is one of the many waterfalls you can stop by along Waterfall Way. (Image: Melissa Rimac)

Day 6: Down the Waterfall Way to Subtropical Coastline

Returning to Sydney? You’re in for a glorious 153 kilometre swoop down the Waterfall Way. Be sure to pause at Wollomombi Gorge, Ebor Falls and arty – chic Bellingen.

It’s 433 kilometres back to Sydney – a perfect excuse for a coffee stop at historic riverside Gladstone.