Growing up in Queensland, a trip to the beach tended to be one of the more common excursions on the family holiday agenda. At 15 years of age I’d built many a sandcastle, been dunked by numerous waves and learned how to surf. But I’d never clamped my feet to skis or a snowboard; never worn a thermal shirt under three more layers; never even seen or felt snow.

A holiday to Australia's winter slopes had previously been beyond my family’s means and still wasn’t completely in our budget. We made it work, though, driving instead of flying so we could transport food for our self-catered apartment.

The two-day road trip was forgettable, survived by DVDs on the laptop, rounds of car cricket and Uno, and headphones to drown out my parents’ looping CD collection of Elvis, Simply Red and Meat Loaf. However, during that last hour driving up into the Victorian Alps to Falls Creek Alpine Resort, the laptop was closed, the headphones removed, and all of us stared mesmerised through the glass at the first flakes of snow. 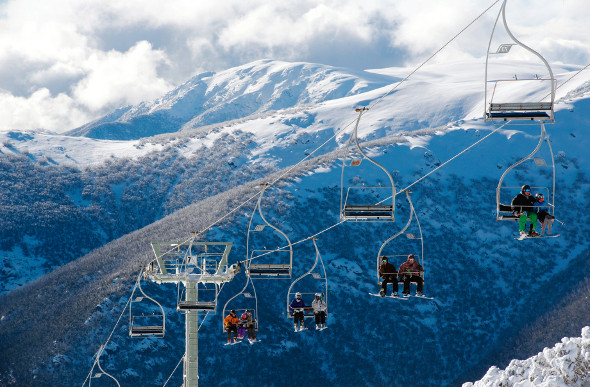 The Eagle Chair Lift is one of the most scenic chair lifts in at Falls Creek.

It was the middle of September, the back end of a season that until this point had been relatively disappointing. We wouldn't have known. The sky opened up that first day and it rarely closed for the rest of the week.

Snow season in Australia is unpredictable – periods of drought coupled with immense snowfall to rival our Tasman neighbours. These days the resorts are well enough equipped to compensate, but as I quickly realised during that first trip, there’s no substitute for fresh powder. It spoils you for the rest of your life.

It’s why, when I returned to Falls in 2015 – 10 years after my first visit – I was ecstatic to see a white curtain draped across the resort. That time I didn't have to worry about tyre chains or in-car entertainment. Instead, I was chauffeured up the mountain in a Range Rover after flying into Albury, courtesy of Falls Creek Coach Service. 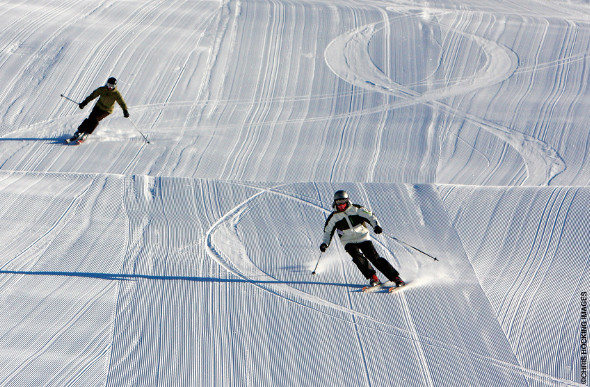 First tracks at Falls Creek are worth getting up early for.

Back in 2005, my family and the two families accompanying us stayed in a five-bedroom apartment within Falls Creek’s village. With bunks, a large kitchen and lounge room, and multiple bathrooms, there was enough comfortable space for six adults and five children. We also had an invaluable drying room for our ski gear, ensuring we never had to put on wet gloves or beanies.

Plan ahead: How to Save Money Skiing in Australia

Accommodation has never been a problem for Falls Creek. From youth hostels to 5-star luxury hotels and everything in between, the resort provides plentiful options for all travellers.

At Falls, family friendly doesn't typically mean onsite pools, a kids’ club and restaurants. The focus is instead on space, facilities and a ski-in, ski-out locale.

Some places, such as QT Falls Creek Resort, where I stayed last year, go a little further with Jacuzzis on the balconies and an onsite pool and restaurants, but for the most part you can find everything you need without spending a lot. The best entertainment is outside anyway. 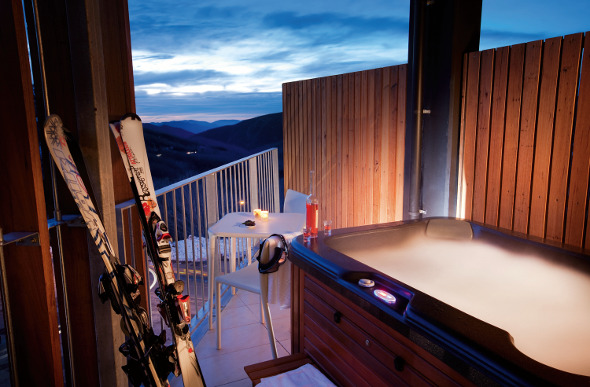 Hire facilities are scattered throughout the village, giving everyone an outlet close by where you can get fitted for all your gear. Hire the essentials – ski boots, skis, pants and jacket – and save money by purchasing the rest back home.

Trading beach for snow isn’t seamless. Lessons were more than necessary that first holiday: they were invaluable, teaching the art of slowing down with the ‘pizza’ technique and using edges to turn. By day’s end I was also a master of getting up after falling over.

Instructors who could ski backwards while talking showed patience along with expertise and we were all gliding (and occasionally tumbling) down a few easy blue runs by the end of day two.

Despite my many falls, there was immediate satisfaction from being able to make it down a run. I continued skiing for hours after the lesson had ended, addicted to that feeling of progress and unknown potential. For me, skiing came after crawling, walking, swimming and bike riding, but it was by far the most rewarding. 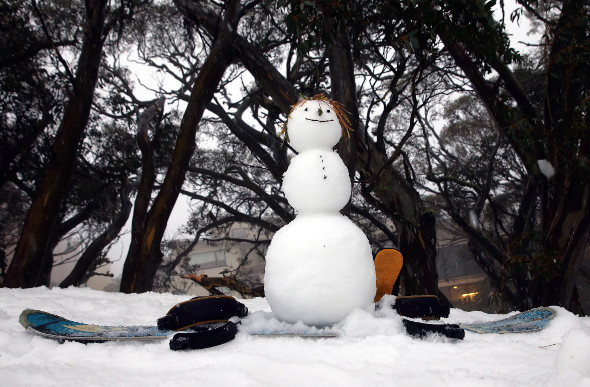 Snow play is half the fun for kids.

By the third day, most of us were done with lessons and on to the greens – primarily the easiest, Wombat's Ramble – while others forged on with their pizzas and a few opted for rest with massages and a drink instead.

Falls has definitely built upon its apres-ski in the past 11 years. Those who prefer not to self-cater can choose from 35-plus breakfast, lunch and dinner options, including Bazaar's interactive marketplace buffet.

Falls Creek now also has two designated massage and therapy clinics, along with a range of mobile and private services. I could have used some foot therapy. Skiing was fun, but the boots were somewhat torturous. I stared in envy at the snowboarders strutting across the snow in their comfortable shoes while I cringed with every step.

During our mid-week rest day I got to heal those sore and rarely used muscles. The following day I reassessed my fun-to-pain ratio and decided to switch to snowboarding. I was sent back to the learner slope, but I never strapped on a pair of ski boots again. 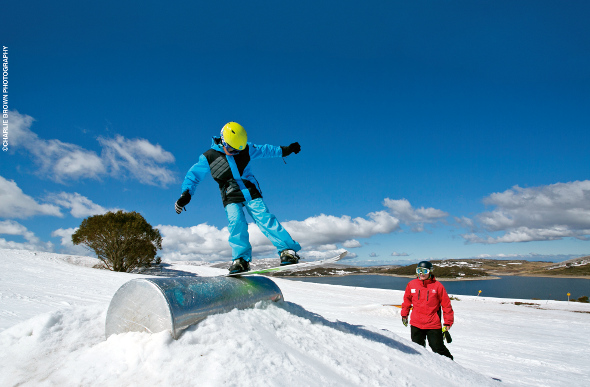 The terrain at Falls Creek suits everyone, from beginners to pros.

Come 2015, I was no longer getting butt-cheek bruises on the green runs. I could instead explore the mountain from base to summit and challenge myself with some of Falls’ black runs.

I braved the mountain’s hardest, Widow Maker, a steep she-devil comprised of moguls, random shrubs and a tight wall of trees on either side. She never let up, cutting short any momentum with an ill-placed bump or sudden drop.

I was an amateur again, relishing the testing world of snowboarding. Few other pursuits push me into that rare zone of exhilarating discomfort. I learned first-hand how difficult Falls Creek can be to master and seriously considered more lessons when I arrived, exhausted and elated, at the run’s end.

Between Wombat’s Ramble and Widow Maker, I’ve boarded in Canada and New Zealand, and have plans to visit Japan. My sister has skied the Swiss Alps and currently works at Sun Peaks Resort in Canada.

But I think both of us will always treasure that first holiday. It opened our eyes to the winter playground that exists beyond Queensland’s salty shores.