Hang on to ya holster! Strolling about the ghost towns of the USA's Rocky Mountains, there’s a strong sense that a gang of outlaws might gallop by at any moment.

At Old Trail Town, near Cody in Wyoming, I stepped into the very saloon – augmented with bullet holes in the door – which Butch Cassidy and The Sundance Kid used as a hide out. 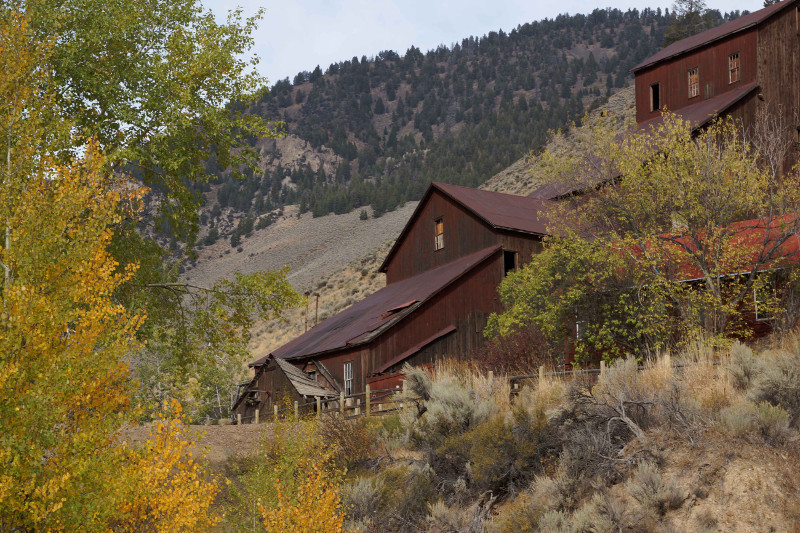 Images of the Wild West constantly come to vivid life as I explore the region where the states of Montana, Idaho and Wyoming nudge borders; the Rocky Mountains stretch some 3,000 miles from British Columbia and Alberta in Canada through here and down to New Mexico in the United States.

Amongst the late 1800s facades of the town of Meeteetse stands the Cowboy Bar – these days a live music venue – the saloon where Butch was arrested for ‘borrowing’ a horse. 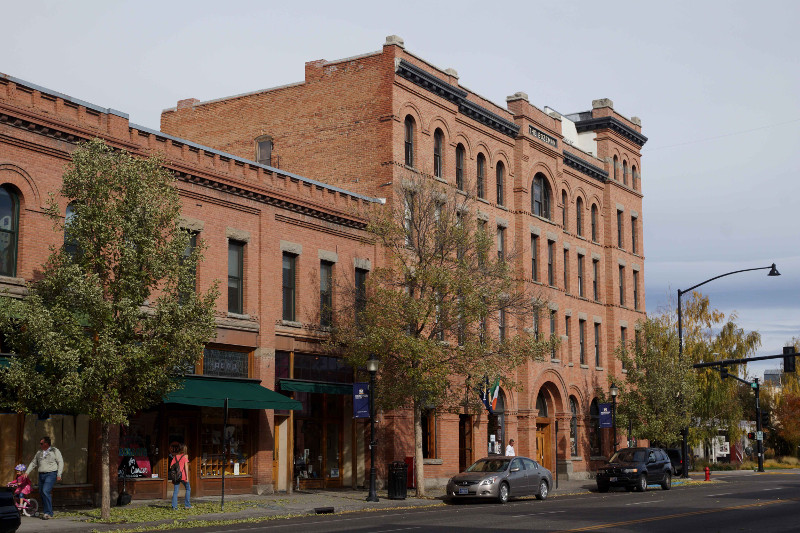 Close to here is the erstwhile gold town of Kirwin, a settlement whose residents hastily fled after a snowstorm, leaving buildings and mining equipment standing stoic amid forests and mountains.

It’s rumoured that the mustangs which roam the MCullough Peaks region are descendants of Buffalo Bill’s show-horses.

The Rockies’ ghost towns are as special for their setting as for their cinematic visuals. Seeking out ghost towns involves travelling on scenic back-roads (mostly navigable in a standard vehicle) and exploring a region splashed with National Parks and wilderness reserves. The imposing beauty of this part of the Rockies – a realm of serrated, snow capped mountains, sparkling lakes and rushing rivers – sets in straight away and sticks around.

You’re rarely out of sight of spectacular nature and the big bonus for lovers of stress free road-trips is that travelling in this part of America is a chilled -out treat.  There’s no crowds, the small towns are low -slung, friendly and walkable, and major attractions are only a few hours’ drive from each other.

And although the countless ghost towns feel delightfully isolated, many are near towns and iconic Rockies attractions such as Yellowstone National Park. 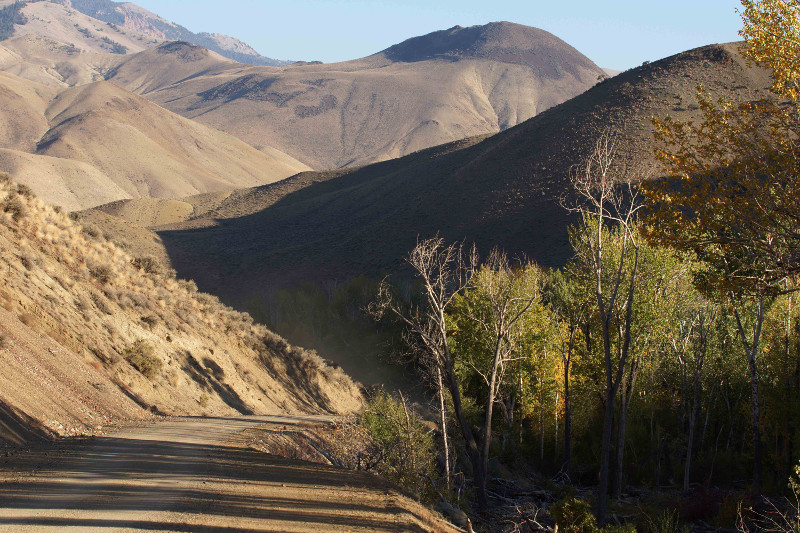 Making my way towards Montana, I feast my eyes on the outrageously scenic backdrop of canyons and sculptured peaks beside the Chief Joseph Scenic Highway.

Montana is sprinkled with delightfully antiquated small towns and historic cities like Boseman and Missoula make an atmospheric base.

At Garnet ghost town, near Missoula, carved timber detailing and wallpaper ooze gold - rush hubris. In the sun – silvered buildings the accruements of everyday life - tools, utensils, furniture and old suitcases, beds – are nonchalantly arranged in a manner that suggests an ambitious prospector may return soon. The ghost of Bannack – the first seat of government in Montana – is also close to Missoula. Here, many of the handsome buildings were made from brick and the statement picket fences and upmarket details like big verandas, elaborately carved saloon bar and posturing structures such as the courthouse, church and Masonic Hall speak of the riches once realised by fortune-seekers – everyone from outlaws to businessmen and civil war deserters. 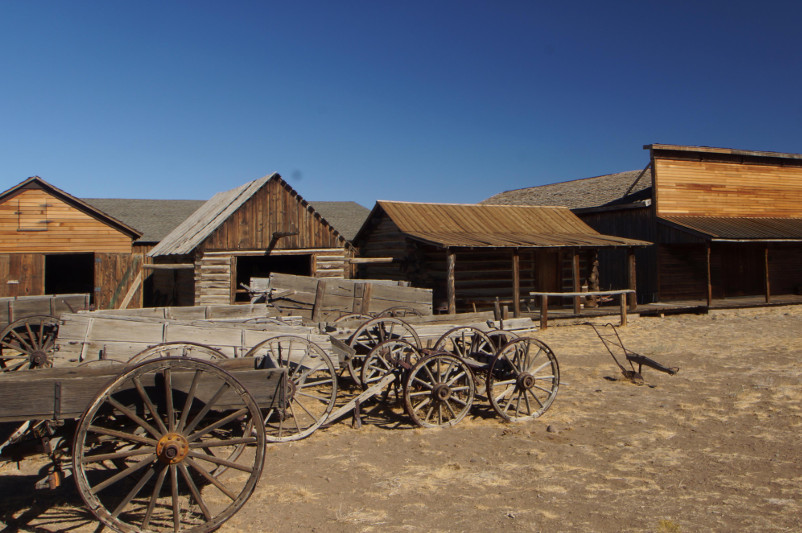 Closer to the laid- back and elegent town of Boseman are Nevada City and Virginia City ghost towns; extensive and set up as interactive museums, with furniture and personal effects providing a curated, though poignant vignette of life during the ‘gold-fever’.

Local fans of photogenic abandonment also rave about rustic Commet and Marysville – once the world’s richest gold mining town- as well as Elkhorn and Marysville. By the roadside in Montana.

Whilst most of the mining heyday relics in Montana owe their existence to gold, Granite is the ghost of a silver town - striking for its brick and stone buildings and architectural detail.

In Idaho, the landscape morphs from forested mountains to a moonscape of pained desert. Near the town of Challis, Bayhorse Ghost Town is reached by an appealing drive beside a river edged with rustling cottonwood trees. Keep going along these narrow valleys of the Land of the Yankee Fork and you’ll reach the rustic, irresistibly named Bonanza and nearby Custer. 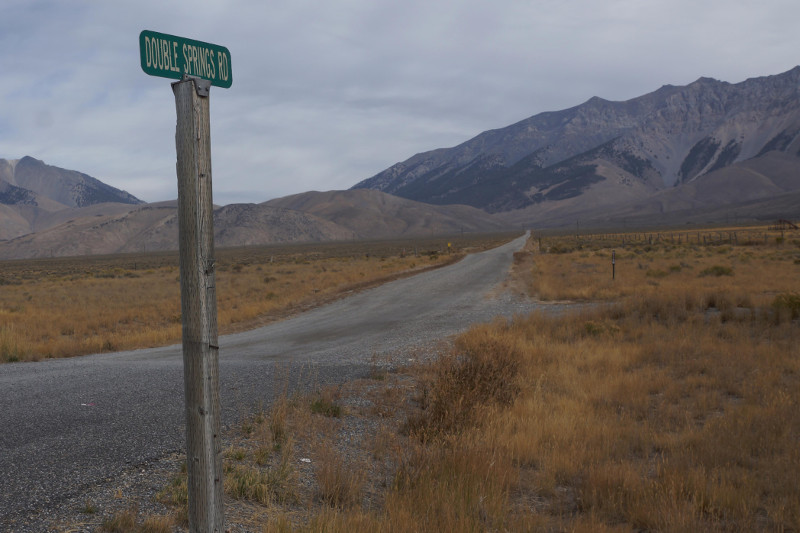 Along many of the roads here, old wagons, farm machinery, cars and rural buildings are photogenically scattered about roadside paddocks.

And that’s what I love about exploring the Rockies: the intrigues somehow materialize before your very eyes – a bit like ghosts, perhaps.

All images by Melissa Rimac.