Finding Yourself Along The Camino De Santiago De Compostela

Finding Yourself Along The Camino De Santiago De Compostela

You've seen the movie, 'The Way', and you're thinking of walking the Camino de Santiago de Compostela, the ancient pilgrimage trail featured in the film. But you're not sure – is it really all it's cracked up to be? 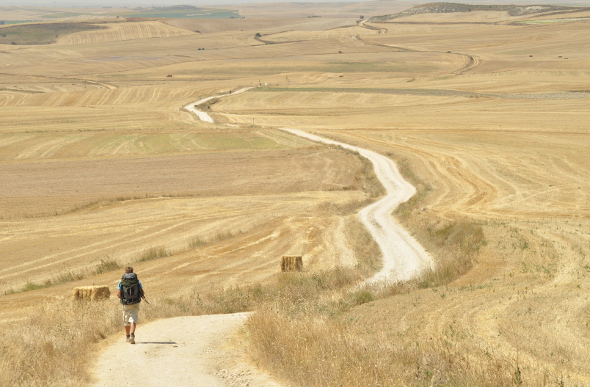 A traveller walks along the Camino de Santiago de Compostela

I'll tell you what I tell everyone else who asks me about the Camino – it is simply one of the greatest travel experiences on the planet. Here are some of the reasons why:

1. It doesn't cost a fortune. In fact, to maximise your pilgrimage experience you need to minimise your expenses. The cheapest way of doing 'The Way' is to walk, carry your own stuff, eat the local food and stay in the pilgrim hostels.

Sure, you can pay people to carry your pack and you can stay in nice hotels, catch the odd bus and eat in flash restaurants when you get to the big towns. It will still be a great experience, but there's a certain satisfaction in doing it the minimalist way as the earliest pilgrims did a thousand years ago.

2. You can do it alone. Women walking solo need harbour no fears. Pilgrims are treated with respect and everyone along the trail watches out for you. Within a week you'll have made so many new friends you'll wonder why you were ever so hesitant.

3. Being religious is not a requirement. While it started life as a kind of Haj for Catholics, the Camino is as much a cultural immersion as a spiritual one.

4. There are very few holidays where you can eat and drink as much as you want every day and finish fitter and leaner than when you started. This alone makes it a stellar attraction!

5. It will change your life. Not many people come away from this 800 kilometre trek without a new plan for the rest of their days. Five weeks of walking offers plenty of time for self examination and goal setting.

I could go on. There are so many elements that make the Camino such a premium experience, even when compared to some of the other famous treks like the Annapurna Circuit and the Appalachian Trail. 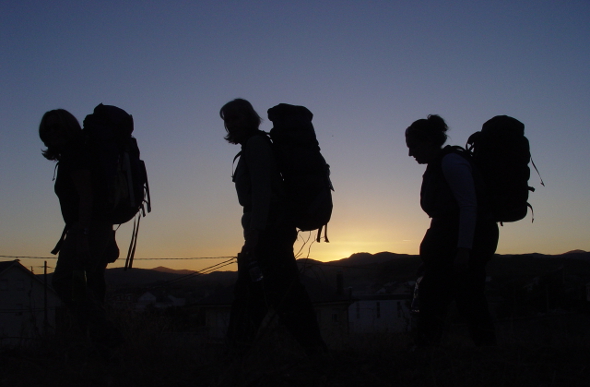 For me it was about people – those from my past as well as fellow pilgrims I met along 'The Way'. Sometimes you find yourself walking without another living thing discernible for as far as the eye can see. It's when you are by yourself, in the heat or in the rain, feet aching in the wheat fields of the Meseta or trudging up a mountain on a track fit only for goats, that you find you have tears rolling down your face or you are laughing out loud, because of a memory.

Spain Or Portugal – Which Would You Choose?

Paved with triumphs and sorrows

The Camino is paved with the triumphs and sorrows of countless thousands of people seeking meaning, redemption and understanding. Memorial plaques dotted along 'The Way' remind us that some only found death. Most people have a very personal reason for doing this and, as the kilometres unfold, they tell you their stories.

There was Ulysses, the Spanish logistics expert who works for Médecins Sans Frontières. He was power-walking over the Pyrenees to blow off steam after some tough times at refugee camps in Darfur and Turkey.

I walked for a while with Leon, a massive Russian who blew a knee early on but wouldn't give up. He worked in public relations for the Moscow city government. He quit his job after trying to explain to his four-year-old son what he did for a living. His boy listened to him outlining what a spin doctor does and summarised what he had heard. "So, you make up stories about Moscow?" It instantly killed Leon's ambition to get to the Kremlin.

Siobhan was lucky to be alive. She survived a murderous home invasion in London during which her flatmate was stabbed to death and she had come close to the same fate. She was walking the Camino to work out why she had been spared and what she was going to do with her second chance at life. Last I saw of her she was sitting on a bench wincing from shin splints. "I have a high pain threshold," she said, when I showed concern.

There was Dave from Limerick, heartbroken that one of the freckles on his young wife's face turned out to be a melanoma which has made him a single dad.

And then there was Wally, from Tasmania, at 48 one of the world's oldest cystic fibrosis sufferers. He just kept walking, his lungs trying to drown him. If my blisters hurt I thought of him.

Plenty of laughs too

It's not all tears and soul-searching though. There are plenty of laughs, like the night I invaded the French. When walking the Camino, most people stay in hostels called albergues, where for about ten bucks a night you get a bed and use of a shared bathroom.

People are crammed in like commuters on a Japanese subway and none of these joints would pass about 1,000 Australian health, fire and safety laws. Imagine a place with rooms about the size of a kid's bedroom with four to six bunk beds in them, filled with adults of both genders who you don't know and who have all been guzzling cheap red wine before bed. I learnt more about the human respiratory and digestive systems in those five weeks on the trail than I needed to know.

One night I was on a top bunk reading a book on my iPad and drifted off to sleep. About 2.30am I must have rolled over and it crashed to the floor, waking everyone up in that room, which was bad enough. I retrieved the iPad and went to the bathroom to check it. All good, still worked.

It was so dark I had to find my way back by feeling along the wall counting the door handles until I found what I thought was the right one. I went in and proceeded to haul myself up into the bunk. Trouble was, there was no ladder, which meant you had to throw an arm over the top like a grappling hook and find something to grip. But instead of a sheet, I grabbed the wedding tackle of what turned out to be a French man in a room full of French people. Amid much hollering, someone switched on a light and there I was wearing only jocks and carrying an iPad, looking for all money like a near-naked burglar.

The French are an excitable people generally, but this bunch went ballistic. They were making such a racket that they couldn't hear me apologising as I backed out of their room using the iPad to protect my modesty. Every time I ran into one of them on the trail over the next few days I would be greeted with dark Gallic mutterings and suspicious looks. C'est la vie.

The Camino offers so many pleasures and some pain, but also an incredible sense of achievement. I'm going to do it again, so see you on the path.