Fishing For All Anglers Along QLD's Southern Great Barrier Reef

Fishing For All Anglers Along QLD's Southern Great Barrier Reef

There's no indifference when it comes to fishing. You either love casting a line out or you'd rather do anything else. However, one effective way to drag the non-enthusiasts out of bed at sunup is the promise of the Southern Great Barrier Reef's (SGBR) scenic fishing spots and underwater spoils. And for the lovers? Well, the gorgeous surrounds and perfect catches are the best complement to an angler's day out, so long as there's something biting. Fortunately, the SGBR has plenty of hungry marine life. The SGBR stretches down Queensland's coast from around Great Keppel Island to Bundaberg, offering a range of fishing experiences. Here are our favourites.

Separated by the Boyne River, both Boyne Island and Tannum Sands provide excellent gateways to the SGBR. Access is available through two boat ramps at the Boyne River mouth and another boat ramp on the Tannum Sands coastline. Once out on the reef you can reel in a variety of fish including Spanish mackerel and trevally. Those without a boat can still enjoy a productive session off the beach or at the mouth of the Boyne River where it's not uncommon to catch barramundi.

Those who prefer calmer and fresher waters need only head slightly further inland to Lake Awoonga, formed off the Boyne River. A day out on the lake can net keen anglers barramundi, golden perch, saratoga, mangrove jack and sooty grunters. Camping facilities at the Lake Awoonga Caravan Park accommodate for fishing groups wishing to make a weekend trip. And there are designated barbeque areas for anyone who wants to fry up their catch fresh out of the water. 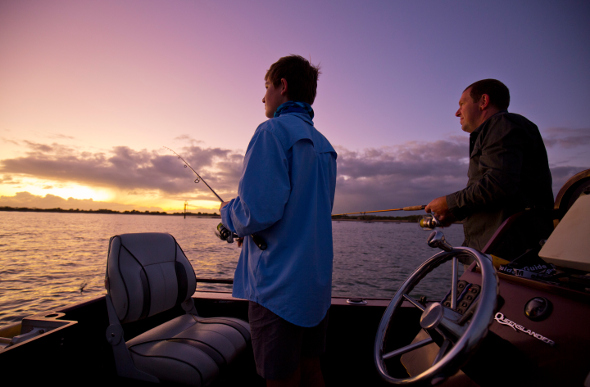 Head about 30 kilometres north of Gladstone Harbour to uncover a pristine estuary known as 'The Narrows'. Small or large boats can navigate the tidal creeks and inlets, which lead to deep rocky holes perfect for snagging a few of the region's famous mud crabs. Some of the locals' favourite spots for crabbing include Graham's Creek, Pacific Creek and Ramsey's Crossing. Make sure you take insect repellent to keep the biting sand flies at bay.

Pancake Creek is one of the more remote fishing spots along the SGBR. It's probably best not to venture out in anything bigger than a small boat, because of the high creek bed and varying tidal flows. The track into Middle Creek – which leads to Pancake Creek and is where you'll find the boat ramp – can only be traversed with a 4WD. You'll also need at least half tide to get the boat into the water and to prevent any grounding on the way to Pancake. Those who take up the challenge and reach Pancake Creek are rewarded with an uncrowded fishing and camping spot. The small rock and coral reef at the mouth is home to large pelagic fish such as tuna and spotted mackerel. Make sure you've got the necessary equipment (Image: Getty)

Facing Island sits about 12 kilometres off the coast of Gladstone. However, you don't need to own a boat to reach the island's best fishing spot, because the barge service transports vehicles from the mainland. But you will need a 4WD. Once on Facing Island, head to Gatcomb Heads at the southernmost point, where a smorgasbord of reef fish awaits. On any given day, anglers from the rocks, jetty, beach or out on boats are netting sweetlip, coral trout, honeycomb cod, tuna and mackerel.

Like Gatcomb Heads, Farmers Point is located on Facing Island, on the western shore. However, these two fishing areas differ slightly in that Farmers Point is best for those fishing from boats in the channel or off the beach. Farmers Point beach is where you'll find the island's main settlement of houses and beach shacks, and is the landing point for the barge from Gladstone, making it easier to reach than Gatcomb Heads. Expect to catch whiting, bream, dart and flathead. 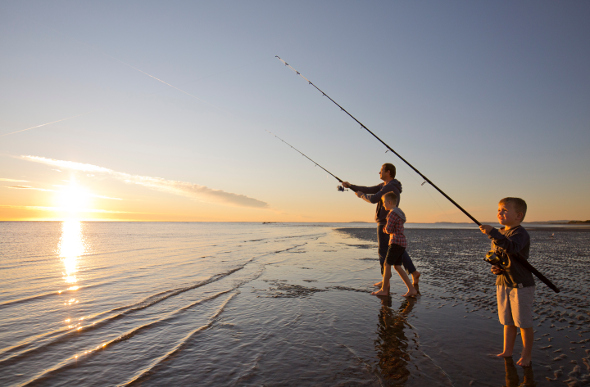 Many Aussie kids have caught their first fish off the beaches along the SGBR (Image: TEQ)

Agnes Water is the place to escape for an extended period of time and focus on the important parts of life: fishing, camping and whatever pairs well with a fillet of bream. The nearby Bustard Bay is a secluded beach fishing spot close to Seventeen Seventy, while the various areas to the south of Agnes can be reached on foot. It's feasible, in a full day of fishing, to walk from Rocky Point to Red Rock, Wreck Point, Middle Rock and Flat Rock casting a line out along the way. You'll probably be reeling in tuna, dart, mackerel and whiting during the warmer months, and tailor bream and flathead when it's cold. The entire area is recognised as a Conservation Park Zone, so make sure you abide by the restrictions.

Great Keppel Island, off the coast of Yeppoon, is a reef-fishing paradise where Spanish mackerel, bluefin tuna, estuary cod, hussar and red emperor all make for a diverse basket at the end of the day. It's best to have your own boat for a bit of freedom – if you get tired of fishing or reach your quota before the day's out, you can pull in at the island and explore the walking tracks, snorkel or relax on the beach. However, if you don't have your own vessel, we recommend taking a charter with Keppeluna, a locally-owned company run by Richard Wilson who knows his way around the best fishing spots guaranteed to net you a range of fish. 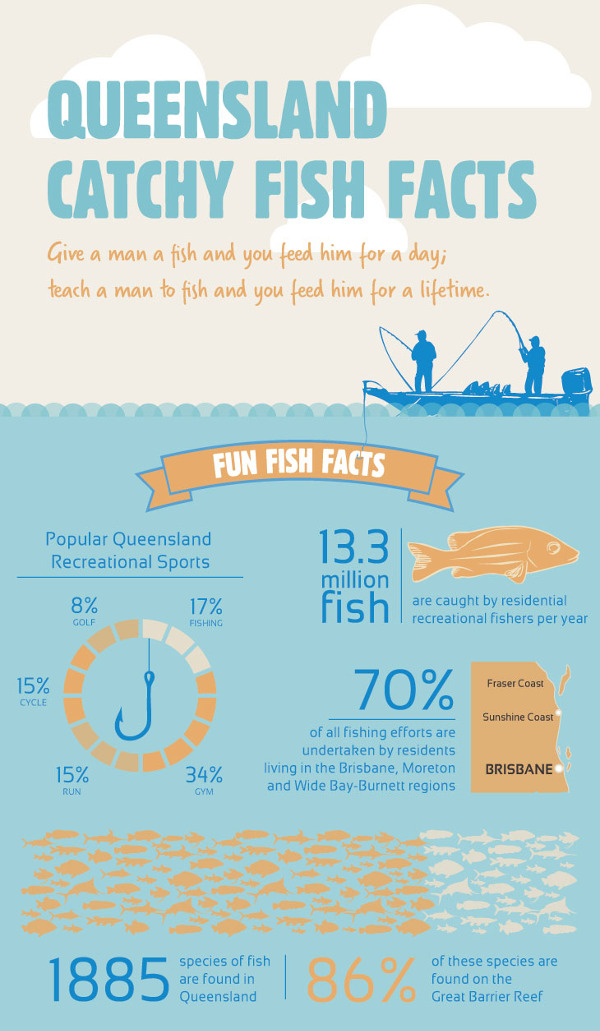 Visit your local Flight Centre store or call 131 600 for more advice and the latest deals on a South Great Barrier Reef holiday.