Visitors have been dining out on Gold Coast antics for a hundred years or more, and the current options to chow down are certainly something to shout about. From food with a view in Surfers to a dive bar in Cooly and fish fresh off the boat at Main Beach, here are just some of the main dining precincts on the Glitter Strip.

Broadbeach, just south of Surfers Paradise, has an embarrassment of culinary riches, being something of ground zero for dining on the Gold Coast. Quite apart from the rolling waves, blue skies and prime whale-watching location, Broadbeach has a tidal wave of top events, including QPOW (Supanova Pop Culture Expo plus The Gold Coast Film Festival) in April, plus a host of musical events, from blues and country to jazz, opera and Christmas carols. 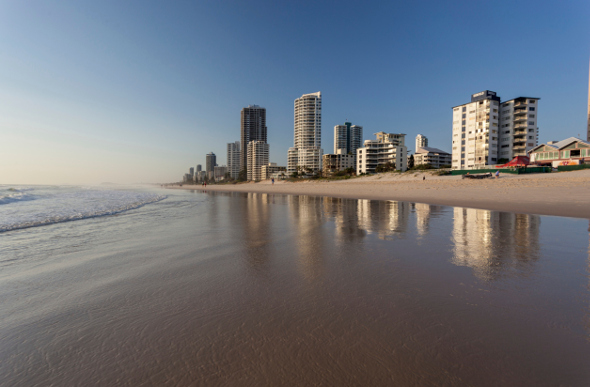 But back to the food: award-winning steak house Moo Moo The Wine Bar & Grill is a standout, along with another award-winner, Sage Restaurant, which has earned family restaurant gongs for several years running. Speaking of awards, ‘Broadie’ scooped much of the pool at the 2015 Restaurant & Catering Industry Awards, taking home best new restaurant for Kiyomi; best beer cafe/wine bar (Bavarian Bier Cafe); best fine-dining restaurant (Room 81), best restaurant in a hotel/resort (Bistro On3, Sofitel) and best sushi bar (O-Sushi).

Oh, and Orlando Bloom reportedly frequented Elk Espresso when he was filming the latest Pirates of the Caribbean flick, Dead Men Tell No Tales, on the Goldy last year. Can’t argue with that.

Surfers Paradise rules the night on the Glitter Strip, from pyjama parties featuring Barry Crocker in the 1950s to bonfire parties on its three-kilometre stretch of sand, and a Noughties nightclub resurgence. And as Surfers reaches ever higher for the sky, so too do revellers reach for ever more enticing eats and drinks. 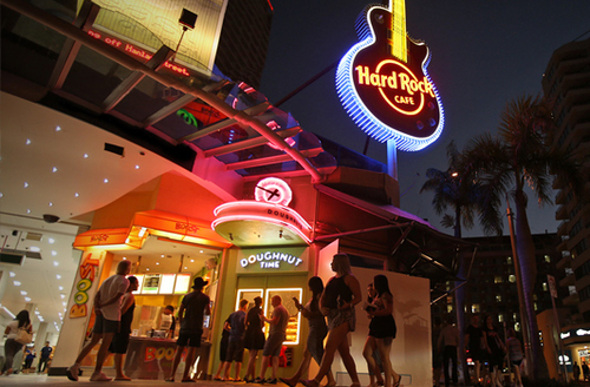 For a romantic dinner and a fantastic view, try the two-hatted Seaduction Restaurant in the Soul tower, where the degustation offerings are as pretty as a picture. And for a touch of Ibiza on the Gold Coast, check out Cocoon Ultralounge on Cavill Avenue, for daybeds on the deck (the area has its own menu of share plates), or to retire to the sea of white armchairs in the sunken bar.

If you’re looking for a late-night snack, check out Doughnut Time for such standards as The Elvis, with raspberry jam, banana and peanut butter glaze, plus pancetta. But be warned – Surfers is Mecca for school-leavers, who descend in numbers on the Gold Coast for Schoolies Week festivities in November and December.

The Gold Coast: Beyond The Theme Parks

Main Beach attracts surfers with its open shore break, while Tedder Avenue attracts socialites with its cafes, restaurants and bars. From fish and chips at the old bathing pavilion on the beach, to fresh oysters at Shuck on the avenue, seafood is king. 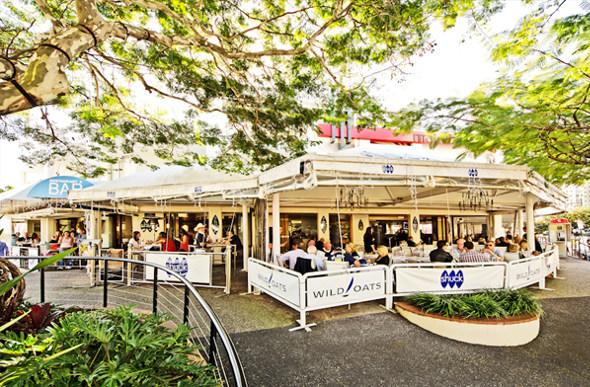 You can even buy direct from the boat when members of the Gold Coast Fishermen’s Co-Operative return to port.  Or why not have breakfast with a view at the Southport Surf Lifesaving Club (the smoked salmon eggs Benedict looks divine).

And if you prefer watching sea creatures to eating them, you’re in prime position for Sea World and its menagerie of dolphins, seals, polar bears and penguins.

Burleigh Heads is a bit more cruisy and a bit more crafty than its golden siblings. The beach is protected, although surfers stretch around the national-park-covered headland. The pine trees on the foreshore cast snowflake-like shadows when seen from the relatively low-rise apartments above. 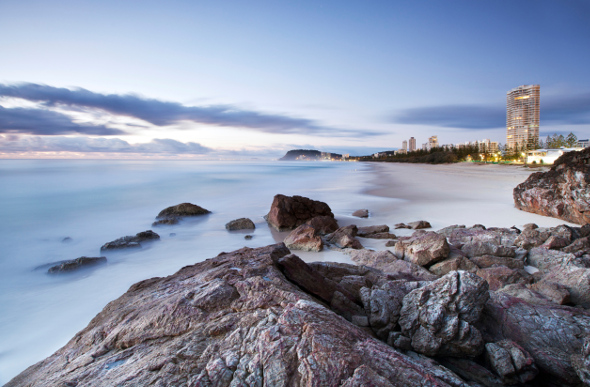 Check out the Burleigh Art & Craft Markets on the last Sunday of the month, where you will also find fresh produce, preserves, cookies and cakes. Or sample the world-class local beer at Burleigh Brewing Company – even better, try one of its monthly Brewhouse Bashes for beer and a barbecue (proceeds to a good cause); or a Friday Brew Jam, with food trucks, free popcorn and live music.

Coolangatta is the outer limit of the Gold Coast, on the border with New South Wales. In fact, you can straddle the border at Point Danger, while you keep a sharp eye for whales passing by. 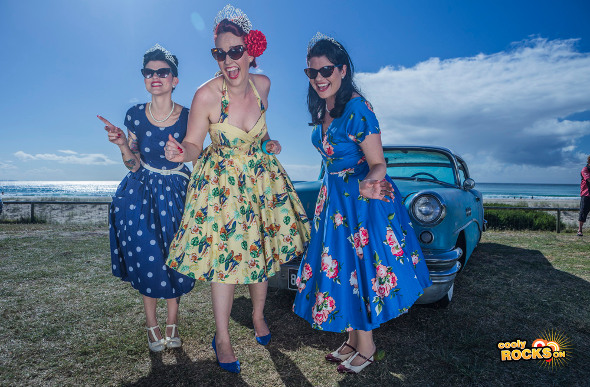 Step back in time at Coolangatta. Picture: Cooly Rocks On

Here, nostalgia kicks in and you can go retro when the Cooly Rocks On festival, Australia’s biggest 1950s and ‘60s nostalgia festival, hits town in June. Think rock’n’roll, rockabilly, hot rods, custom cars, poodle parades and pin-up style, all competing with that coastline for a look-in. Oh, and there’s vintage-styled food, such as burgers and chips and milkshakes in a tin.

For something more up-to-the-minute, try Delizioso at the Strand shopping centre, an Italian trattoria that opened in mid-December. And while it’s a bit of a throwback with its Hendrix tunes and southern-style comfort food, dive bar Eddy’s Grub House opened just last month.