Platinum travellers on The Ghan and Indian Pacific trains are on track for even more luxury with the recent launch of the exclusive Platinum Club carriage.

Operated by Great Southern Rail, the trains’ new carriage features a daytime lounge/bar, and an evening banquet setting suitable for captain’s dinners or larger groups. It seats 30 guests for dining and an additional 20 in the lounge area.

“From the outset, the concept was very much driven by allowing the unique Australian Outback to take centre stage,” Ms Schumacher said. 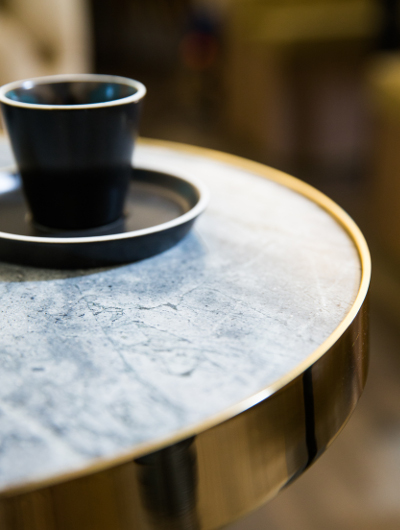 The tabletops are quartzite.

The Ghan travels through the Outback between Adelaide and Darwin, while the Indian Pacific crosses the Outback from Sydney to Perth.

Great Southern Rail spokesman Steve Kernaghan said: “The Platinum Club reflects a sophisticated Australian design complementing the regional cuisine served on board and the diverse landscapes outside the windows.”

The first of four Platinum Club carriages has been introduced to the fleet, with the remaining carriages to be rolled out over the coming months, in what is the first major refurbishment for Great Southern Rail trains since 2008. 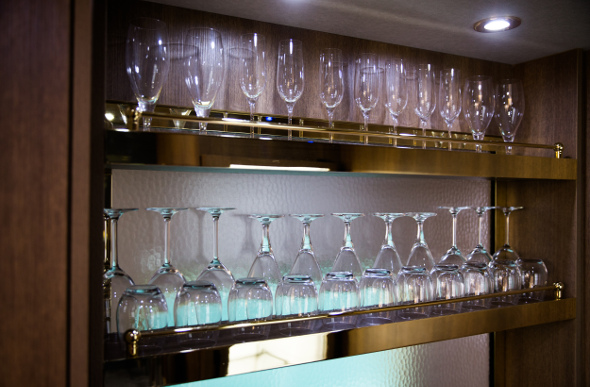 Time for a drink in Platinum Club.

Mr Kernaghan said there had been a 24 per cent increase in demand for Platinum Service travel over the past two years.

“We are delighted to be able to enhance our premium offerings with this new social and dining space on The Ghan and Indian Pacific trains,” he said.