Sicily lies in a somewhat overlooked part of Europe, but the Italian island has a spectacular history, beautiful volcanic landscapes and none of the tourist crowds of Venice or Florence.

Many of the Mediterranean’s great powers controlled Sicily at one time or another, bequeathing a glorious architectural heritage and scrumptious fusion cuisine.

Here are seven highlights of this culture-dense destination.

A villa at Piazza Armerina in the island’s southeast testifies to the luxury in which Sicily’s Roman overlords lived. Its elaborate, top-quality floor mosaics make this one of the most important Roman sites anywhere.

The remote villa, set among wooded hills, was an imperial hunting lodge. Mosaics show scenes of rabbit and boar hunts, but the best-known series depict sporting girls in bikinis and gymnasts exercising with balls and dumbbells. 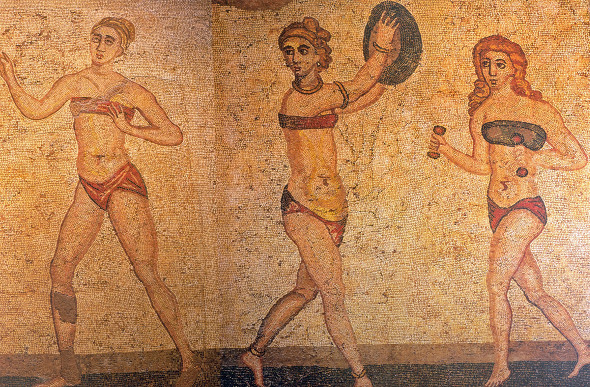 Towns such as Marsala and Mazara provide delightful rambles in back alleys, where sherbets from Islamic times are still sold from street carts gaudily painted with Moorish warriors and Norman knights.

Equally refreshing is the famous Sicilian granita, whose popular flavours such as lemon and almond are a reminder of its Arab origins.

To the south, Ragusa Ibla and Noto are full of ornate churches, dilapidated baroque houses and statues of saints.

In contrast, medieval Erice has quiet, cobbled streets and austere architecture, though its bakeries are bright with the marzipan fruits and pastries for which the town is renowned. 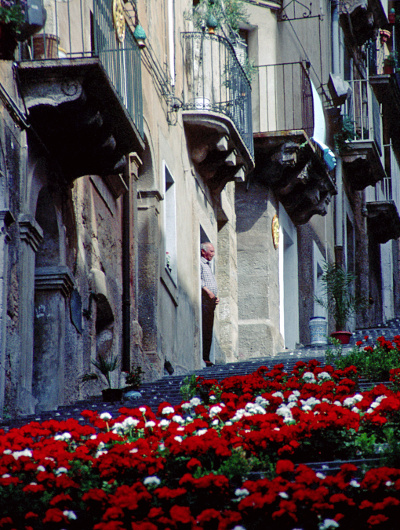 Sicily - Italy, But Not As You Know It

By the 11th century the Normans had established a splendid Sicilian kingdom in a brilliant fusion of cultures. Palermo’s Norman palace La Zisa houses a superb display of Islamic art, while the Palatine Chapel features some of the world’s earliest and best Islamic decoration.

Just outside Palermo at Monreale is one of Europe’s most glorious medieval buildings, a great Norman cathedral lavishly covered with a million tiny mosaic tiles glittering in gold and blue. 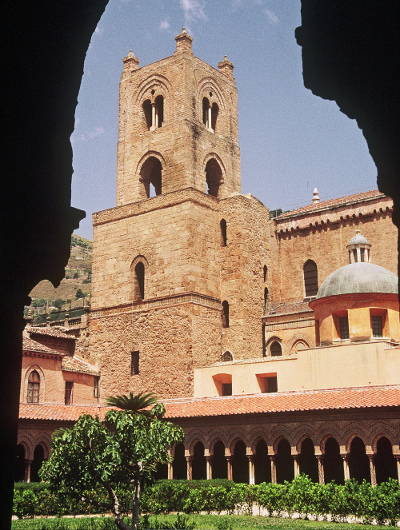 The Spanish were the last of Sicily’s great occupiers, and tended to gloomy churches and convents. One of Sicily’s most bizarre sights is the underground crypt of the Capuchin Monastery in Palermo where 8,000 corpses were embalmed and posed between the 17th and 19th centuries.

Wander among doctors in their frockcoats, society matrons in crinolines and generals still bedecked in medals and moustaches. Ghoulish but fascinating. 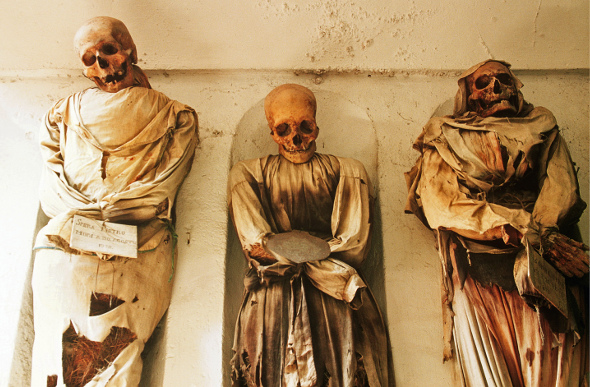 The cities founded in Sicily by ancient Greek colonists became among their wealthiest outposts. At Segesta, an exquisite temple and adjacent theatre gaze over the distant sea, while at Agrigento the Temple of Concordia is even more superb.

On Sicily’s south coast, the Greek city of Selinunte was destroyed in 250 BC by an invasion and subsequent earthquake. Scramble across an evocative tumble of pillars and pediments where lizards bask and wildflowers bloom.

Sitting high on the hillside above the beaches below, the town is cluttered with medieval and baroque buildings carved from lava and marble blocks, and dominated by its intact ancient Greek theatre.

Sit on its steps and gaze along the coast towards Mt Etna smouldering in the distance for another picture-postcard view of Sicily. 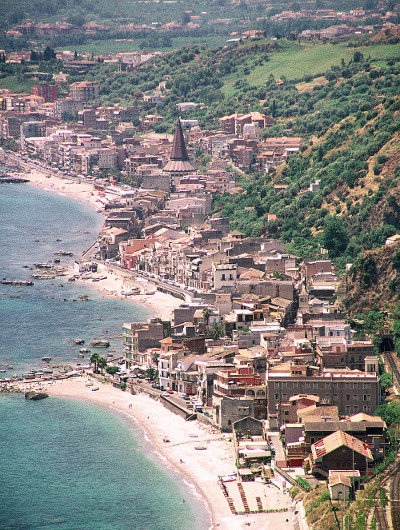 View over the coast from the Greek theatre in Taormina (Image: Brian Johnston)

Visit your local Flight Centre store or call 131 600 for more advice and the latest deals on travelling to Sicily.