How Voodoo Is Rebuilding Haiti

How Voodoo Is Rebuilding Haiti

In retrospect, I have a lot of explanations for the incident. The market was very busy, it was extremely hot, and I was a little confused by the swirling cacophony of sights and sounds and smells. And that portrait I bought from one of the hundreds of sellers? I really thought it was an icon from this island’s other official religion, Catholicism.

But no. Despite my best efforts – and in the face of all my many fears about it – I had, inadvertently, purchased a voodoo talisman at the Cap-Haitien marche on the island’s north coast. 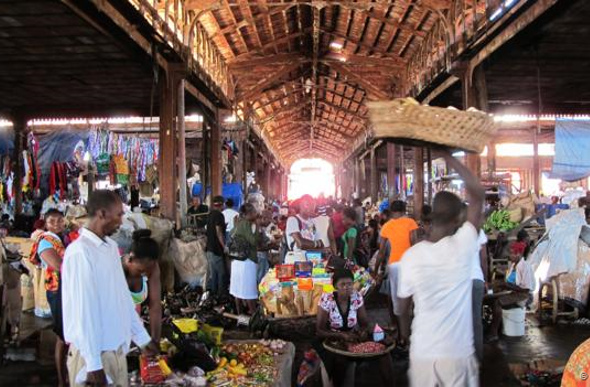 What I took to be an image of the Virgin Mary was, in fact, that of Erzili Dantor, one of the religion’s loa, or spirits.

After I pointed to the framed picture, an elderly merchant brought it down and sold it to me for just 100 gourde – less than two dollars.

Proudly showing it to my group of fellow travellers, they quickly pointed out that this was not the Black Madonna. What I had taken to be a unique and easily packed souvenir quickly became a firm representation of all my nightmares. I immediately gave it to a friend – one with fewer hang-ups about voodoo – but I would soon learn that my angst was wholly unnecessary.

I was in Haiti, a Caribbean island nation that claims voodoo – or Vodou, as it’s spelled there – as one of its two official religions. Far from the spooky image crafted by Hollywood films, African-born Haitian Vodou is credited with empowering the successful slave rebellion that cast off Napoleon’s yoke and won Haiti its independence from France in 1804.

Similarly, many Haitians see Vodou playing a key role in the rebuilding now, as the religion’s messages of joy and cooperation promote renewal among locals, and as its influence on the country’s cultural traditions brings tourism dollars to communities that were devastated by the earthquake just five years ago.

The main industry in the southern city of Jacmel, for example, was once harvesting coffee. Today, it’s an artist colony, where people come from around the world to buy handcrafted items, such as paper mache masks.

And on a larger scale, tour operators have recently started operating art and culture tours to Haiti.

“Vodou permeates every single aspect of Haitian art: whether it be painting, contemporary sculpture, music or dance. Vodou has helped define and style it, consciously or unconsciously,” said Jean Cyril Pressoir, part-owner of Tour Haiti, a Port-au-Prince tour and logistics company.

“If we as a country capitalise on our cultural traditions we will owe a great deal to Vodou, which has brought them to us.”

One of Haiti’s most successful artists is Jean-Baptiste Jean Joseph, a houngan (priest), whose peristil (the Vodou equivalent of a church) doubles as an art studio – displaying beautiful, Vodou-inspired tapestries that sell for as much as A$8,500.

Jean Joseph explained that he grew up a Christian, but that all changed one night in his sleep: “Erzili Dantor came to me in a dream, a spirit of love and sharing, and now I have that same spirit,” he said.

Jean Joseph then led us into the rear of the building to perform a ceremony using the bottle of rum our group had brought as an offering. 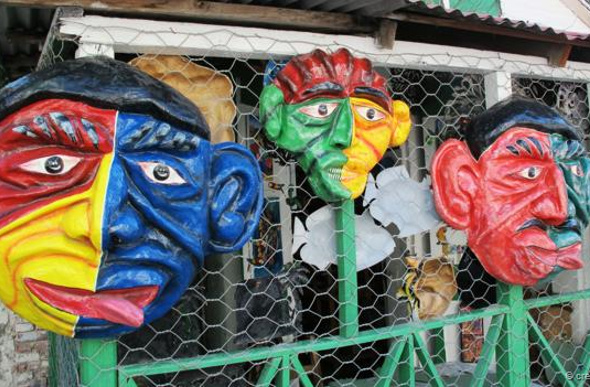 Despite the thick humidity, a chill ran down my spine as we approached the poto mitan: a post in the middle of the room where Jean Joseph interfaces with the spirits.

“Is this where you make the sacrifice?” I asked, rather obtusely. My Haitian friend Kazoul Belizaire, a dedicated Vodou follower, answered by grabbing my arm. “There’s no sacrifice – it’s not like in the movies,” she laughed.

Settling down, we watched as Jean Joseph sprayed some of the rum near the poto mitan, and then did the same thing in two adjacent small chambers, each one filled with icons and small statuettes.

He explained that one is dedicated to “hotter” spirits, which can get things done quickly but are more volatile and can create unintended consequences. The other is dedicated to “cooler”, slower, steadier spirits.

Just as you might ask a priest or monk to intercede for you, Jean Joseph does the same with the spirits – asking for healing, restoration or even good grades on an exam.

In our case, he asked for a general blessing. He added that there are no pincushion dolls here, and Vodou should not be seen as an evil force. “Vodou helps you thrive, work, prosper,” he explained. “The goal is joy.”

The message was similarly uplifting at the series of open-air art studios and co-operatives known collectively as Atis Rezistans in the heart of Port-au-Prince, Haiti’s frenzied capital.

Be spooked in America's most haunted. Ten Tips On How To Send Excess Baggage Fees Packing

Passing a number of buildings under reconstruction, we came across a Vodou-inspired work made of actual human skulls – an artwork that some might describe as creepy.

I was told that these seemingly dark icons were meant to serve as reminders to value life in all its beauty. “When you think about death, you understand the meaning of life,” said a young artist, Jean-Pierre Romel. “These are a reminder to enjoy every minute you’re alive.” 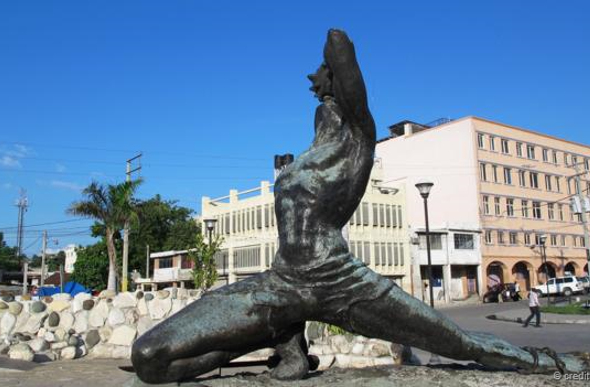 The collective also celebrates the Vodou spirit of cooperation, which is seeded in the very fibre of Haitian society. Many Haitians come from the country, and there, Romel explained, everyone pools resources, skills and talents to eke out a living.

“We are a proud nation, and we have our own ways of doing things,” he said, beaming.

“Ploughing a field, everyone contributes – although not everyone has their hand on the plow. One person beats a drum, and another brings the rum, and still others provide encouragement.”

Hearing his thoughts and reflecting on what I’d learned, I almost bought one of Romel’s grim-yet-inspiring creations – but I wasn’t quite ready for that.

If he had been selling an icon of Erzili Dantor, however, I may have just taken it home.

Visit your local Flight Centre store or call 131 600 for more advice and the latest deals on travelling to Haiti.

This article was written by Tim Johnson from BBC and was legally licensed through the NewsCred publisher network.