Townsfolk don’t mind tourists’ questions. “They’ve heard about us old people - healthy and happily getting on with active lives,” explains 96 year-old widow Katsu Yamakawa. “Who can blame them for wanting to know our secret?”

The town of Ogimi (population 3500), also known as “longevity village”, is an unlikely tourist attraction.

Ogimi is on mundanely-named Okinawa Main Island, where Okinawa’s capital, Naha, is located.

Okinawa is a 1000km curve comprising three archipelagos of which the Ryukyu Islands are best known. This visitor-friendly collection of more than 100 islands is Japan’s southernmost and only sub-tropical prefecture. 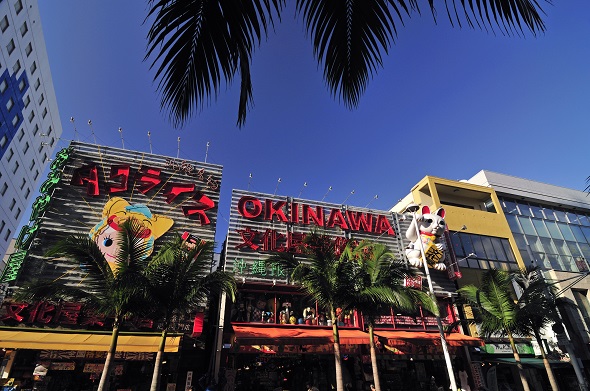 Closer to Hong Kong, Taiwan and South Korea than the rest of Japan, Okinawa boasts international flights landing at Naha and at a new airport close to Ishigaki island’s Ishigaki City.

Naha, a modern city, has a monorail running through it. I island-hop by air and ferry, puzzled that Okinawa - often dubbed “easy Japan” elsewhere in Asia - is commonly overlooked by westerners.

Most tourists are from elsewhere in Japan - but those from further afield are increasingly common.

I find myself touring a medieval castle, illuminated limestone caves, Japan’s underground World War II naval headquarters, memorials to the war in the Pacific and even travel by buffalo cart between two islands - Iriomote andYubu - through ankle-deep sea. Many visitors take karate lessons - because Okinawa is karate’s birthplace.

There’s time, too, for souvenir shopping along Naha’s hip Kokusai Street, a wander through adjoining Makishi Market and a visit to American Village, with its US-style restaurants, cinemas and shops catering partly to 26,000 troops on American bases.

I dive and snorkel along coral reefs off Yonaguni Island with its mysterious undersea “lost city”. Some scientists contend it’s the ruins of an ancient civilization; others insist it’s a natural result of rock-weathering.

The Best Places in Japan to view Cherry Blossoms

Travel Back in Time on a Walking Tour of Japan

But, most of all, I want to visit Ogimi, a 30-minute drive from Naha. I stroll with Mrs Yamakawa to a small restaurant called Emi No Mise.

More than one in four of Ogimi’s population is over 65. Eighty are in their 90s.

A resident named Kama Chinen died six years ago, a week before her 115th birthday. She was the world’s oldest person. But 457 of Okinawa’s 1.4 million people are over 100.

While Japan has a greater proportion of old people than anywhere else on earth, it doesn’t presently have the world’s oldest man or woman.

And nowhere in Japan are old people more evident than in Okinawa.

Dr Makoto Suzuki, who led a study into longevity, describes many Okinawan centenarians as lean, youthful-looking and energetic with lower-than-expected levels of cancer and heart disease. 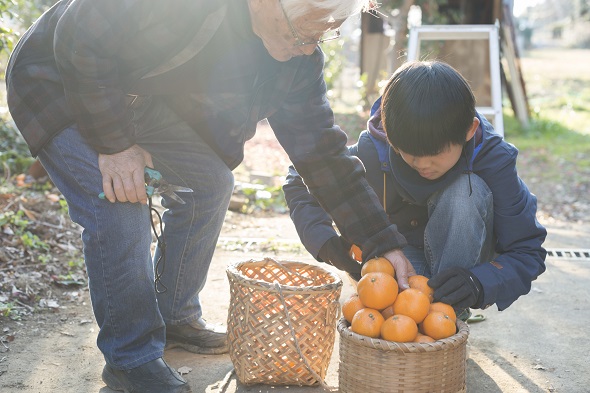 Diets are similar to those of other Japanese but Okinawans eat less rice and more native sweet potatoes. Typically, 30 per cent of their diet is vegetables. They also eat plenty of tofu (soya bean curd).

Some experts describe two items, super-rich in anti-oxidants and flavonoids, as miracle foods and a key to longevity: bitter melon, locally termed goya, and a sour-tasting citrus called shikwasa. Thinly-sliced goya is a feature of almost all dishes while shikwasa is used in salad dressings.

Mrs Yamakawa acknowledges genetics play a part but believes it’s important to “be cheerful and have a network of friends.

“Enjoy the sun - but always wear a hat,” she advises.

Smoking and drinking? “Not if you want to live long!”

She recommends keeping hands and fingers busy to prevent arthritis and belongs to the Association for the Preservation of Kijoka Bashofu, making traditional fabric woven from fibres of a non-fruiting banana-like plant. 30 per cent of Okinawans' diet is vegetables. Picture: Getty Images.

About 70 old people work part-time from home for the association.”It’s some extra money for them,” says association director Mrs Mieko Taira, “We’re firmly on the tourist trail but young people aren’t much interested - so elderly workers are vital.”

As Mrs Yamakawa sums up: “Two things are essential: a healthy diet and keeping active.”

Chris Pritchard is an avid traveller and experienced journalist that has been around the world and back again.
more articles from this author