Longreach – In Search Of The Spirit

Longreach – In Search Of The Spirit

The first thing you see as you enter Longreach from the east is something that gives you a shock and, if you're Australian, perhaps a feeling of pride.

Right there, next to the railway tracks, incongruous and ludicrously high against the flat, dusty plains that stretch away to the northern horizon, is the unmistakeable red and white tailfin of a Qantas 747.

As you get closer, the whole of the Jumbo jet comes into view, followed by other aircraft – a vintage Qantas 707, a Catalina flying boat – and, set among the various hangars and buildings of the adjacent Longreach Airport, the Qantas Founders' Outback Museum. 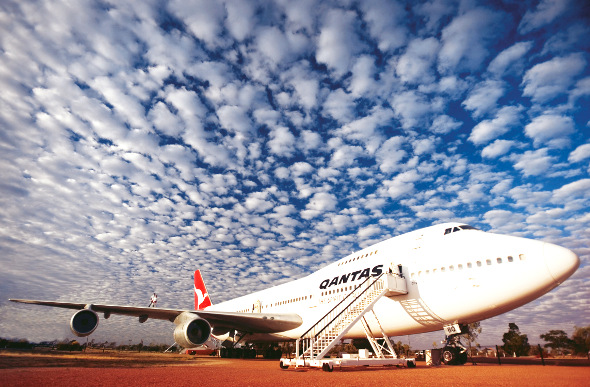 An iconic Qantas aircraft at the Founders Museum

Opened in 1996 to commemorate the pioneering history of the famous airline, the museum has become a Mecca for many tourists in Queensland's central west, along with two other major attractions on the Matilda Highway drive route – the Australian Stockman's Hall of Fame (across the road from the Qantas museum) and Winton's Waltzing Matilda Centre.

Depending on what you're looking for – history, an emotional connection with the Outback, a sense of the spirit that built this country – any one of these popular, man-made attractions will provide some answers. Together, they may leave you with a sense of mission accomplished, especially if you want to get a handle on what that word "spirit" is all about.

There might be a dozen words that describe it, including toughness, courage, stoicism, resourcefulness, persistence, enterprise and larrikinism.

Hudson Fysh and Paul McGinness displayed a few of these qualities in 1919 when they set out from Longreach in a Model-T Ford 'ute' to survey a route inland from Darwin for an England to Australia air race. A year later, the two WWI flying aces registered Queensland and Northern Territory Aerial Services (Q.A.N.T.A.S.) in Winton, and the rest is history. 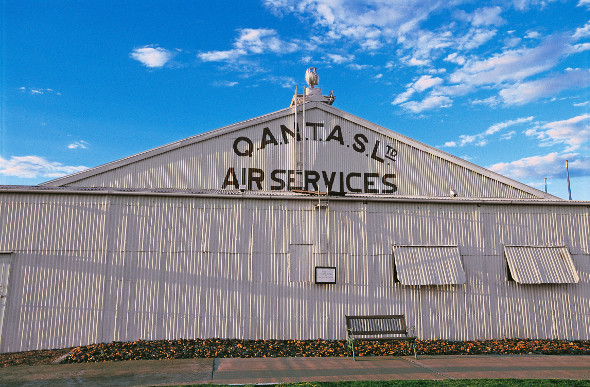 You can see it all at the multi-award-winning Founders' Museum, which is one of the best tourist attractions in the west. Attractive audio-visuals, photographs, permanent exhibits including a Model-T of the type Fysh and McGinness used and a full scale replica of their first commercial Avro 504K aircraft, and even flight simulators tell an inspiring story in this very attractive museum.

Not surprisingly, the Qantas 747 and the heritage Qantas 707 (the first commercial jet registered in Australia) have become the focus of add-on tours at the museum, which take you inside the aircraft for a look at the design, pre-digital age cockpits and fittings (ashtrays included), as well as a rundown on the Jumbo's flying technology and the 707’s rather surprising history.

It’s not every day you get to see inside old planes like this, of course, but unless you're into the technicalities of flying, you might find these 90-minute tours a little expensive (the aircraft tour adds $35 to the cost of entry to the museum, which is $25 for adults). The museum’s excellent McGinness' Restaurant could be a better way to spend the difference.

Across the road, the Australian Stockman's Hall of Fame is where you'll learn about this country's pioneers and settlers, the myriad challenges the country presented to them and the human qualities, past and present, that have helped the people of the inland to overcome adversity and build the Australian identity. 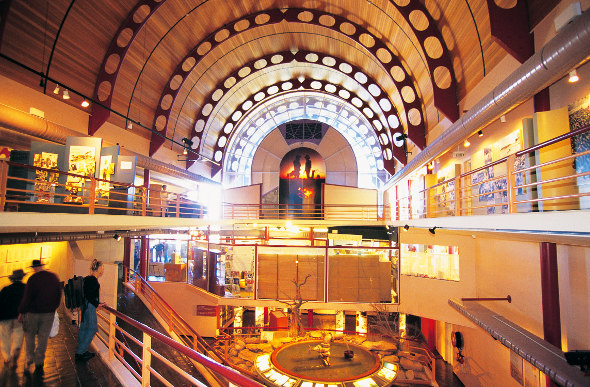 Queensland's history brought to life at the Stockman's Hall of Fame

It is an impressive and often inspiring museum, opened by the Queen in 1988 and, like most tourist attractions, it periodically reinvents itself or its objectives to present a fresh face on an old story.

You need up to half a day in here to take it all in. Indeed, the place is so full of information that you could find yourself tired with the effort of absorbing it. A sensible layout and a mixture of story boards, pictures, audio-visuals and large permanent artefacts helps the process along.

I liked the comprehensive Discovery section best, but by the time you're through you'll have learned all you need to know about the Outback pioneers, pastoralists, stockmen (okay, stock workers for the pedantic) and flying doctors who created the history.

You should not miss the new introductory film featuring modern day stockmen (stock workers, stock persons) telling their own story. Look out for the young stockman who, when asked about the future of the cattle industry, gives the disarming answer, "What's a meal without meat?" 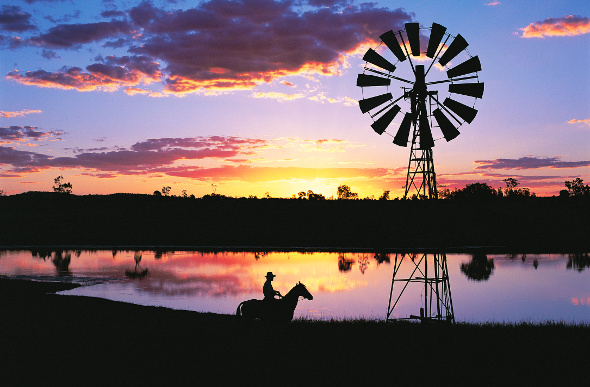 The country Queensland landscapes that inspired a bush ballad

If you're still searching for the elusive Outback Spirit, you should get along to Winton's Waltzing Matilda Centre, another award-winning attraction. This museum is a lot more than a paean to a famous song, whose history and meaning, museum staff say, is unknown to most of us.

You'll get all the information at the museum, as well as a lot more besides about Winton, the Qantas story and Outback culture.

There's a hologram presentation here that may bring tears to your eyes or an understanding or feeling that, yes, perhaps you've found what you've come out west looking for.

Charming, witty, handsome, rich: journalist John Wright would like to be all these things. While he’s waiting, he’s drinking craft beer, reading Murakami and criss-crossing the globe as a dedicated travel writer. He rates Outback Australia as one of his favourite travel destinations.
more articles from this author