Meet Fiji's Stars Of The Screen

Meet Fiji's Stars Of The Screen

Fiji’s islands have attracted the attention of movie makers since the 1940s, and celebrities ranging from Jean Simmons and Burt Lancaster to Brooke Shields and Tom Hanks have passed through on their way to stardom. But the real stars of the screen have been the movie locations, upstaging the actors with their natural beauty and dramatic landscapes.

We think they deserve an Oscar of their own. See for yourself – here are some Fijian stars of the screen and where you can stay to feel just like an award-winner.

Escape civilisation in the Yasawa Island Group, which consists of about 20 volcanic islands in Fiji’s west. It worked for Brooke Shields in 1980’s Blue Lagoon (and Jean Simmons in the original 1949 film), as well as Richard Thomas, who starred in The Adventures of Swiss Family Robinson TV series of the 1990s. The Brooke Shields film was shot around the islands of Nanuya Levu and Nanuya Lailai (where Swiss Family Robinson was also filmed). The stunning Sawa-i-Lau limestone caves have also been used in the films. 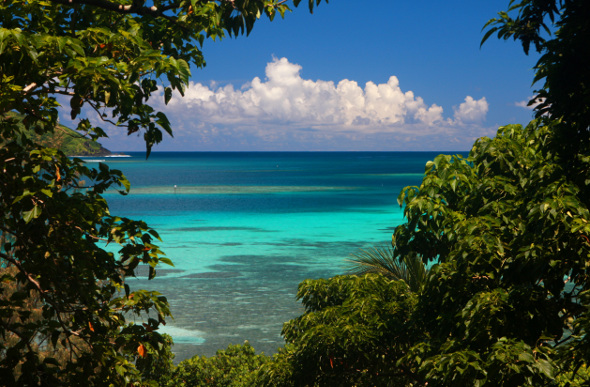 Gaze at the lagoon from Nanuya Lailai. Picture: Getty Images

There are no roads, cars, banks or shops but endless divine beaches, and stereotypically turquoise waters. The islands can be reached by the Yasawa Flyer ferry, as well as cruise ships, yachts and seaplane.

Stay like a star: Stay at Yasawa Island Resort & Spa on Yasawa Island, which features 18 luxury bungalows mere steps from white sand, clear water and colourful coral, not to mention its beachfront spa.

Viti Levu is the main island of Fiji, and incorporates the tourist hub of Nadi, as well as the capital, Suva, and Pacific Harbour. The 1954 Burt Lancaster film His Majesty O’Keefe was shot at the marvellous – and recently resurrected – Grand Pacific Hotel in Suva, as well as at Pacific Harbour, which is now Fiji’s adventure capital, where you can try surfing, shark feeding, four-wheel-driving or jet-skiing. 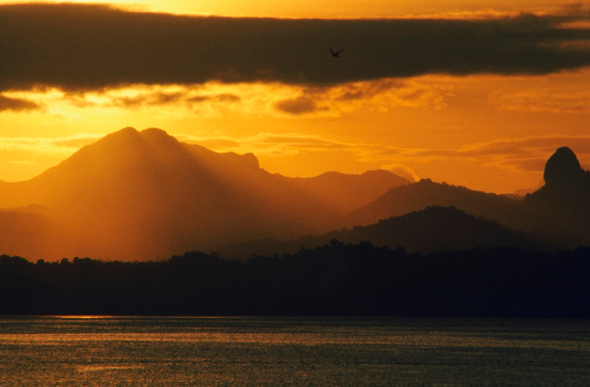 The 1974 film The Dove (produced by Gregory Peck) was also shot in Suva, as was the 1983 Tommy Lee Jones flick Savage Islands. Here you can look for local crafts at the Suva craft markets, or discover life more than 3,700 years ago at the Fiji Museum, within the Thurston Gardens.

Stay like a star: Stay at Nanuku Resort & Spa at Pacific Harbour, overlooking Beqa Lagoon, an all-villa resort acclaimed for its cuisine, from restaurant dining to gourmet picnics and food safaris.

Go beyond the resort: 8 Fiji Activities For Kids You Haven't Heard About

Save your pennies: 5 Budget Fiji Resorts Travellers Rave About

Try horse-trekking, diving, or hiking to the top of a dormant volcano. The island is accessible by boat, plane or ferry. 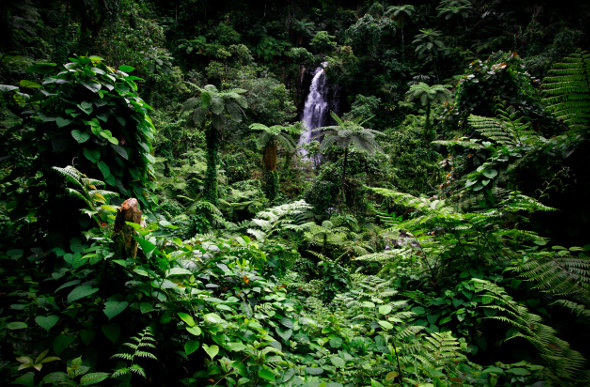 Taveuni is not called the Garden Island for nothing. Picture: Getty Images

The Mamanucas have the honour of hosting film shoots for the 2000 movie Cast Away, which earned star Tom Hanks an Oscar nod. They also have the rather more dubious honour of hosting the 2013 flick Bula Quo – a crime caper starring Status Quo and Jon Lovitz. 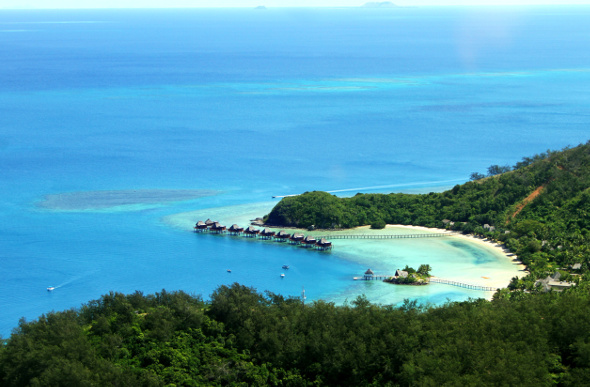 The chain of 20 islands near Nadi offers parasailing, windsurfing, dolphin-watching, famous dives and top surf breaks (Kelly Slater named ‘Cloudbreak’ off Tavarua as one of the most perfect waves he’d ever surfed). If you want to live out your Wilson moment, visit the uninhabited Monuriki island (everybody and their dog offer day trips), where you can also try your hand at snorkelling and iguana spotting.

Stay like a star: Stay at Likuliku Lagoon Resort on Malolo Island, a luxury escape for couples, featuring overwater bures perched on coral reef, with separate bathing pavilions from which you can gaze at the sea.

Vanua Levu, Fiji’s second-largest island after Viti Levu, is rural Fiji at its best, with few roads, one street of shops, sugarcane plantations and little villages set amid forest and never far from the sea. Visit Savusavu town in a protected bay popular with yachties, hike through the rainforest of Wasali Nature Reserve, tour the Snake Temple near Labasa, or dive into the blue. The village of Vunivutu played host to the Survivor: Fiji crew in 2006. 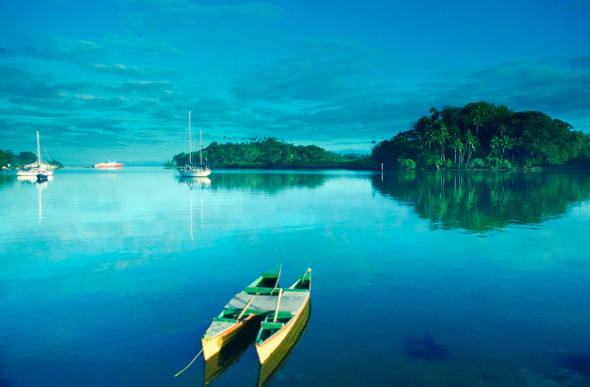 Stay like a star: Stay at the secluded Namale resort and spa, which was used as a reward for Survivor contestants, has been frequented by the likes of Russell Crowe, Edward Norton and Meg Ryan, and has a staff-to-guest ratio of about three to one.