More Than Four Fab Things To See In Liverpool, UNESCO City Of Music

More Than Four Fab Things To See In Liverpool, UNESCO City Of Music

The people of Liverpool are extremely proud of the legacy that the Fab Four have left behind and any Beatles fans making the pilgrimage to the UNESCO City of Music will not be disappointed. This is a city in which musical history weaves in seamlessly with a celebrated mix of attractions. 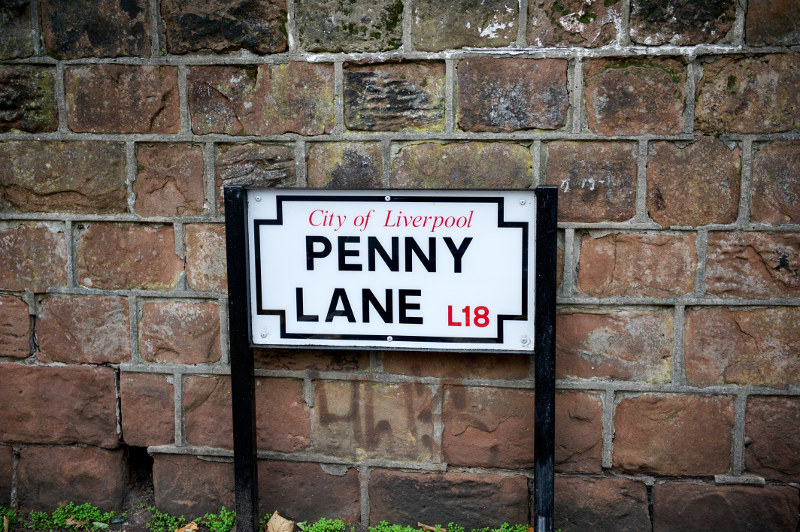 The most famous lane in Liverpool. Image: Getty

Begin your day with breakfast on Penny Lane – the road made famous by The Beatles’ song of the same name – at the Tavern Company, voted ‘the nation’s best breakfast’ for two years running. While on Penny Lane, be sure to take in your surroundings, preferably with the song playing in your headphones as many of the places mentioned within it, such as the barbershop and bus shelter in the middle of a roundabout, are still there today. It was here where a young John Lennon and Paul McCartney would meet regularly to catch the bus into town. 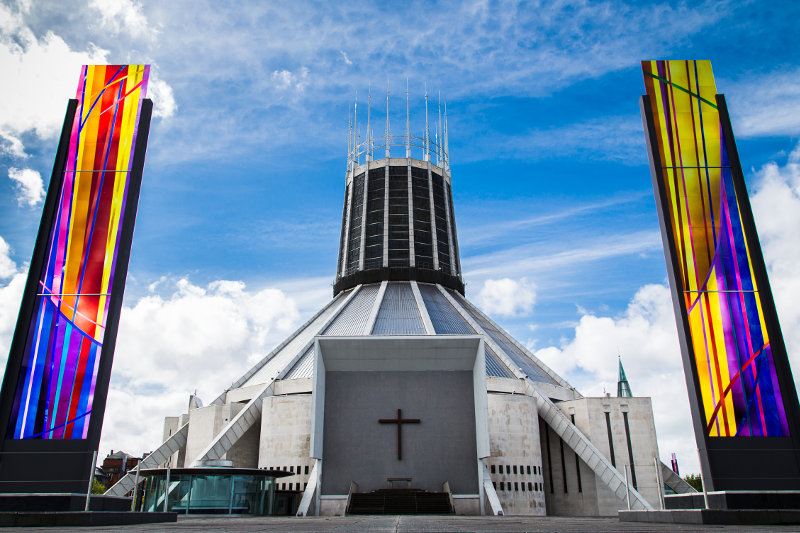 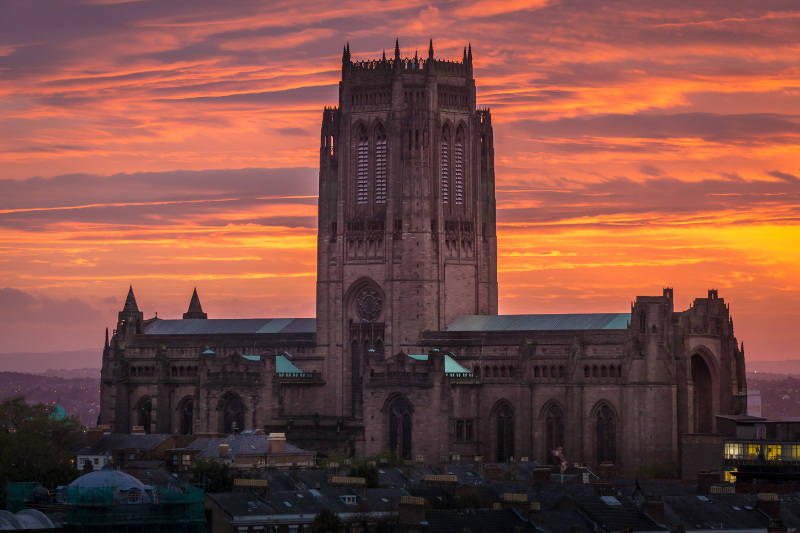 You can do the same, or jump a taxi, but be sure to get out on Hope Street to view both of Liverpool’s stunning Metropolitan and Anglican cathedrals. The latter offers one of the best views of the city. This area is also home to the Royal Philharmonic Orchestra and is one of the city’s best districts for fine dining, so bear this in mind for later, if that’s your thing. 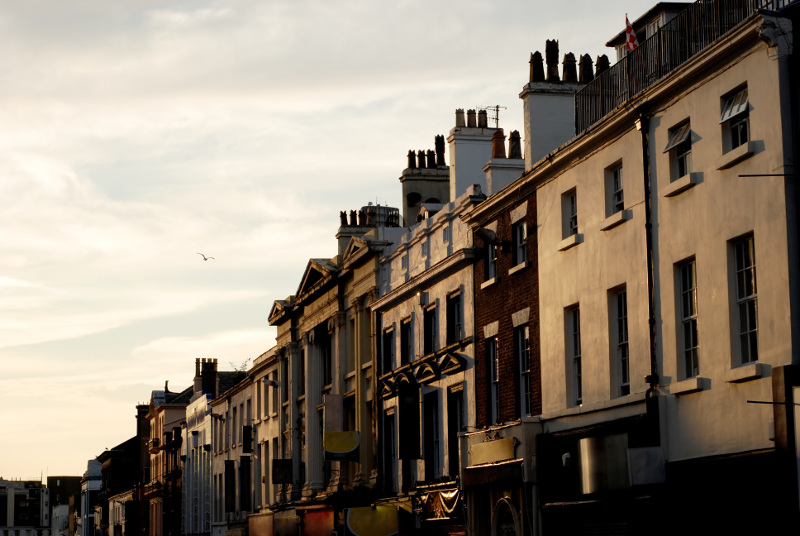 Continue on foot into town taking in the architecture of the Georgian Quarter, past Rodney Street and onto Bold Street. This bohemian stretch is best known for having a large eclectic mix of independent restaurants, cafes, bars, boutiques and retail stores. Grab a street food-style light lunch at one of the many outlets before heading through the city centre into Liverpool ONE, now one of Europe’s leading retail and leisure destinations. 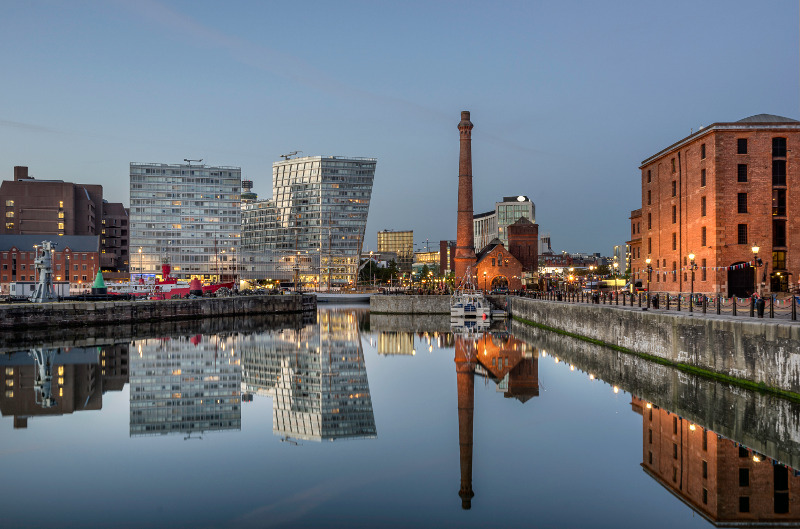 Out the other side of the Liverpool ONE complex you’ll discover the Albert Dock, the heart of Liverpool’s historic UNECSO waterfront. Here you’ll find The Beatles Story, the world’s largest permanent exhibition dedicated to the lives, times, music and culture of the band. A must-see attraction for fans, it takes you through the Fab Four’s rise to world fame using unique memorabilia and immersive recreations of the places that were key to their success, such as Hamburg, the Cavern Club and Abbey Road Studios. 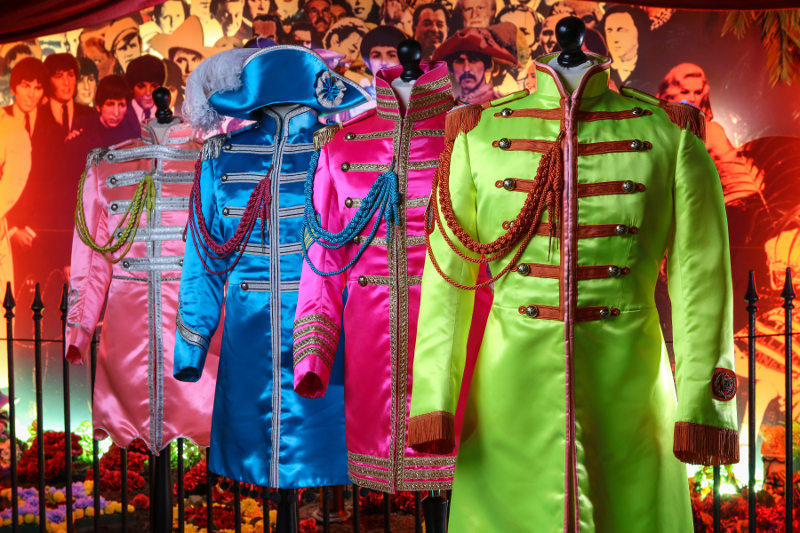 If after this you’d still like more Beatles, then hop aboard the Magical Mystery Tour from the Albert Dock as well. Alternatively, for football, take the shuttle bus to Anfield and enjoy a stadium and museum tour at the home of Liverpool FC. 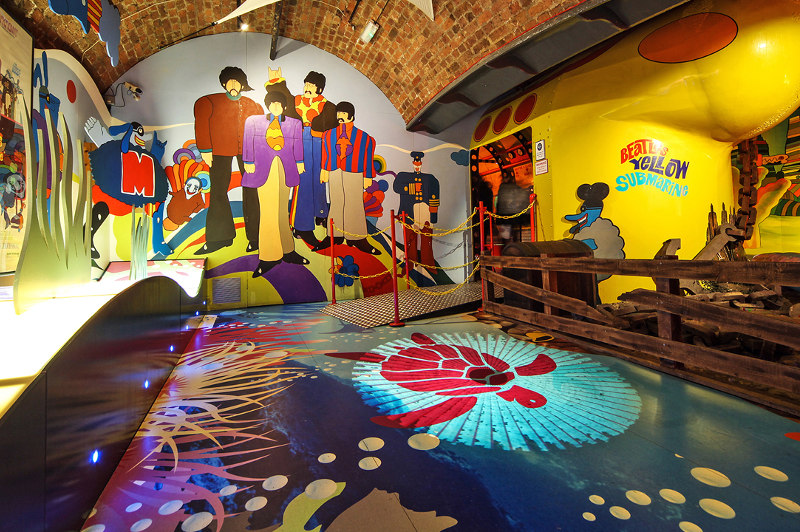 The Albert Dock has the largest collection of Grade I listed buildings in Britain and has some great free attractions including Tate Liverpool and the Merseyside Maritime Museum. Liverpool itself has the largest collection of museums and galleries anywhere in the UK outside of the nation’s capital. If you enjoy comedy, or that Liverpool-style Scouse humour, then check out Comedy Central for some quality local entertainment. 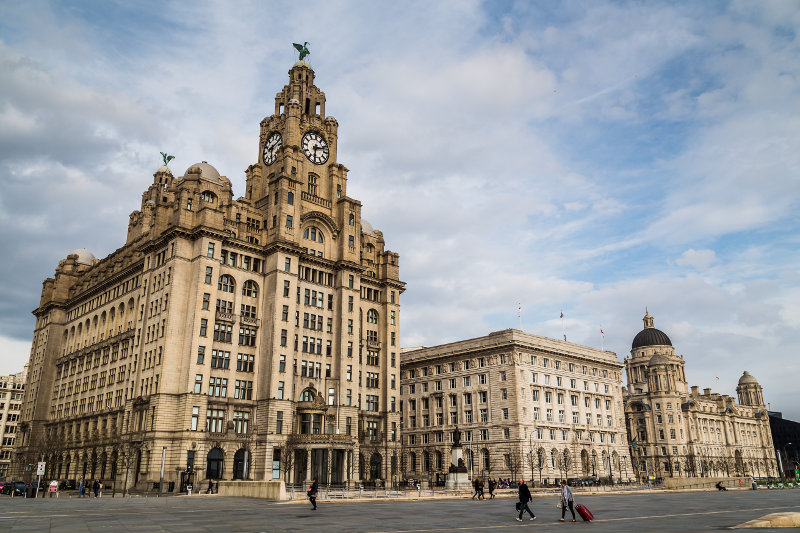 These three grand buildings are icons of Liverpool. Image: Getty

Continue your stroll along the waterfront to the Pier Head and Three Graces; for a century, the spectacular Royal Liver Building, The Cunard Building and the Port of Liverpool Building have defined Liverpool’s world-famous skyline. Opposite them you’ll find that the statue of The Beatles is an ideal spot for a quick selfie. Also, keep an eye out for the Ferry ‘Cross the Mersey, a particularly pleasant trip in sunny weather.

As the evening closes in head back into town via the Liverpool’s Town Hall and look up at the balcony where The Beatles famously posed for a photograph before their hometown film premiere of A Hard Day’s Night. A bit further on you’ll find Mathew Street, a vibrant focal point in The Beatles’ history and the city’s nightlife scene. It is home to the Cavern Club and many other ‘fab’ music venues and bars. The Beatles performed at the original Cavern Club 292 times, and today visitors can step into the basement club to enjoy live music every day of the week. 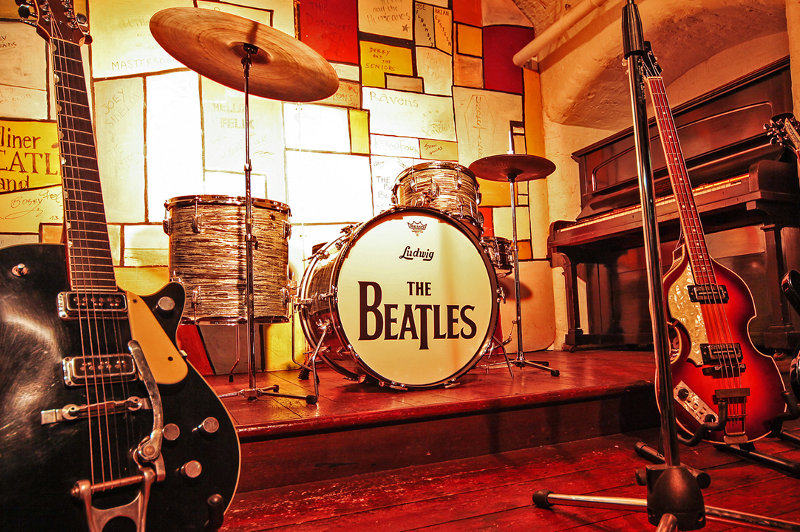 Spend some time in the Cavern Club to enjoy the best Beatles tribute acts in town, collections of memorabilia and the lively atmosphere, but also make sure to visit The Grapes pub slightly further down the street to sit in the same seats that The Beatles used to sit in when they would frequent the bar after their performances.

For those wanting to ‘Twist and Shout’ into the early hours, grab some cocktails at the Jacaranda on Slater Street. Opened in the late 1950s as a coffee bar by first Beatles manager, Allan Williams. It was here where John Lennon first introduced the band as ‘The Beatles’ before their trip to Hamburg. The adjoining Seel Street is fun for a night out too, bars such as Heebie Jeebies, Lago and Mojo are very much about playing the kind of rock ‘n’ roll that will keep you up dancing all night.

Dave is Marketing and PR Executive at the award-winning ‘The Beatles Story’ in Liverpool, the world’s largest attraction dedicated to the fab four. He is a passionate ambassador for the city of Liverpool as well as a skilled musician and holds a Masters degree in ‘Music Since 1900’.