There’s no doubt about it, country folk know how to have a good time – whether it’s the camaraderie of a campfire or a wife-carrying competition, rocking out in the desert or freaking out at dinosaurs. So pack up the car and take the kids on a road trip they’ll never forget to these Outback Queensland festivals.

Roma’s Easter In The Country Festival 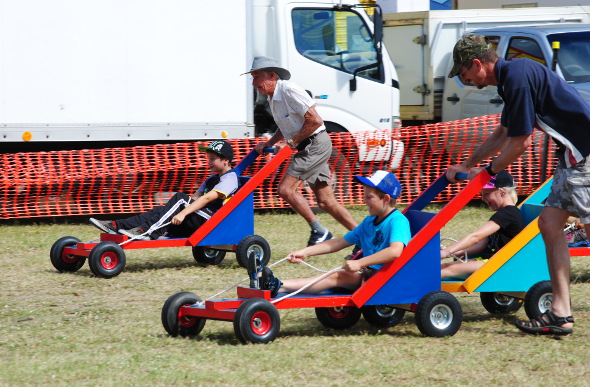 Kids will love: Seeing kids hurtle down the street in the Billy Cart Races; plus the MONSTER Easter Egg Hunt. 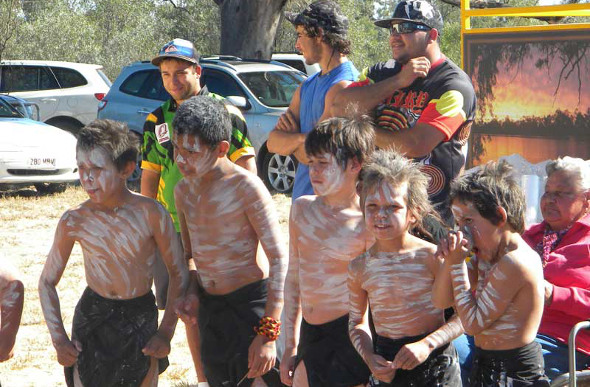 The first ever Cully Fest will feature live music from the likes of Aussie rock legends The Angels, Darren Hanlon, and the Christopher Coleman Collective; didgeridoo from virtuoso and storyteller Mark Atkins; performances by the Gawumu Aboriginal dancers; as well as dance and singing workshops; sandboarding; opal fossicking; fishing competitions; and more. See how didgeridoos are made and learn how to cook an emu. Feast on delicious local Aussie Outback fare and traditional Aboriginal food cooked in the camp oven. It’s on at Cunnamulla, about a 10-hour drive west of Brisbane. 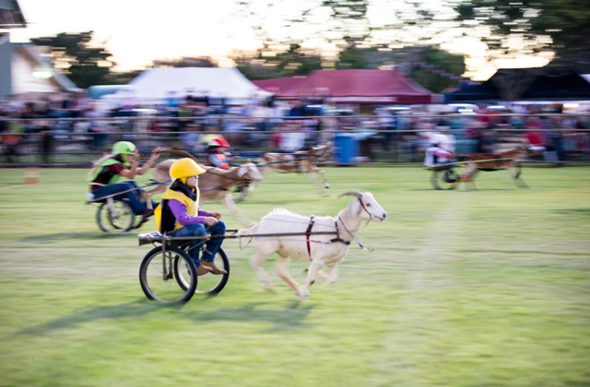 The Tree of Knowledge Festival at Barcaldine, about six hours west of Rockhampton, will this year celebrate 125 years since the Shearers’ Strike of 1891, which led to the birth of the Australian Labor Party. The shearers met under the Tree of Knowledge, a ghost gum outside the railway station, which was poisoned in 2006. The festival will feature markets, an art exhibition themed around the strike, a Graeme Connors drought relief concert, race meet, Revfest drag racing, a street party and food festival, as well as a May Day March.

Kids will love: The goat races, where local kids ride in a small gig and race their goat to glory; and the May Day Family Day, with children’s entertainment, and a show by Dougie and the Dungbeetles.

Adventure drive: A Glimpse Of Outback Queensland Along The Savannah Way

Can you dig it? Earthly Delights In The Outback

[embed]https://youtu.be/ygcA7if4HII[/embed]
Sit back and relax in a canvas chair under the stars at the Royal Open Air Theatre, during The Vision Splendid Outback Film Festival in Winton, about a nine-hour drive west of Rockhampton. This year’s program features the best dinosaur films of all time, as well as celebrating Aussie film and culture, plus masterclasses, short film competitions, location tours and movie premieres. This is dinosaur country, so make sure you stop in at Australian Age of Dinosaurs to see the world’s largest collection of Australian dinosaur fossils while you’re here.

Kids will love: The Vision Splendid KIDS Club, which includes entry to all kids’ movies at the Opal Theatre. 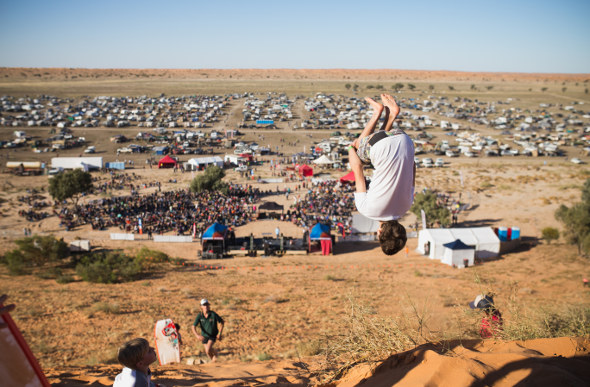 Red dirt, dunes and tunes at the Big Red Bash.

Are you ready to rock the Simpson Desert? Jimmy Barnes, Paul Kelly, Glenn Shorrock and Brian Cadd are, at the Birdsville Big Red Bash – three days and nights of music from iconic Australian artists with the 30-metre-high Big Red dune as a backdrop.

Think red dirt, blue sky and wide open spaces, where Outback characters come together with 3,000 festival goers. Add in a scenic chopper flight to complete the picture. Birdsville is remote – about 1,590 kilometres west of Brisbane.

Kids will love: The absolute freedom of camping in the desert and getting red dirt on their feet. Family passes are available and kids under 11 are free. 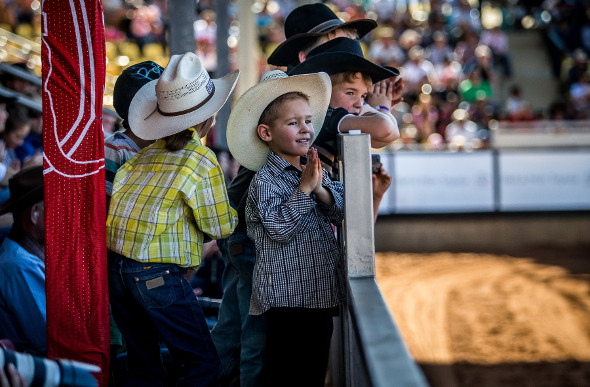 Kids will love: The family Mardi Gras parade on the Friday night, before the official opening; plus face painting and poddy rides at the rodeo.