Glistening signs, flashing lights and non-stop tinkling lure scores of tourists in Budapest to Europe's largest pinball museum, where a passionate collector is bent on reviving the once-popular pastime.

In the basement of a nondescript apartment house, Balazs Palfi displays a unique collection of over 140 working machines that has turned into pilgrimage site for pinball enthusiasts. 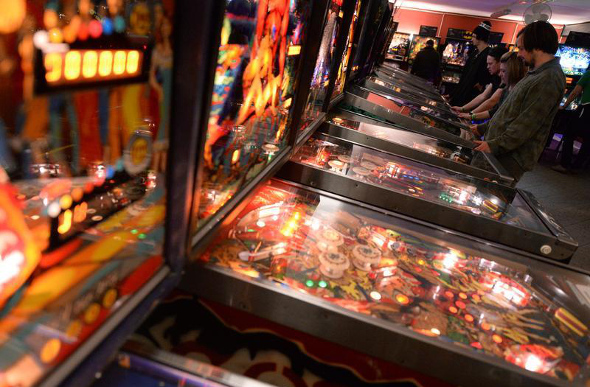 The pinball fascination lives on in Budapest

"Video games cannot replace them," insisted the 42-year-old Hungarian on a busy Saturday in his museum. "Since the 1990s, pinball machines have disappeared from most bars. But there is now a renaissance of pinball culture.

"From bars and pubs, the pinball scene moved to museums and collectors," he told AFP.

Launched less than a year ago, Palfi's museum became a quick success. Open to the public five days a week, it has become a top attraction in Hungary's capital, according to the popular travel website Tripadvisor.

Most machines are usually available, and visitors are encouraged to play as long as they want for an eight euro ($11.30) entrance fee.

On busy weeks an average 400 people show up, losing themselves in the maze of games and mesmerised for hours. More than half of the visitors are foreigners.

"We don't have them anymore in England, it is a retro thing," enthused one visitor who identified herself as Kim.

A Canadian tourist shrieked with delight, saying: "Oh my God, I have not played 'The Simpsons' since I was a kid!"

The oldest piece in the collection dates back to 1871, when the ball had to make its way though dozens of pins on a wooden board.

Flashing vintage machines from the 1980s and 1990s feature popular rock bands like Guns N' Roses and ACDC or movies like "Indiana Jones" or "Star Wars". Horror and space themes notably are in vogue, with tourists and hipsters flocking to the noisy cave-like setting.

A handful of arcade games, such as "Space Invaders" or "Mortal Kombat" are also available. 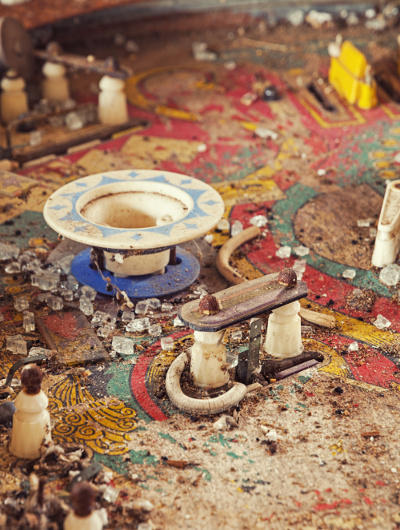 Many of the machines had to be restored (Image: Getty)

Only a fifth of the machines were bought in Hungary. The rest Palfi located and shipped from 16 different countries, including the United States, Belgium and France.

Hungary itself never produced pinball machines. The only known game in Hungarian was adapted from a Spanish game and is called "Mesevonat" (Tale Train) and is on display at the museum.

Each item is neatly labelled, just like in a real museum, with its production date, the name of the manufacturer, the designer, the artist and number of units produced.

The soft-spoken Palfi started to collect pinball games six years ago on an auction website. He loved the games as a kid and played a lot during his university years studying economics, saying with a smile: "I had a lot of time back then."

The museum - where only the machines' tinkle fills the air - even hosts a tiny workshop where repairmen, collectors themselves, rebuild flipper games.

During the communist era, Hungary was more open than its East bloc neighbours so pinball games - an example of Western products so admired by many of those stuck behind the Iron Curtain - made their way more readily into this country of 10 million.

"Flippers were allowed into the country even earlier than Coca-Cola so they became cult items and the attraction remained for generations to come," said Palfi, who estimates that hundreds of thousands of Hungarians still played daily in the 1990s. 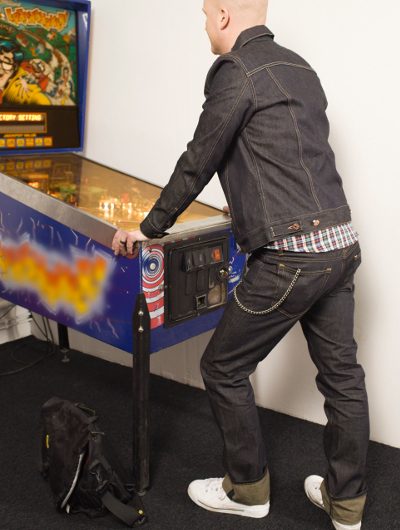 Of the 20,000-odd machines at work in the mid-90s, Palfi estimates that barely 300 can be found in pubs and cafes today, casualties of slot machines - more lucrative for bar owners, tougher regulations and other new distractions.

"This could be seen as nostalgia, but it isn't for me," he said of his desire to revive pinball culture. "I still feel the same as I did 30 years ago with every ball, trying to make the most of it."

Visit your local Flight Centre or call 131 600 for more advice and the latest deals on travelling to Budapest.