Rockin' And Rollin' In Memphis

Rockin' And Rollin' In Memphis

Truth be known, my husband and I weren’t big Elvis fans. But Memphis, the birthplace of Rock and Roll, changed that for us. Standing in the small humble studio of Sun Studios, we felt honoured to be inside the hallowed halls of rock and roll history.  There’s a saying at Sun Studio: "If music was a religion, then Memphis would be Jerusalem, and Sun Studio its most holy shrine." 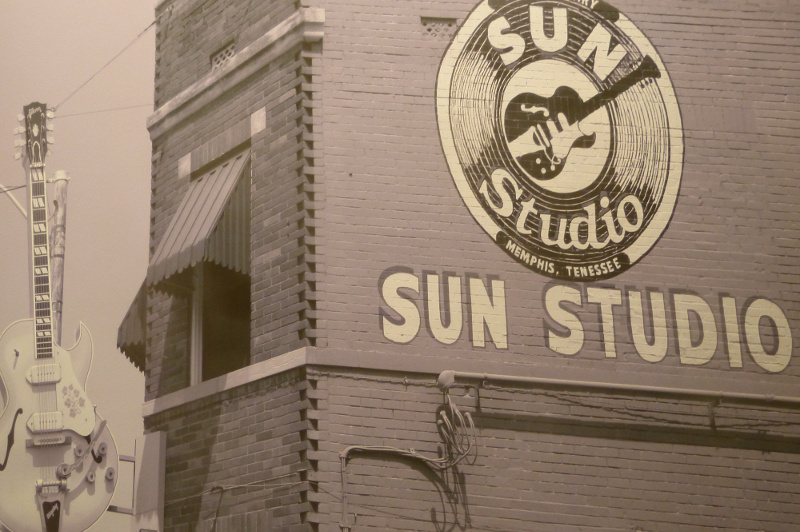 Along with being the first studio to record Elvis, Sun Studios has produced greats as B.B. King, Roy Orbison, Jerry Lee Lewis and Johnny Cash, among many others. The very first rock and roll record, ‘Rocket 88’ by Jackie Brenston and his Delta Cats (who were actually Ike Turner’s Kings of Rhythm) was produced at here in 1951. Years later, many famous musicians including Paul Simon, Ringo Starr, Chris Issac, Bruno Mars, and an unknown band at the time called U2, would also record here.

As I belt out a few lines of ‘Blue Suede Shoes’ on the only surviving microphone from those 1950s sessions, used by Elvis and others, you can almost feel their presence radiating from her shiny steel frame.

Next on our musical pilgrimage is Stax Museum of American Soul, one of only a handful of museums in the world dedicated to the genre. We reminisce about artists such as Isaac Hayes, Otis Redding, Aretha Franklin, Stevie Wonder, The Jackson Five, James Brown, and Ike and Tina Turner. At the time Stax was recording, racial tension was brewing in Memphis and around the country, but the studio had always been a place where talents of any age, colour, or gender, were welcome. The amazing collection encompasses more than 2,000 artefacts, and I’ll guarantee you’ll find yourself wanting to boogie on the ‘Express Yourself’ dance floor. 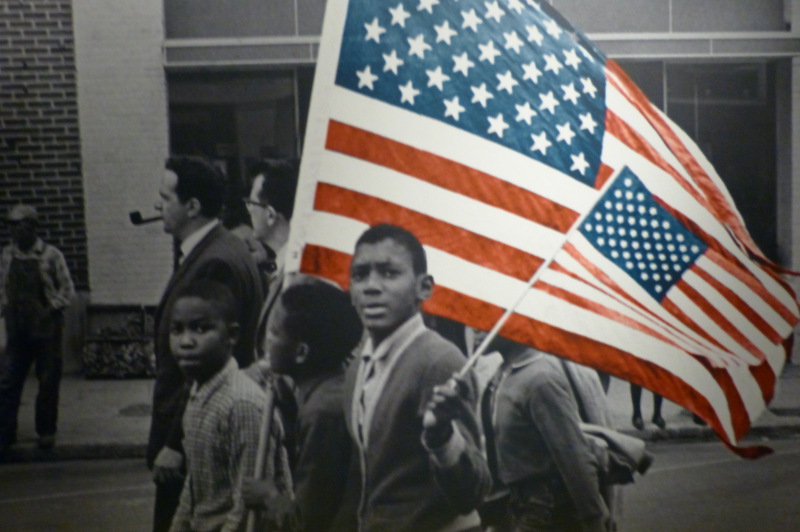 The National Civil Rights Museum traces the history of the Civil Rights Movement in the United States from the 17th Century to the present. Image: Kris Madden

We obtain an insight into those dark times when America was divided at the confronting National Civil Rights Museum, which documents the long struggle against racial discrimination in America, from the introduction of slavery, through to the segregation of the 1950s and 1960s. It’s located at the old Lorraine Hotel where Dr Martin Luther King Jr was assassinated, and is an essential stop to understand the importance Memphis played in those divisive times, as well as how blues music originated. 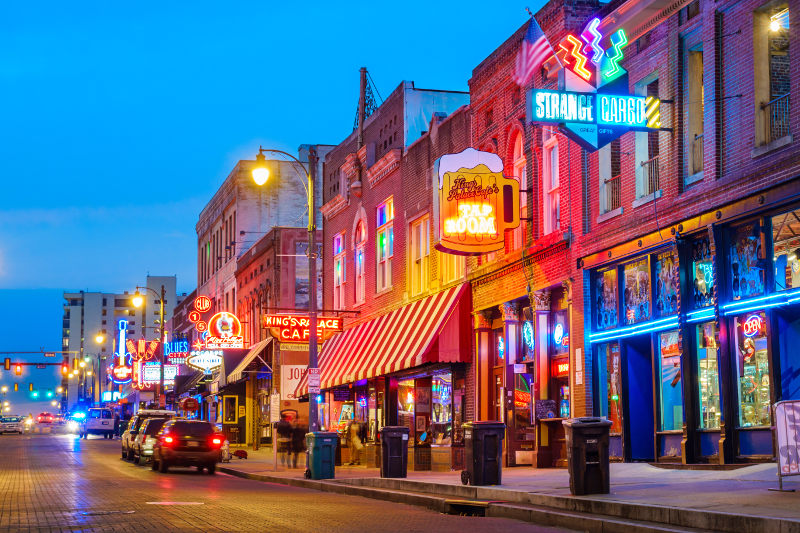 One of the most iconic streets in America, Beale Street is the beating heart of the blues. Image: Getty

As evening falls, we’re back on the music trail, and Beale Street, the official Home of the Blues, is a rite of passage for any serious music fan. Live music spills out across the street from the many clubs and pubs every night of the week. We catch an act at B.B. King’s Blues Club, dine on Memphis-style BBQ ribs, and soak in the history of the street where it all started. 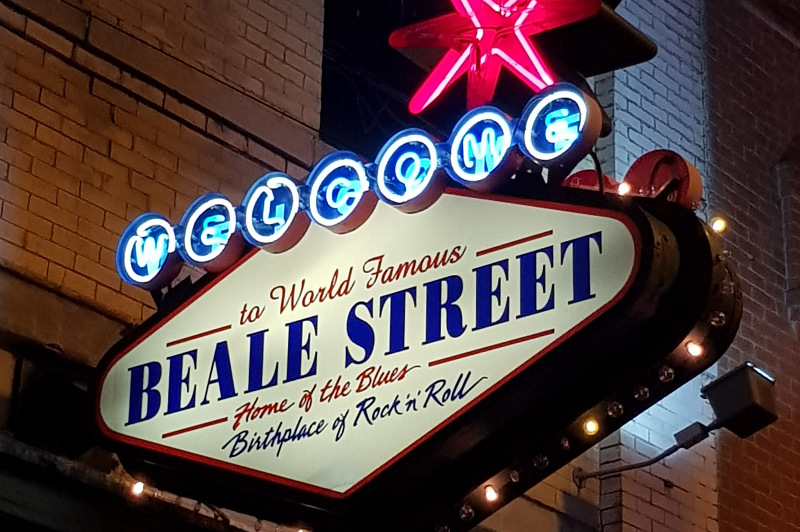 Beale Street is said to be Tennessee’s most visited attraction. Image: Kris Madden

In preparation for a full day of Elvis, we start with a hearty stack of sweet potato pancakes at Arcade Restaurant, one of The King’s favourite hangouts, where would often sit at his favourite spot (the last booth on the left), grab a bite, and jot down song ideas. 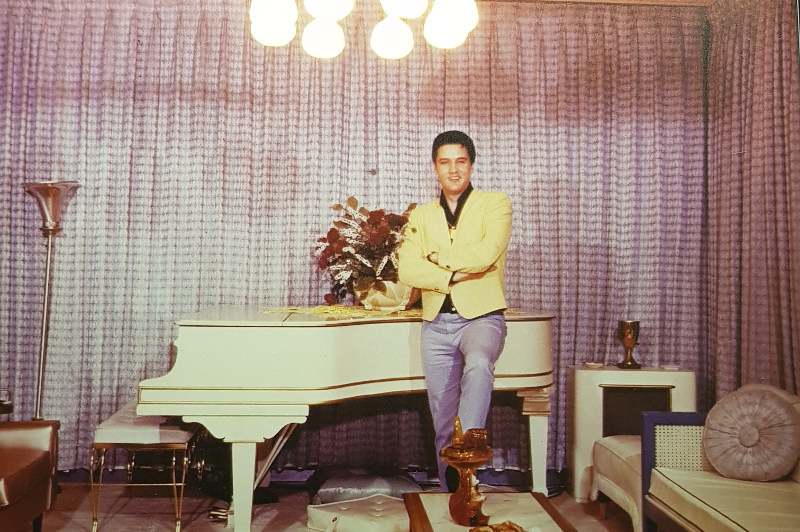 Elvis in the lounge room of his legendary home, Graceland. Image: Kris Madden

No visit to the birthplace of Rock ‘n’ Roll would be complete without a tour of Graceland. We get to see where Elvis lived, relaxed, spent time with his family and friends, and the meditation garden where he is buried. Earlier this year, a sprawling new complex of was added, Elvis Presley's Memphis, which is the largest and most comprehensive Elvis tribute in the world, covering everything from his service in the U.S. Army to his collection of flashy cars. 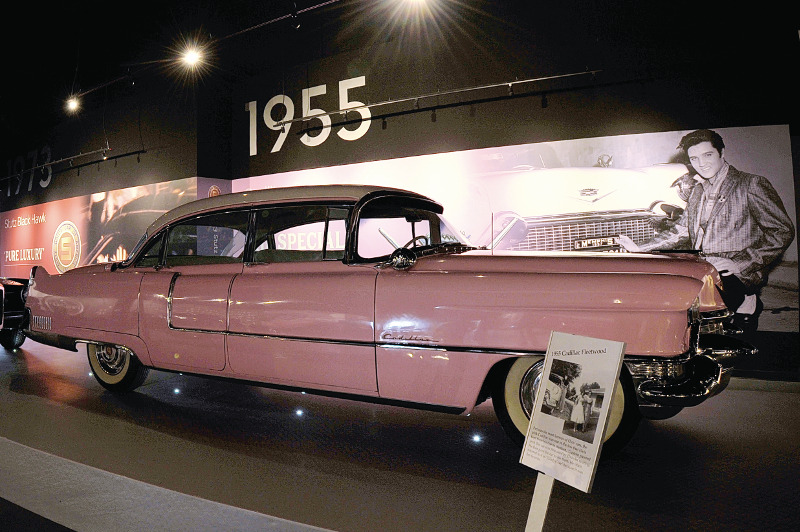 With a sound and style that combined his diverse musical influences and challenged the social and racial barriers of the time, Elvis sold over one billion records, more than any other artist. And without a doubt, he now has two more devoted fans.

Visit your local Flight Centre store or call 131 600 for more advice and the latest deals on travelling to Memphis.