It’s near on lunch time on Highlands mountain in Aspen and I’m knee-deep in soft, dry Rocky Mountain powder snow that no other skier all morning has even seen yet, let alone ridden.

Above, the sky seems so big and blue it looks purple and like it’s bulging; as if it could burst at any moment and leak all over me.

Last night that same sky somehow dumped 70 centimetres of snow, but at eight this morning the grey curtains were rolled right back and out came the sun – a standard ski day anywhere along the Rocky Mountains.

There’s nowhere quite like America’s Rocky Mountains to ski. At most ski resorts sprinkled along the world’s third longest mountain range, you’ll experience over 300 days of sunshine each year… but never at the expense of snow, where over 10-metre drops on average each and every season. 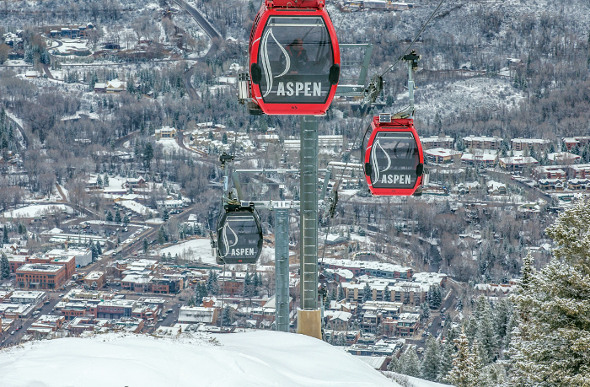 But that’s not even what I like best. What’s best about these ski towns is that you never for a moment forget where you are: it’s like the Wild West never ended round here, with towns built during the silver mining rush of the late-19th century still decked out in all their Victorian grandeur.

They’re dwarfed entirely by 4,000-metre mountains that offer skiers everything from wide, gentle sloping runs for beginners and intermediates to some of the steepest, most challenging backcountry terrain in the whole ski world.

And if you’re a fan of apres-ski pursuits, well, there’s not a more buzzing location to be found. I like to start with cold local craft beers on sun-drenched deck-chairs of rustic mountain bars, then work my way into town, knowing nothing round these parts shuts till well into the witching hour. 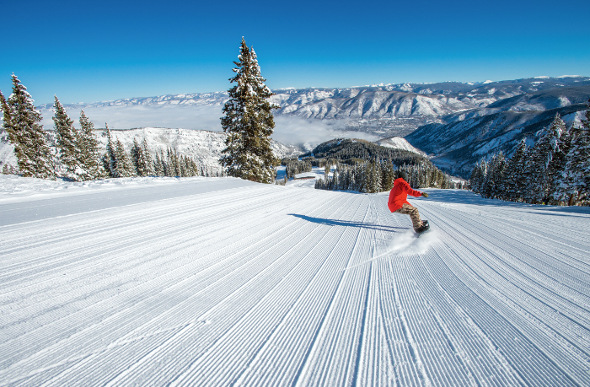 A bright light for skiers. Challenging Skiing In The Cowboy Town Of Telluride

Though it’s not all beer and bar snacks here; the Rockies are home to some of the USA’s highest-ranked regional restaurants, particularly in cultural hot-spots like Aspen and Park City.

These towns may look about as American as apple pie, but many are actually as counter-cultural as Australia’s Nimbin.

I love that people think ski towns like Aspen and Telluride are full of no-one but celebs and the filthy rich, but in the Rockies you’re just as likely to run into Grateful Dead-Heads with dreadlocks, or locals heading into meditation or rebirthing workshops, or down-homey bars offering $5 burgers and happy hour pints for more than half of what we pay back home. 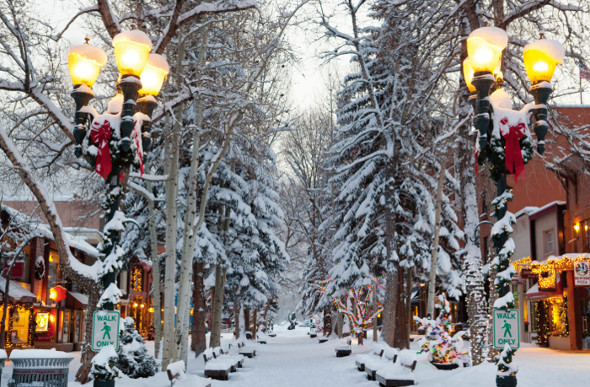 And it’s now so easy – and cheap – to access the best Rocky Mountain Resorts, because most of them are on one of two group ski passes.

Visit some of the world’s most-lauded ski resorts on the Mountain Collective pass, which incorporates resorts such as Aspen-Snowmass, Jackson Hole in Wyoming and two of Utah’s most revered resorts, Snowbird and Alta.

While many of the other resorts in the Rockies are covered on the Epic Pass – which gives you unlimited access to resorts such as Vail, Beaver Creek, Breckenridge and the largest resort in the whole USA, Park City, Utah.

Visit your local Flight Centre store or call 131 600 for more advice and the latest deals on travelling to Aspen.