Welcome to the Hollywood of The West: Monument Valley

In this leg of their all-American adventure, photographer Sean and videographer Craig travel from Bryce Canyon, Utah to Monument Valley where they visited the Monument Valley Navajo Tribal Park right on the border between Utah and Arizona. It’s also the part of their journey where they got the most lost and ended up in a private Indian Reservation. Hey, as the guys said, ‘it happens’!

Tell us, how did you end up getting lost?

We followed the GPS for a ‘shortcut’ which took us through an Indian Reserve. Awesome drive, but a pretty big detour.

Are you not allowed to pass through those areas?

No you can, but it’s quite remote and it’s a little different from the ‘outside world’ in that the local Indians sort of follow their own laws. It’s a bit off-grid.

The road ended and we headed along a dirt track. We drove past some houses and the locals were sort of looking at us like ‘what are you doing here, where’d you come from’? We got to the end of the road and the signage was indicating dangerous roads ahead – for 4WD only, so we turned around but had to travel 100km back to head in the direction we needed to go next. 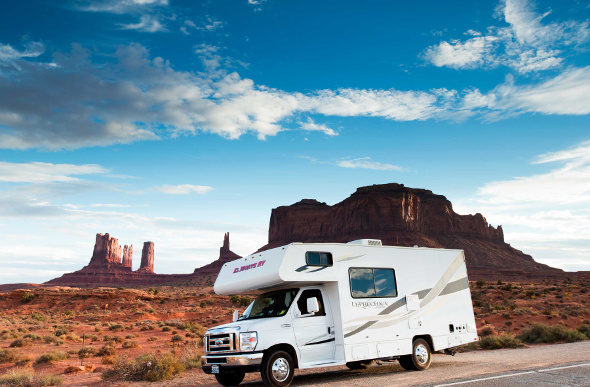 So that was as close as you got to experiencing Indian culture?

In Monument Valley there was a lot of Indian culture to engage in, with more of a history and educational angle. You can go and look at how villages were set up hundreds of years ago. And you can check out paintings from thousands of years ago and where people once lived up in the cliffs of the area. It’s fascinating to see the changes to the landscape over the years, as the wind changes the environment. You can see where the sand level was so many years ago and how much of the rock has worn away over time. It’s incredible. 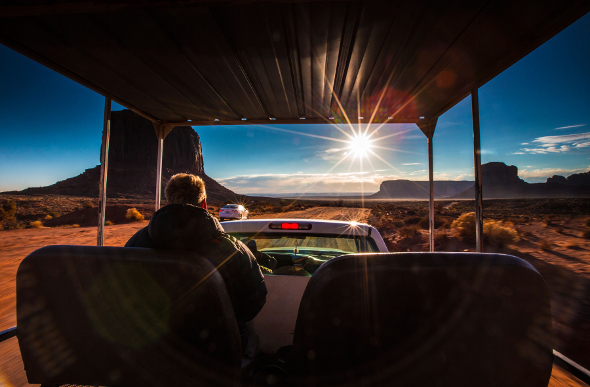 How long did you stay in the area?

We stayed in Monument Valley for two nights, which was a good length of time.

Did you do any walks or hikes in the area?

Along the drive there from Bryce Canyon, there were plenty of tracks to stop off at along the way. In Monument Valley itself, there is no access into the park without a tour guide because it’s all Navajo land. 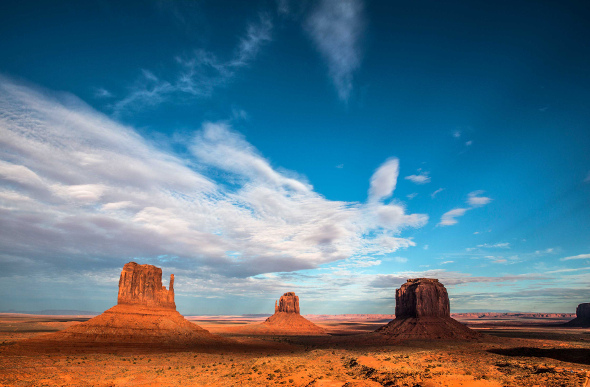 Is it well signed? What would happen if you went in without a guide?

It’s very well signed. If you went in without permission you might end up getting prosecuted. It’s against the law. Don’t trespass! You don’t want to get shot [laughs!] It’s quite a fragile environment so they need to try to control where people go to keep it not only preserved, but safe too.

Did you manage to get your sunrise and sunset shots there?

It was a little tricky, because we couldn’t traipse wherever we wanted to, but we managed to get some good shots in certain spots, even though lots of other people were there doing the same thing. 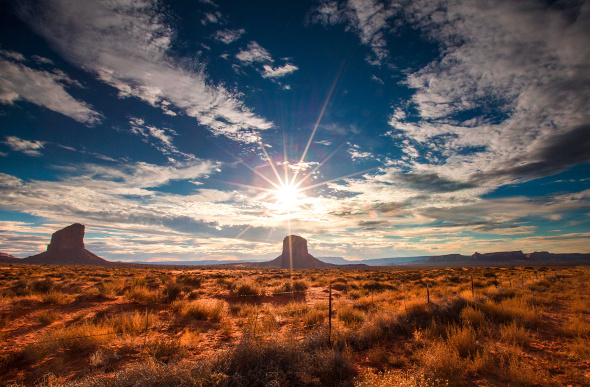 Break on through to the other side...

There are some pretty cool sights to be seen. The pillars are very interesting – Metallica fans will know that this is where they shot their film clip of them playing on top of one of the pillars. They sent a helicopter in and dropped the whole band atop the rock with all their gear and everything. It’s an iconic setting that’s for sure.

Ray Charles has done a Coke ad up there too! The valley features in a lot of films too, most recently A Million Ways to Die In The West and Transformers. There are loads of films that Monument Valley features in. The local community there thrives on Hollywood and tourism. 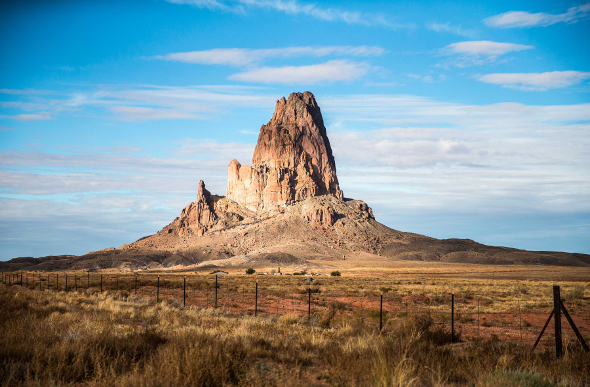 Did you really feel like you were in the Wild West there?

Oh yes! Well, a manufactured West I suppose. Only because when you go to take a photo they’ll want to guide you – ‘oh, stand over here, take it this way’ – to get the shot. It’s a little orchestrated. It’s hard to feel like you’re out in the desert when millions of people visit the area each year. But then again, if you went to the middle of the desert you probably wouldn’t have such significant sculptures to look at – that’s what makes it famous and why people flock here. The area does a good job of offering that ‘American moment’ though. They have an Indian cowboy you can slip some money to and he’ll ride a horse out to the edge of one of the rocks so you can take photos, even though it’s manufactured, it’s a really cool moment. 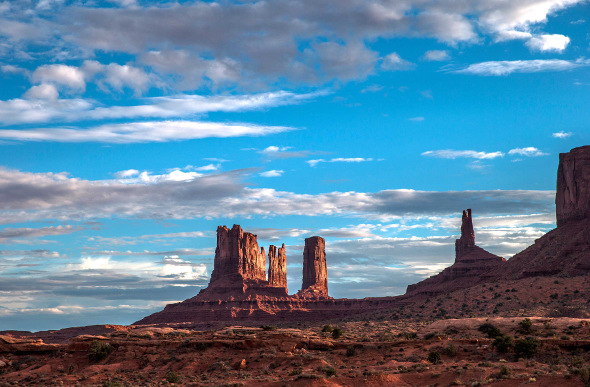 Did you need to book ahead for the guides?

No. There are so many guides when you rock up. There are photography tours and general public tours. Obviously the photography tour is much more comprehensive and they take you to better places. We actually managed to get a guide all to ourselves which was really great. The guides are very knowledgeable about the land and point out interesting facts along the way. Tip: Even if you’re not a photographer, take the photographers’ tour. You can drive it yourself, but you just wouldn’t know the best places to go or what you’re looking out for. You can hop on a group tour, or pay extra to have the tour by yourself – which is definitely the way to go if you can afford it. 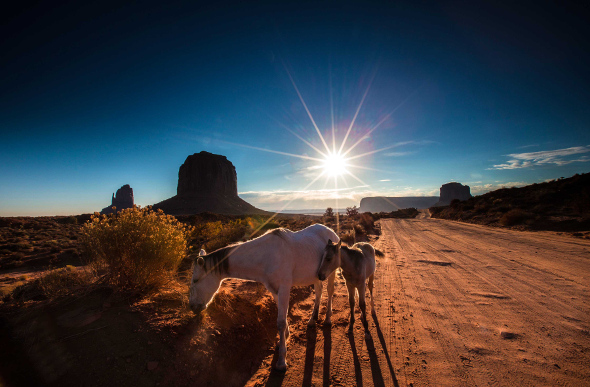 Meeting the locals in Monument Valley

Up next, the guys hit up Las Vegas and the Grand Canyon!