Six Highlights Of An Irish Adventure

Six Highlights Of An Irish Adventure

With its gorgeous green countryside, myth-soaked relics and Guinness-and-whisky-fuelled-craic, Ireland rarely fails to enchant travellers. A great way to explore the Emerald Isle is on a Collette tour. As well as providing well-located (generally four-star) hotels, comfy coach travel with Wi-Fi and many fine meals, tours feature local guides whose stirring insights are laced with quintessential Irish charm and wit. Collette's six-day Irish Adventure is terrific, showcasing the highlights of southern Ireland (and it'll likely to whet your appetite for future trips). 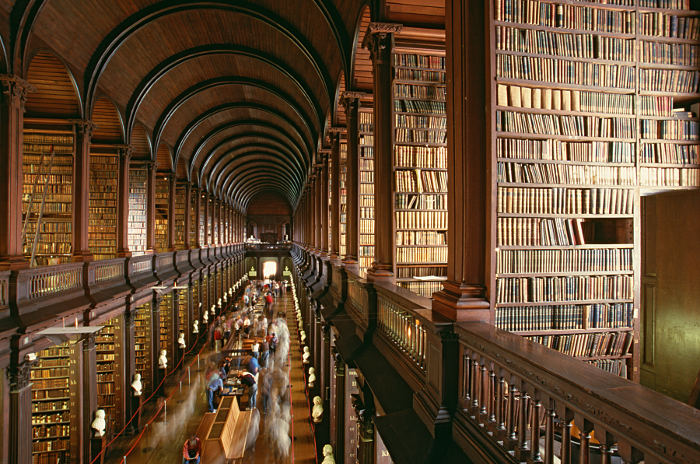 The library at Trinity College is a historical must when in Dublin.

Ever fancied pouring your own pint of Guinness? You'll do that at the Guinness Storehouse, a sleek visitor attraction that's part of the huge Guinness brewery complex founded in 1759 (and which produces about five million pints of the black gold daily). After a private tour of the facility, you can enjoy your drink with views over Dublin from the lofty Gravity bar. Along with guided visits to the Irish capital's key landmarks - such as Christ Church Cathedral and Trinity College - you'll have free time to dive into the city's marvellous pubs, while a cooking class sees you preparing, and eating, modern takes on traditional Irish cuisine (think stuff like salmon pate on freshly-baked soda bread; honey-glazed ham, potatoes and wok-fried vegetables; and Irish coffee, spiced with Bushmills Black Bush single malt).

There are few things the Irish love more than a good flutter - one of the reasons why horse racing is such big business here. Nestled in pastoral farmland west of Dublin, the government-owned Irish National Stud develops some of the world's finest thoroughbreds, and you'll see them on a tour of the paddocks and stables, while learning how the breeding process has evolved - from the astrology-inspired methods of the stud's eccentric Edwardian-era founder Colonel William Hall Walker to today's science-driven ways, which have yielded prize-winners like Invincible Spirit, the father of I Am Invincible, Australia's champion stallion.

RELATED: An insider's guide to Ireland 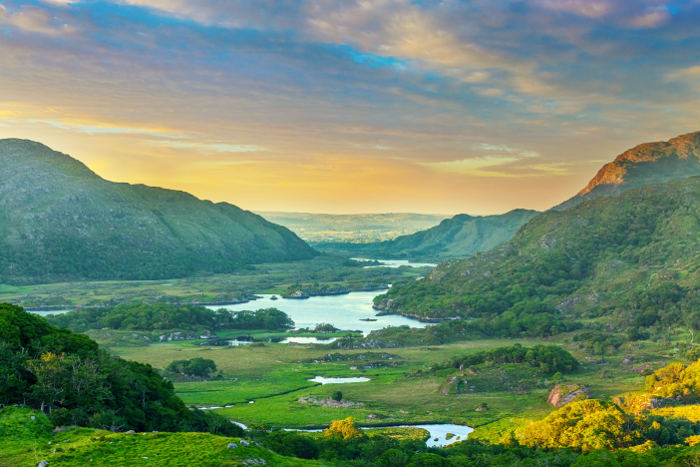 The clip-clopping sounds of 'jaunting cars' (horse-drawn carriages) infuse the air in Killarney, a quaint, tourist-friendly town in County Kerry. On the doorstep is the majestic Killarney National Park, which has, in the past, attracted iconic figures like Queen Victoria, Charles de Gaulle and Percy Bysshe Shelley. You'll enjoy boat rides across the mountain-fringed, trout-and-salmon-blessed lakes, stopping at tranquil Innisfallen Island, where wild deer roam amid the ruins of an ancient monastery. Other options include strolling around the beautifully manicured gardens of the park's stately mansions and hiking through forests to thunderous waterfalls, before returning to Killarney for a delicious dinner, such as slow-cooked Kerry lamb shank or Atlantic shellfish platters. 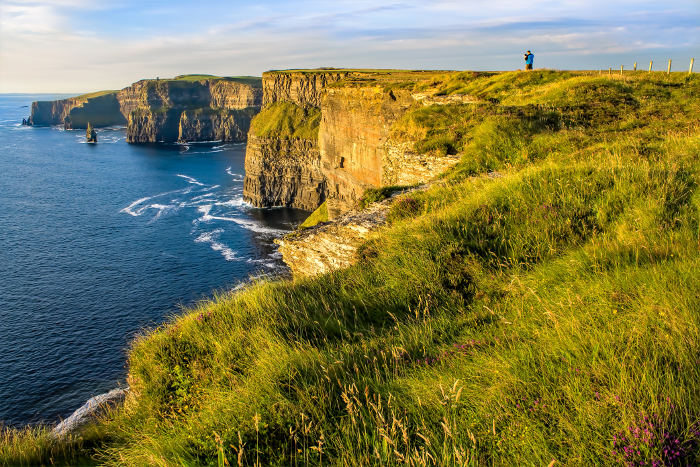 The mighty Cliffs of Moher are an Ireland must-see.

The Emerald Isle boasts over 3000km of coastline and there are few more Insta-worthy parts than the Cliffs of Moher. Rising over 200m, battered by the Atlantic Ocean, they're best seen from the rambling clifftop trails. Weather conditions can change quickly, so one minute, everything may be shrouded in mist and rain, the next it'll be clear, and you'll get great vistas of the cliffs and the offshore Aran Islands. You can also seek shelter in the cliffs' modern visitor centre, which has eateries and immersive displays charting the area's birdlife and geology. 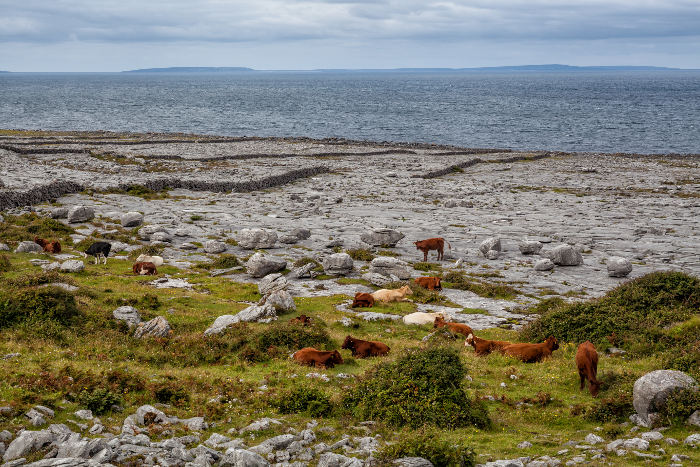 The Burren is a unique landscape amongst Ireland's rolling green grasslands.

Tucked inland from the Atlantic Coast, The Burren is a stark contrast to the rolling greenery that dominates Ireland. It's strewn with dramatic limestone landscapes, which have been weathered by the elements and pockmarked with Iron Age forts, burial sites older than Stonehenge and the Giza pyramids, and rugged, wildflower-dotted fields. Navigating this eerie region, listening to The Burren's myths, legends and true stories from farmer and guide, Stephen Hegarty, is a real treat. 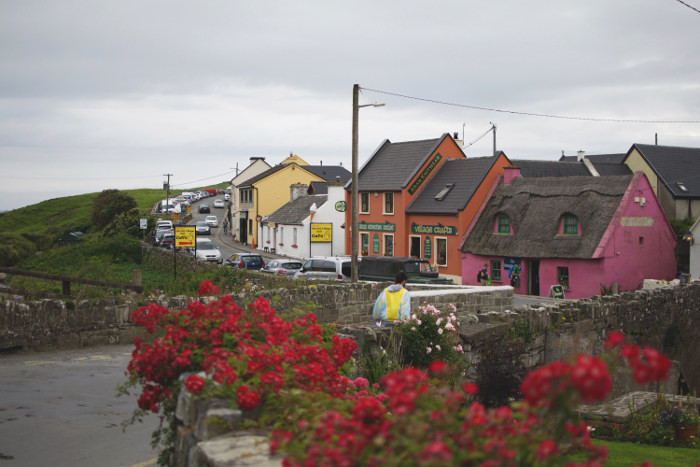 Ennis is more than a quaint Irish town, this is a lively music-loving village.

This song-and-dance-loving town in County Clare is renowned for its annual November traditional (trad) music festival. Whatever time of year you visit, though, you'll find scores of convivial establishments buzzing with characters playing fiddles, flutes and accordions. One popular live music venue is Poet's Corner, a cosy, wood-pannelled bar inside the Old Ground Hotel. Modernised in recent years, the hotel, an Ennis institution, dates back to the 1800s, and is a splendid base for the last night of your Irish Adventure.