Where To See World's Most Startling Mummies

Where To See World's Most Startling Mummies

An exhibition at Manchester Museum, "Gifts for the Gods: Animal Mummies Revealed", opened last week, displaying 60 mummified specimens such as jackals, crocodiles, cats and birds that date back to 750 BC.

They are displayed alongside other artifacts and a recreation of a subterranean animal catacomb - containing a dark, narrow corridor lined with pots containing votive animal mummies. 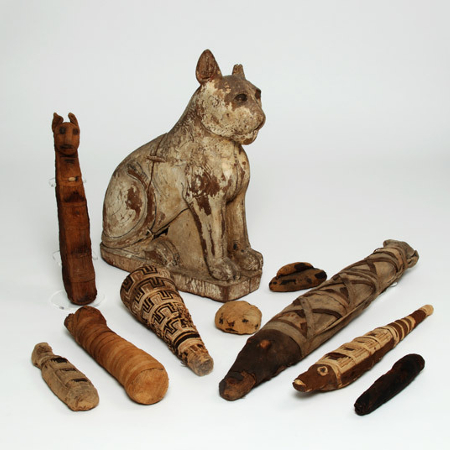 Mummified animals of the Manchester exhibition

This latest exhibition is not the only proof that human beings have a perverse fascination with old, dead things.

These museums - with their fair share of bodies preserved by sand, mud, and sophisticated embalming methods, are the proof.

Warning: some of the images in this gallery may disturb some readers.

One of Britain's most loved museums has a superb collection of artefacts from ancient Egypt, including the Roxie Walker Galleries of mummies that date from around 2686 BC to 395 AD.

Items include the mummy and casing of Hor, who probably died in Thebes in around 750 BC, another of a woman called Cleopatra (who died some 150 years after her famous namesake, Cleopatra VII) and a mummified bull. 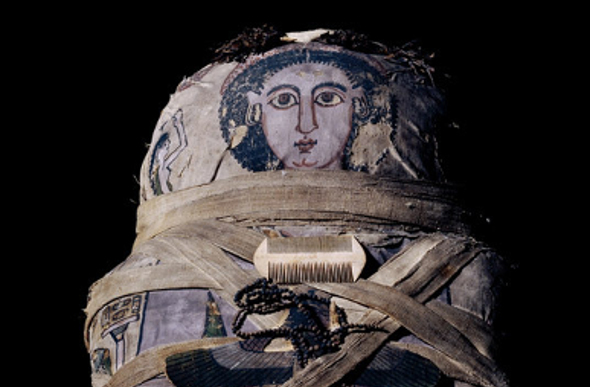 This superb Copenhagen museum has numerous bodies preserved in bogs across what is now Denmark, including "the woman from Huldremose".

She died in the 2nd century BC and her body is thought to have been laid in a peat bog, which preserved her skin, hair, clothes and even stomach contents because of the oxygen-poor atmosphere.

She was found in 1879, during digging for peat turfs. Some people believe that she was killed and put in the bog as a sacrifice. 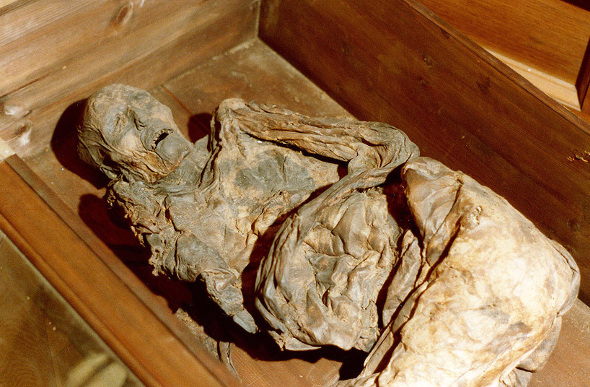 The world's largest collection of ancient Egyptian artefacts - there are some 160,000 items - was moved to its current location on Tahrir square in 1902.

Many of the New Kingdom Royal Mummies are on the second floor, while the contents of King Tutankhamun's tomb are also on display.

The young ruler's mummified corpse is found in the Valley of the Kings however, near Luxor, in a temperature-controlled glass case. 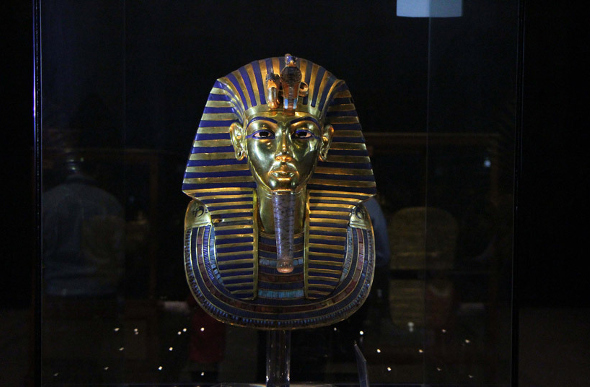 The contents of King Tutankhamun's tomb are on display (Image: Getty)

Santiago's Museum of Precolombian Art is home to some of the Chinchorro mummies, which are among the oldest artificially mummified human bodies.

One from the Atacama Desert is thought to date from 7,000 BC, making them significantly older than the mummies of ancient Egypt. 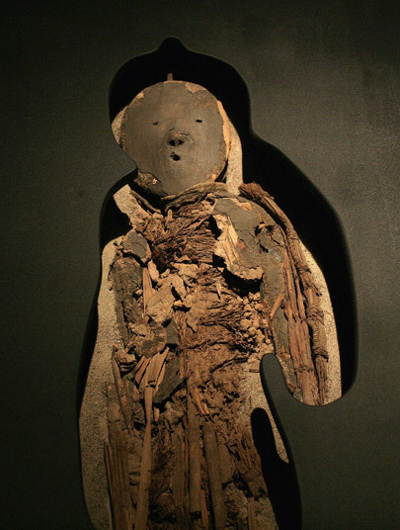 Otzi the iceman was found in the Alps in 1991 by hikers. It is believed he was covered by snow soon after his death, and later by ice, which protected his body from predators.

He was discovered along with a trove of objects, including an axe, a bearskin cap, and a belt and pouch - items that offer an insight into the lives of people in the Alps during the Copper Age, more than 5,000 years ago. 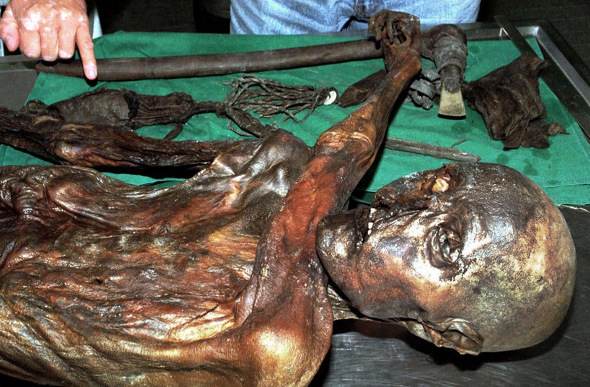 Juanita was discovered lying wrapped in alpaca wool and surrounded by artefacts including pottery and statues near the top of the 7,000-metre Ampato peak.

She is thought to be aged between 13 and 15 and is believed to have been an Inca princess. She was wearing a veil over her face when she was sacrificed and had drunk chichi, a fermented corn drink that sedated her before she received a blow to the skull.

She was named after the American archaeologist who found her, Johan Reinhard. Juanita can be viewed in the Museum of Andean Sanctuaries in the white city of Arequipa, which is well worth a day or two’s exploration. 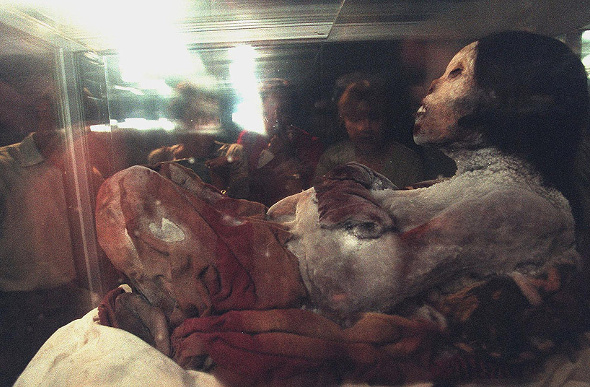 These three Inca children, whose amazingly well-preserved bodies are kept in the northern Argentinian city of Salta, were taken up to the top of a sacred mountain to be married before being sacrificed.

The mummies are seated and wearing simple headdresses over their locks of matted hair, giving the impression that the "Children of Llullaillaco" fell asleep and quietly froze to death.

It is thought that they were drugged with coca leaves and alcohol that made them fall unconscious before being placed in tombs on the 6,739-metre Llullaillaco mountaintop on the border of Argentina and Chile.

Their remains, some of the best preserved in the world, are around 500 years old. Only one mummy is on show at the Museum of High Altitude Archaeology at any one time, but there is an interesting collection of Inca treasures to view also. 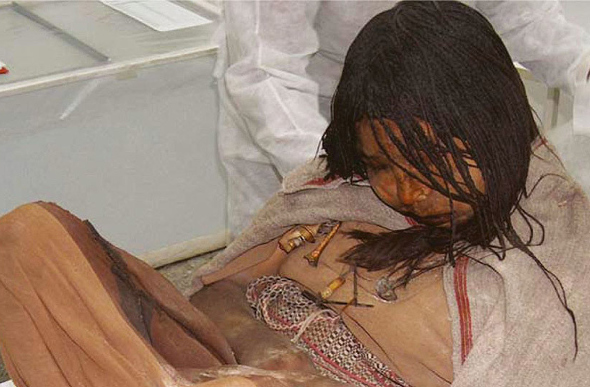 The Met In New York

This impressive collection includes most types of art and historic artefacts, including a cache from the ancient Egyptians.

Mummies in the collection include the one above, which dates from the Roman period, 80-100 AD, and has an inserted panel portrait of a youth.

It comes from Fayum in Egypt and is 169 centimetres long. 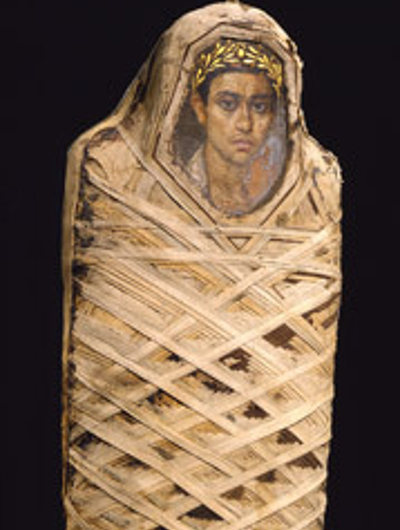 An anonymous man who died between 259 and 398 (Image: Brooklyn Museum/Jong Heon Martin Kim)

This mummy, found unexpectedly by road workers in 2011, is believed to be 700 years old, meaning that she lived during the Ming dynasty.

The 0.8-metre corpse was tightly wrapped in cerecloth (heavy wax-treated linen cloth used for burying the dead), quilt and clothes, according to reports from the time. 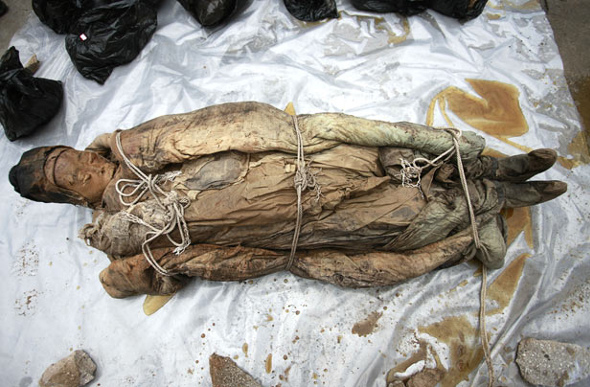 This mummy, found unexpectedly by road workers in 2011, is believed to be 700 years old (Image: Rex Features)