The Top 10 Iconic Monuments Of Paris

The Top 10 Iconic Monuments Of Paris

Paris is full of beautiful buildings rich in history with some landmarks dating all the way back to the Roman times. From the Eiffel Tower to the gargoyles and stained glass of the Notre Dame, here is a list of iconic monuments not to miss on your next holiday in Paris. 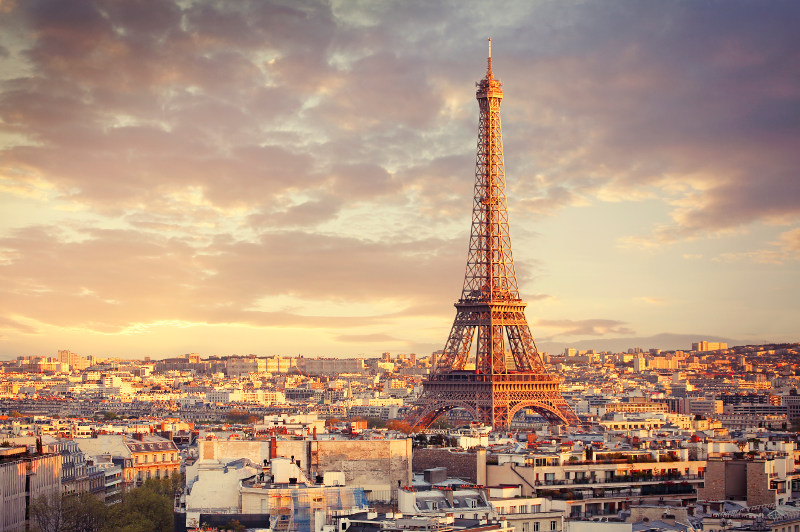 You can climb to the top but with 1665 steps, most people take the lift. Image: Getty

A trip to Paris would not be complete without a visit to the Eiffel Tower, arguably the world’s most famous monument.  At the top of the tower, reached via glass lifts, the panoramic view of the city is spectacular, and on the second floor there’s a champagne bar so you can make a toast to this most magical experience. Other features of the well known landmark include a model of the original architecture of the top floor as it was in 1889, souvenir shops, a restaurant and a vision well offering a plunging view of the ground below. 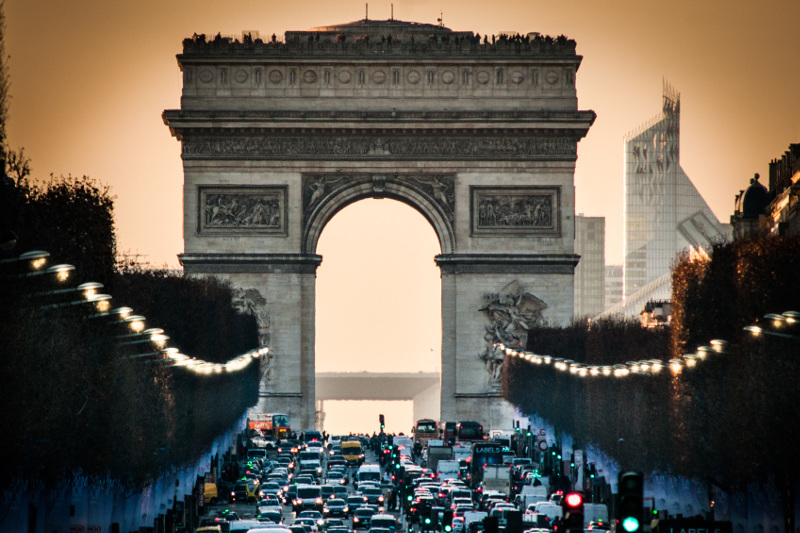 Construction of the Arc de Triomphe was ordered in 1806 by Napoleon. Image: Getty

Standing at the western end of the Champs-Elysees, the Arc de Triomphe is another of Paris’ most famous monuments offering one of the best views over the city. The arc’s style is entirely of the tradition of sculpture from the first half of the 19th century, and it honours those who fought and died for France in the French Revolutionary and Napoleonic wars, with the names of all French victories and generals inscribed on its inner and outer surfaces. 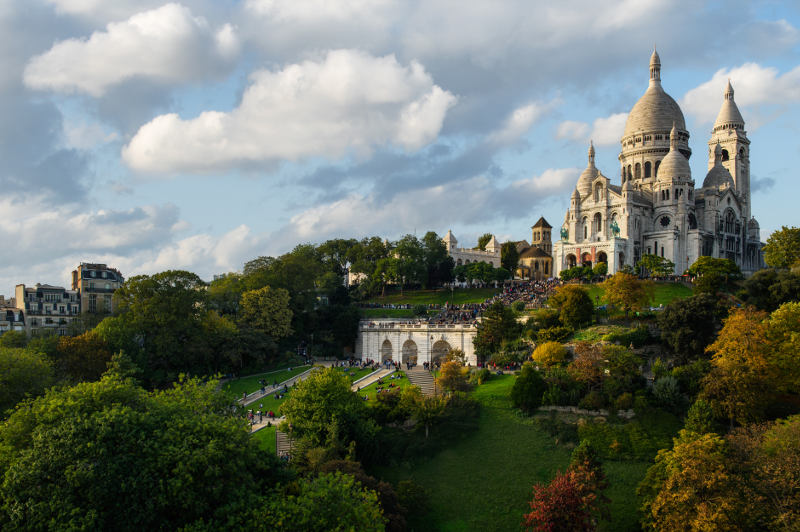 Where the Sacre-Coeur now stands is thought to have once been a sacred site of the druids. Image: Getty

Perched atop Montmartre hill is the Basilica of the Sacre-Coeur, a roman catholic church standing tall above the city of Paris. Pack a picnic and enjoy the views on the grassy area outside the church, and walk the famous stairs. Entry to the popular landmark is free, with its interior featuring a 47-square metre Mosaic of Christ in Glory, one of the largest mosaics in the world, and a grand pipe organ considered to be one of the most remarkable in Paris, France and Europe. 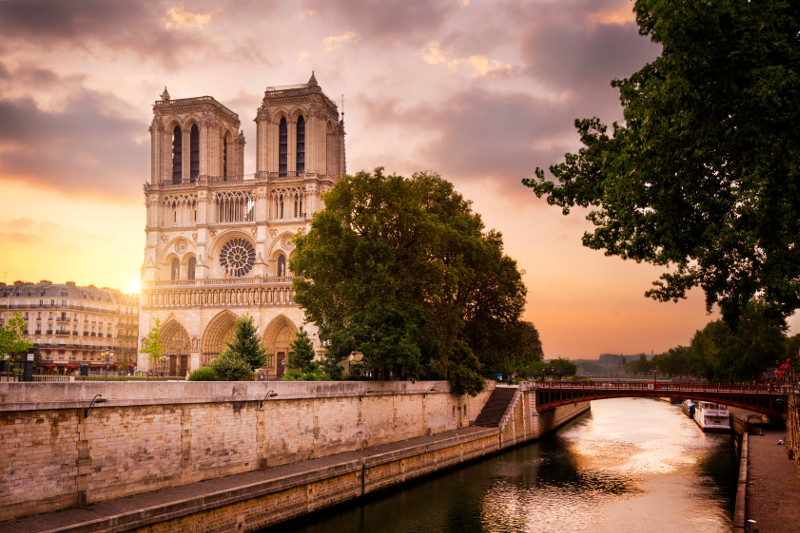 The Cathedral is covered in gargoyles, grotesques and chimeras. Image: Getty

See the famous gargoyles at Notre Dame Cathedral, considered to be one of the finest examples of French gothic architecture. Entry to the church, a place of Roman Catholic worship, is free every day of the year, inviting pilgrims, Christians, visitors from all over the world, believers and non-believers to marvel at its breathtaking interior incorporating sculptures, stained glass, numerous organs and 10 bells. Line up outside the church for entrance to its towers and enjoy a fantastic view over the city. 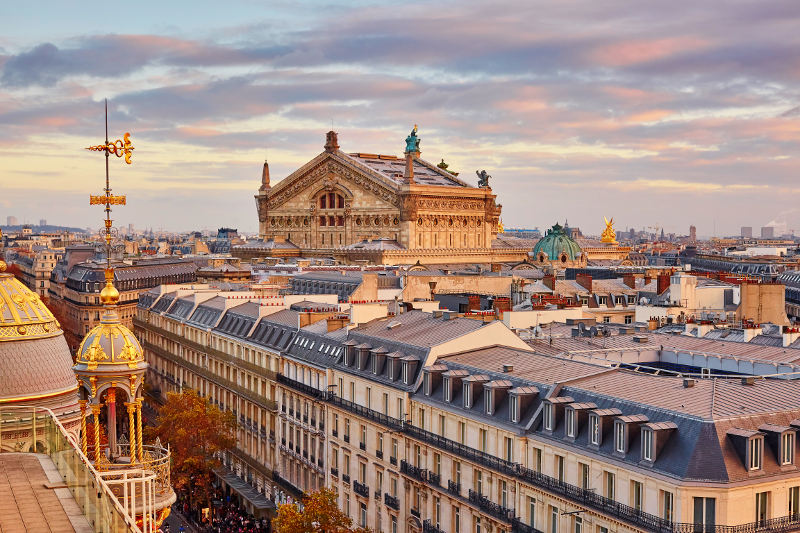 With a seating capacity of 1,979, Palais Garnier is one of the largest opera theatres in the world. Image: Getty

Those who love the beauty, mystery and music of the Phantom of the Opera should consider a visit to the Palais Garnier, the Paris Opera House open to both shows and tours. An architectural marvel of exceptional opulence, it combines a façade of elaborate multicoloured friezes, columns and lavish statuary with a breathtaking interior of interweaving corridors, stairwells, alcoves and landings, rich with velvet, gold leaf and cherubim and nymphs. 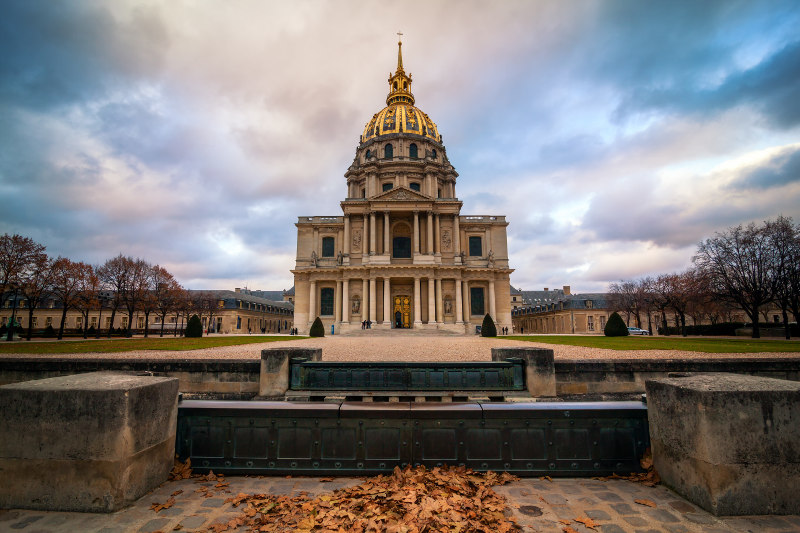 Les Invalides was commissioned in 1670 by Louis XIV in order to provide accommodation and hospital care for wounded soldiers. Image: Getty

A collection of museums and monuments relating to the military history of France, and featuring the burial site of Napoleon Bonaparte, Les Invalides is a building of remarkable beauty from the outset. On entry are two life-size knights in full regalia mounted on horses, with other attractions including a medieval section, the Dome des Invalides, a large former church in the centre of the complex and numerous tombs and vaults of Napoleon’s family, military officers and other French military heroes 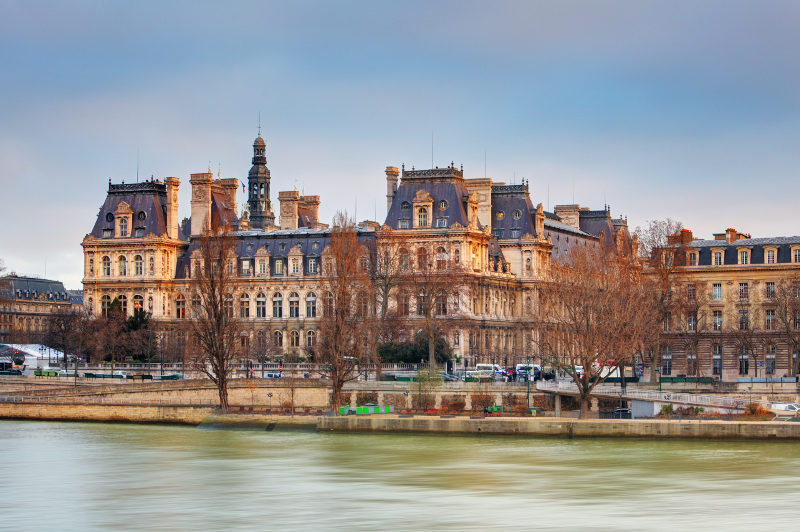 Hotel de Ville has been the seat of the Paris city council since 1357. Image: Getty

A stunning example of Parisian architecture, the Hotel de Ville house’s the city’s local administration and serves as a venue for large receptions. Its neo renaissance style features lavishly decorated ceremonial rooms and sculptures of famous Parisians, and at the front of the hotel is a huge open-air ice skating rink, the most popular seasonal ice skating rink in town and a wonderful attraction to enjoy during winter. 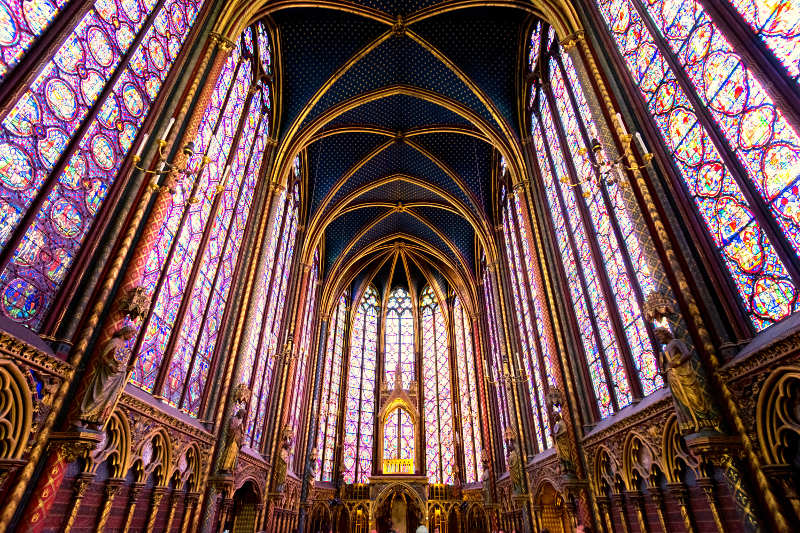 Sadly, the architect of the Saint-Chapelle is unknown. Image: Getty

Boasting one of the most impressive interiors in town, this royal medieval gothic church was the residence of the Kings of France until the 14th century and has one of the most extensive 13th century stained glass collections anywhere in the world. A look inside the church is really rather magical, a true wonder of medieval Paris. 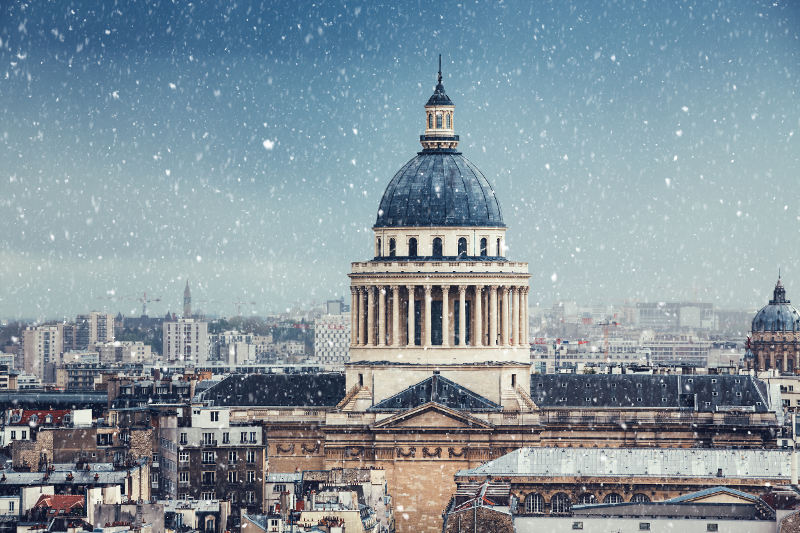 While inside the Pantheon, Leon Foucault proved that the earth rotates on its axis. Image: Getty

A neo-classical white building originally built as a church with a façade modelled on the Pantheon in Rome, the Pantheon looks out over Paris and now functions as a mausoleum containing the remains of distinguished French citizens. Located in the Latin quarter of Paris, the Pantheon is become a popular national monument. 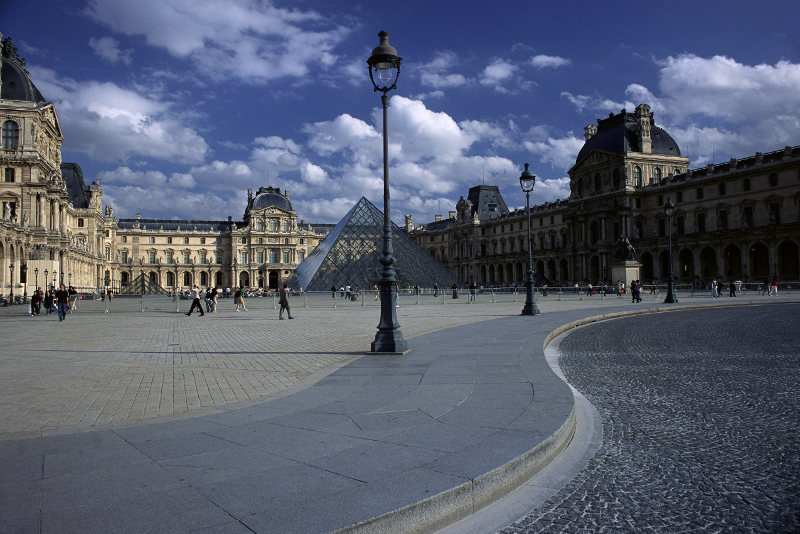 The pyramid used as an entrance in the Louvre’s courtyard has the exact same proportions as the Great Pyramid of Giza. Image: Getty

As one of the world’s most impressive museums, the Musee du Louvre is a must-see while visiting Paris. Inside, the Mona Lisa is a highlight. In the courtyard, the Pyramid du Louvre, a large glass and metal pyramid surrounded by three smaller pyramids, serves as the main entrance to the museum and has become another of the city’s highlights.