Rich in history and culture, Argentina’s vibrant capital city is a wonderful place to spend a few days during a holiday in South America.

From visiting the resting place of revered historical figures to learning the local secrets to Argentinian food and wine, here are five of the best things to do while you’re in Buenos Aires. 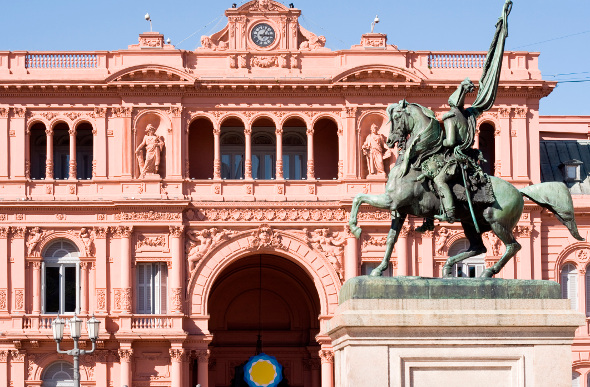 Known as 'The Pink House', because of the colour of its facade, Casa Rosada is famous for being the place where Eva Peron would preach from the balcony to adoring crowds in Plaza de Mayo below. (The 1996 film Evita starring Madonna was also filmed here.)

Peron, the second wife of Argentine president Juan Peron and first lady from 1946 until her death in 1952, was considered the spiritual leader of the nation. You can watch the changing of the guard outside the presidential mansion, where the current leader’s offices are, every hour on the hour.

Free guided tours are also offered on weekends, granting access to the opulent rooms decorated with portraits of Argentine heroes and heroines, while sharing the country's history. 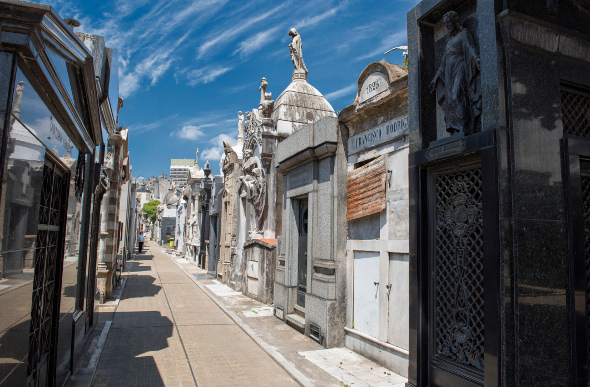 Pay your respect to some of the most revered Argentinians (Image: Getty)

Peron’s grave is also the biggest drawcard at Recoleta Cemetery. Crowds flock to take photos of the tomb and place flowers in the door.

There are plenty of other notable Argentinians buried here including presidents and other politicians, military heroes, Nobel Prize winners, journalists and Napoleon’s granddaughter.

The cemetery, in the Recoleta neighbourhood, was founded in 1822 and built around a convent and a church, Our Lady of Pilar. It stretches over more than five hectares with literally thousands of marble mausoleums and crypts, many decorated with statues, in neo gothic, baroque, art nouveau and art deco styles.

You can buy a map at the gate, with profits going towards maintenance of the cemetery.

So You Think You Can Tango?

A Top 10 Taster Of Buenos Aires 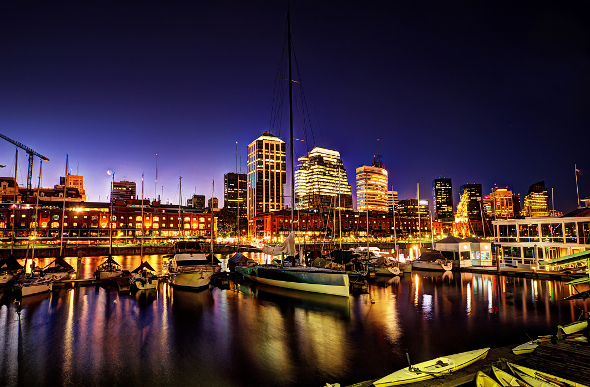 The old port area built in the late 1800s to accommodate large cargo ships had fallen into disrepair before being reinvigorated in the 1990s.

It is now one of the most upmarket parts of the city, with the refurbished warehouses beside the River Plate housing luxury hotels, residential apartments, museums, art galleries, cafes, bars and restaurants.

Some of the best include Chila, which has a large, open kitchen and prides itself on local, seasonal produce; Estilo Campo, where a range of roasted meats are cooked on a spit with waiters dressed as gauchos; and fine-dining Mediterranean restaurant, Puerto Cristal, known for fresh seafood and pasta.

4. Hang With The Cool Crowd At Palermo Soho 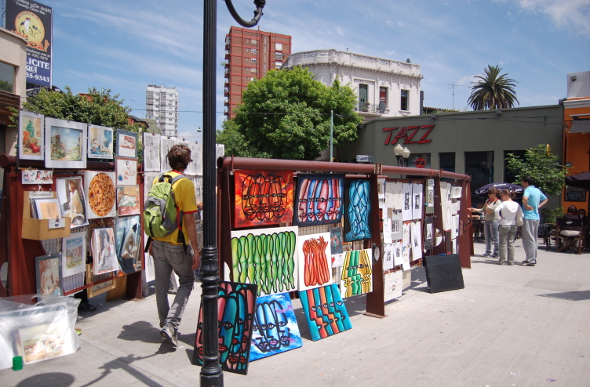 Check out the artisan goods at the Plaza Serrano market (Image: Omar Uran)

With its tree-lined cobblestone streets, alfresco cafes, hip restaurants and artisan markets, Palermo Soho is a great place to sit back, soak up the vibe and people watch.

Part of Buenos Aires’ largest neighbourhood – Palermo in the city’s north-east – its name was inspired by the Soho neighbourhood in New York.

It’s easy to while away the day in this bohemian district checking out its book shops, fashion boutiques and antique stores. You can also peruse the outdoor markets at Plaza Serrano and Plaza Armenia on weekends.

5. Become A Local At The Argentine Experience 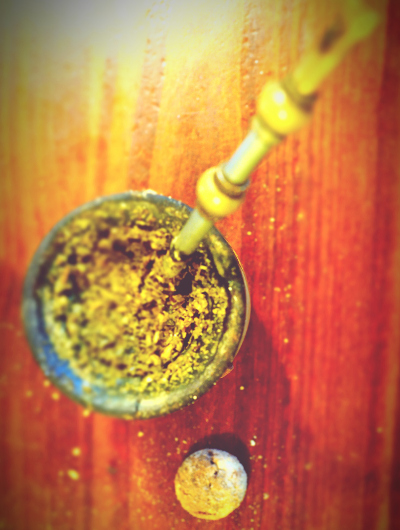 Learn how to make mate during The Argentine Experience (Image: Getty)

Turning up at a dinner party with a bunch of strangers can be nerve wracking, but you are guaranteed a fun night out at The Argentine Experience.

Started by a group of friends three years ago, you don a chef’s hat and apron while learning how to make empanadas and the caffeinated drink mate (created using dried leaves of yerba mate), eat tapas and succulent Argentinian steak, and drink Malbec wine.

The entertaining staff are sure to have you in hysterics as they teach you about Argentinian hand gestures in preparation for your visit.