Top 10 Hotels In And Around Adelaide

Top 10 Hotels In And Around Adelaide

Here is the definitive list of where to stay in and around Adelaide, from hip and arty boutique hotels to beachy backpackers and wine-country favourites. Stay in the city centre close to all the action or take a weekend escape to the country with these affordable options.

Salvaged interior features? Check. Artworks from local artists? Check. Wood panelling and stripped-back brickwork? Check. Yes, the Franklin is a hip option in Adelaide, a much-needed meeting of demand for twee-free accommodation. The basic (deluxe) rooms are small but so stylish that you won't mind.

Pay more for bigger bathrooms and more inventive lighting in the premium and superior rooms. Decor is also sleekly creative in the public areas, though having South Australia's (excellent) Coopers ale on tap isn't breaking any conventions in these parts.

The city's central food market and the Sunday farmers' market at the Showground are a stroll away via jacaranda-lined streets.

There's a Mediterranean air to Adelaide, especially when the Adelaide Festival comes to the city's streets and parks in February and March. Rosie Begg's B&B continues the continental theme with its touches of French country style.

Lying north-east of Adelaide's CBD, close to the Botanic Gardens and the National Wine Centre of Australia, this prettily furnished, self-contained studio has a fully equipped kitchen and its own private courtyard for alfresco dining.

Pack your bathers for a stay at this beautiful, historic backpackers in the southern suburb of Glenelg. It occupies a 19th Century terrace – complete with lattice ironwork – a couple of blocks from the beach and offers swish dorms (including women-only rooms), singles, doubles and family rooms. 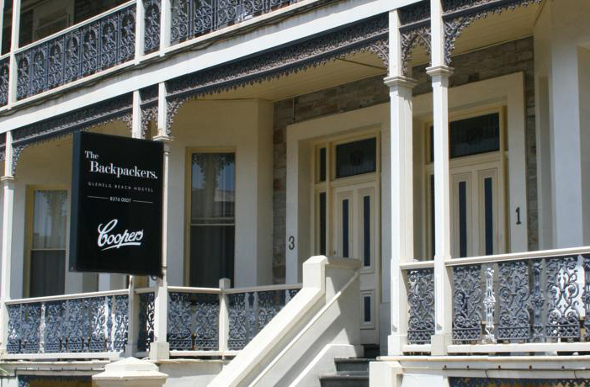 With a popular bar and weekend DJs, barbecues in the summer and welcoming fireplaces in the winter, there's a holiday buzz about the place.

Adelaide is bisected east to west by the river Torrens. Parkland surrounds the river; to the south lies the CBD; to the north is a grid of wide, leafy streets with solid stone houses.

The friendly and characterful Princes Lodge Motel – from the whitewashed exterior more grand than the total on the bill might suggest – is an affordable option in North Adelaide, close to local shops and restaurants but within walking distance (downhill, one way at least) of the city centre's attractions.

Inside, the feel is functional rather than fashionable, but it's clean, tidy and spacious.

With Adelaide's dearth of desirable motels, the family-owned O'Connell Inn charges a fair price for its above-average units. 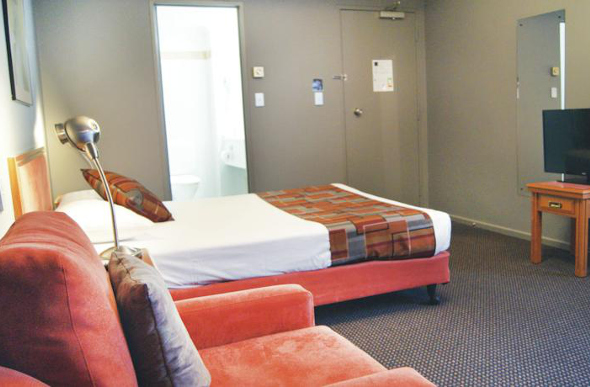 Styling is relatively contemporary, the rooms are quiet and there's free Wi-Fi and parking, which ticks a lot of boxes for roadtrippers moving onward to the Barossa Valley and Flinders Range.

It even has beaches. Best Of Adelaide Beaches

The legendary Largs Pier Hotel is something of a landmark on Largs Bay, a 30-minute drive from the city centre. That's largely thanks to the building, a 130-year-old confection of colonial columns and arches, but it's also because the hotel is the neighbourhood's social hub. 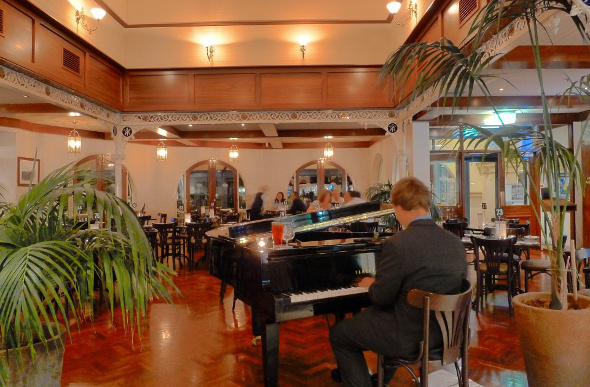 In its time the bar has bounced to the sounds of Aussie rockers AC/DC and Cold Chisel; the present-day Sunday afternoon live music sessions are more laid-back. Thankfully the decor has also moved with the times and is tastefully subdued.

When the ocean views are this good, who needs frills? Choose between the newer motel rooms or the traditional heritage hotel building, which has been impressively restored.

There are four world-class wine regions around Adelaide. McLaren Vale, to the south, has a wide range of reds, thanks to warm days and nights cooled by a sea breeze.

And Paul and Diane Witt's Peppermint Farm Cottage is in the heart of wine country – Wirra Wirra winery is a 15-minute walk from the front door. Restored by owners who appreciate the difference between cosiness and clutter, this beautifully restored 1853 settlers' cottage has two bedrooms, an expansive bathroom and a well-equipped kitchen.

If you prefer white wine (and particularly a crisp riesling), it's worth driving the extra 30 minutes beyond the Barossa to Clare Valley; it's higher, cooler and greener, with cellar doors tucked away down quiet eucalypt-lined roads. 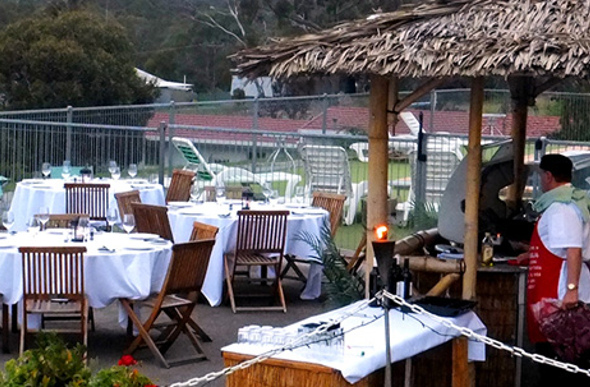 Clare Valley Motel is an affordable base for a weekend away among the vines. It has been renovated by owners Lee and Jan Stokes, but retains the quaint vibe of a traditional country motel.

Easy-living Adelaide could never be accused of being a concrete jungle – but when the green streets get too much, locals and visitors head to Adelaide Hills, just 30 minutes south-east of the CBD.

Up here, among the vines and gum trees, lies Australia's oldest German settlement, Hahndorf (as South Australians sometimes mention, the state was colonised by free settlers).

The best options for a weekend tasting the local food and wine can be found at Amble's base in Hahndorf; there's the Fern studio, the Wren cottage and an apartment (Amble Over). In all three, the cosy, country style is perfect for couples. Wren features a spa bathroom and private deck; Fern a private courtyard with barbecue.

What the slightly staid YHA has in its favour are clean, spacious rooms, plenty of bathrooms, a large and characteristically well-organised kitchen (complete with lounge area overlooking Light Square) – and a convenient western CBD location equidistant between the peaceful waterfront walks along the river Torrens and the nightlife of Gouger Street.

Security is typically tight and there's the mix of age groups that you'd expect in a YHA – party people, this is not the hostel you seek.

Bicycles can be hired for free from Bicycles SA, just around the corner on Franklin Street. Parking costs extra.

Visit your local Flight Centre or call 131 600 for more advice and the latest deals on travelling to Adelaide.

This article was written by Robina Barton from The Guardian and was legally licensed through the NewsCred publisher network.