Top 8 Australian Triathlons To Travel For

Top 8 Australian Triathlons To Travel For

One of the most rewarding ways to discover Australia’s rugged and diverse landscape has to be by physically traversing it yourself. Sure, jumping in a car to discover the nature reserve of Tasmania’s Coles Bay or taking the ferry across Perth’s Swan River would be easier than running or swimming across.

However, physically taking over the wheel to discover some of Australia’s landmark sites by enduring the demands of a triathlon (tri), make both experiences a whole lot more gratifying and memorable then staring out through a backseat window.

As we move into the triathlon season here are our picks of the top Aussie tris to discover Australia with:

Labelled as Australia’s oldest triathlon, the Nepean Tri  swim leg is carried out within the confines of the main lake of the Sydney International Regatta Centre, starting in deep water at the front of the rowing finish tower. The bike ride then passes by a number of interesting landmarks including the 2000 Olympic rowing and white water courses as well as the historic Castlereagh Council chambers and one of Australia’s oldest churches. The run finishes with two laps of the Regatta Centre’s main lake allowing athletes to run past the main grandstand three times for plenty of encouragement from family and friends.

The Noosa Triathlon is one of Australia’s most high-profile triathlon events and is the largest Olympic distance triathlon in the world. Athletes come from across the globe to compete on one of the most stunning triathlon courses in Australia. The swim starts off on the gentle Noosa Main Beach before moving into a scenic ride and run through the Noosa Hinterland. The festival is a five-day event celebrating fitness and fun with multiple events covering various distances and disciplines with the main event happening on the final day of the festival.

Hell Of The West at Goondiwindi QLD

This is one of the most physically enduring races in Australia, the appropriately named Hell Of The West, is a triathlon consisting of a 2 kilometre swim, 80 kilometre bike ride and a 20 kilometre run. What makes the race such an accomplishment for athletes is that it is completed in the flaming 30-40 degree celsius heat of the Goondiwindi outback. This is a race not to be entered into lightly but a rewarding one none-the-less.

The Perth Triathlon is the perfect opportunity to take a tour of the gorgeous surrounds of the city’s Swan River. The swim leg starts and finishes from the picturesque western promenade at Elizabeth Quay and is followed by an up-and-back cycle on Mounts Bay Road to Hackett Drive. The run takes place along the quay and Perth foreshore showcasing the stunning backdrop of the Elizabeth Quay and Perth CBD for athletes and spectators alike. 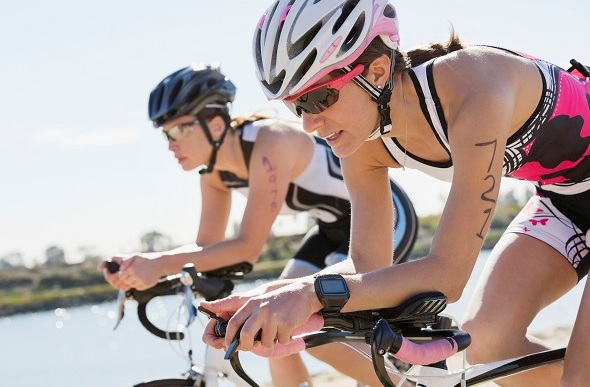 One of the most popular holiday destinations in Tasmania, this seaside town of Coles Bay is located 220 kilometres North East of Hobart and 200 kilometres south east of Launceston. The gorgeous natural reserves of the pristine turquoise bays provide one of the most scenic half and sprint triathlons down under. The races begin on Muirs Beach swimming parallel to the beach up to the esplanade for the bike leg which heads out of town along the tree lined strip of Coles Bay Road. The Coles Bay Jetty also marks a  turnaround point for the different distances of the run.

The Jewel ITU World Triathlon Gold Coast  is a stand out event on the International Triathlon Union calendar being one of the races included in the World Triathlon Series, where elite and Olympic level athletes from across the globe compete for the World Championship title. The two day event also includes the Enticer length Jewel Gold Coast Triathlon- Luke Harrop Memorial that happens on the Sunday, acting as a good entry-level distance for those wanting to try their first triathlon. The 2017 race will be one of the more exciting events of the year as it starts to build up to the 2018 WTS Grand Final and the Commonwealth Games.

Another beautiful triathlon in terms of nature and surroundings is the Byron Bay Triathlon on the Queensland and New South Wales border. The race starts off with a shoreline swim along Byron Beach moving into an out and back course to Lennox Head on the Byron Bay/Lennox Head coastal road. The final run consists of a loop course along the Byron beachfront park and nearby streets. With plenty of trendy organic eateries scattered around the hip area, Byron also makes for the perfect town for a post-race brunch. We recommend the chickpea crepe at trendy Bayleaf Cafe, that is if you can get a table. 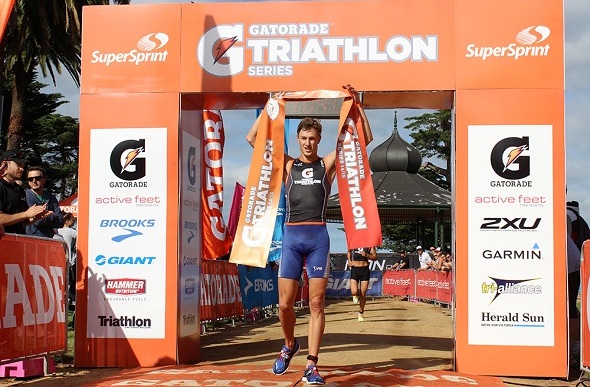 This triathlon series is a a great one for anyone who wants to get started in triathlons and to progress over the season. The series format is also good for those looking to discover Victoria but who need some options of dates to choose from. The five part triathlon series ranges between three locations, Elwood, St.Kilda and Portarlington with a number of different distance options throughout the season from Olympic to Enticer.