This is one of the great train journeys of the world, mainly because it passes through some of the most amazing landscape on the planet.

You start in one of this century's most powerful countries and finish in one that ruled over the biggest empire the world has ever seen 800 years ago, and you can catch glimpses of the incredible Great Wall designed to separate the two as you roll through the Chinese countryside.

You can do this as a standalone journey or as one leg of the fabled Beijing to Moscow run, but either way you must spend some time in Mongolia as it sits at the very frontier of great travel experiences. 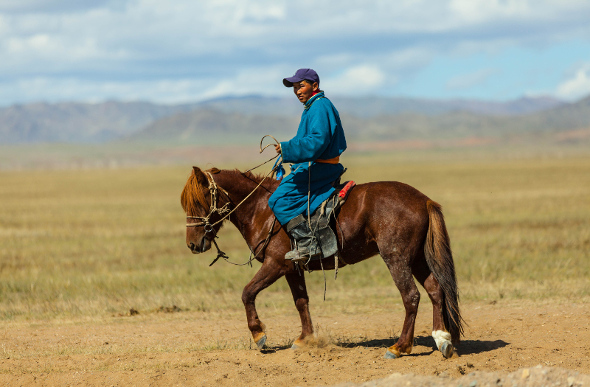 Those who survive in these parts can conquer the world

It's a visual feast in two parts. The entree is served in China, where you start by winding your way through Beijing's northern suburbs at a gentle pace, allowing you to look into the backyards and lives of the people who live in this teeming mega-city.

Soon though you are in the countryside and following a river up into its birthplace in a rugged mountain range. The train is dwarfed by peaks and cliffs, and it seems to seek respite from the imposing surroundings by diving into long tunnels shot through the rock.

In places you can even catch a glimpse of the Great Wall.

Eventually you come out on to farmland which escorts you into the dusk and the land of Chinggis Khan (as the legendary Mongol ruler, Genghis Khan, is known in his native land) beyond. 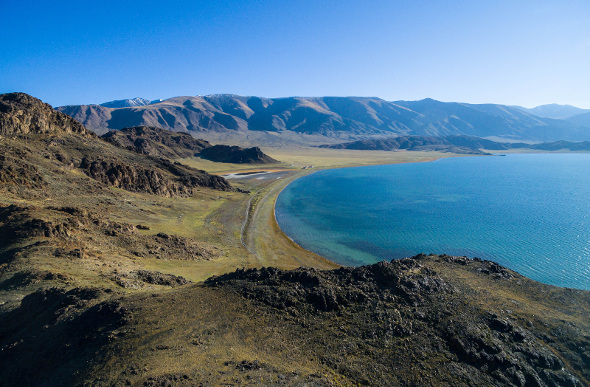 Entering the land of the greatest emperor the world has known

The train crosses the border and consequently much of the Gobi Desert at night. But my first glimpse of Mongolia at dawn revealed a landscape of stark beauty. The sun's ascent over the desert was breathtaking, as is watching it the landscape morph into the steppes. These treeless plains and hills sparsely covered in grass fill the view to the horizon.

There is an eerie vastness to it.

Occasionally the eye catches a blip on this tableau - the white dome of a ger (yurt) camp, the favoured dwelling of the nomadic herders who have scratched for survival on these plains for thousands of years.

Nearby there will be sheep, goats, yaks or horses - the wealth of these hardy people.

There are only about three million people in Mongolia, and more than half of them live in the capital, Ulaan Bataar, with the rest spread thinly over a country the size of most of Western Europe put together.

So you see a lot of space. Even for an Australian used to big skies, the steppes have an other-worldy quality about them. Watching them roll by to the rhythmic clacking of the train is mesmerising. 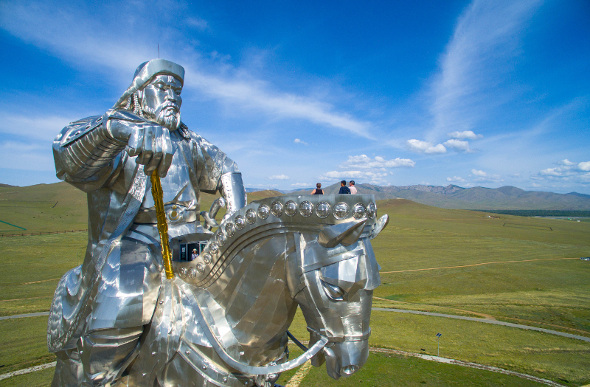 The great man himself

About 27 hours after leaving Beijing the sprawl of Ulaan Bataar appears, at first as clusters of yurt "slums" I guess you'd call them, and then rising into a surprisingly modern city.

UB, as the locals nickname it, doesn't require a lot of time to explore. It has all the mod cons - restaurants, supermarkets, bars, shopping malls, nightclubs, decent hotels.

The national museum is very interesting as it charts the rise of Mongol power and has a wealth of archeological treasures. 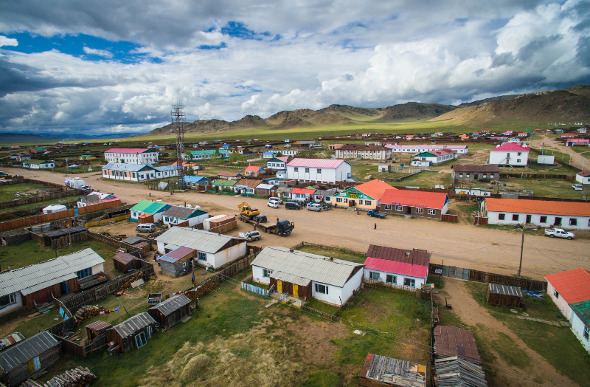 We pass through the suburbs of the capital

But you really want to use it as a base to explore the country. There are many options to go on horseback, 4WD and fishing expeditions, stay in traditional ger camps, and plan wilderness hikes.

Tourism is a fledgling industry in Mongolia, but it is destined to get bigger. Much bigger.

Go there now so that in 20 years you can drive your friends nuts by telling them you went there before there was a Maccas in every village.

It starts as a Chinese train and then turns into a Mongolian one at the border in an operation that takes about five hours.

The two countries have different rail gauges, so at the border they unhitch the passenger cars, jack them up and replace the bogeys with the appropriate rolling stock then hitch them to a new locomotive and dining car and hand it all over to new staff.

It happens between about 9pm and 2am, so other than during the passport checks and immigration procedures you'll most likely sleep through most of this tedium. 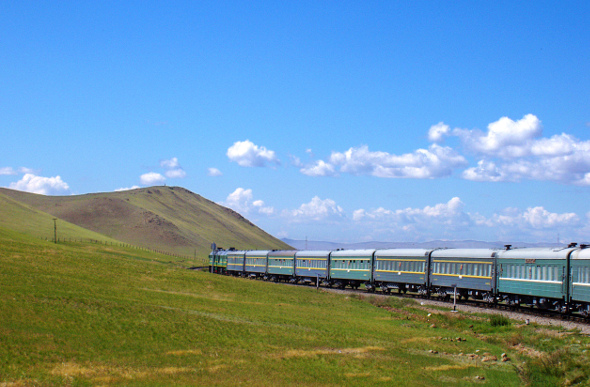 The train winds its way through the steppes (Image: Getty)

There are several ticket options. Most travellers opt to share a four-berth sleeper cabin. It's, um, cosy. You never know who you'll end up sleeping with, which is half the fun. Unless they snore of course.

First-class cabins have only two bunks, which are a good option for couples seeking privacy, but they're a lot more expensive.

At each end of the carriage there is a toilet and a wash basin, but that's it as far as ablution facilities go. But it's only an overnight train so a packet of baby wipes will get you through until you can get to a shower.

Each carriage also has a hot water dispenser so you can keep yourself high on caffeine or full on pot noodles to your heart's content.

A word of warning: the toilets are old-style drop onto the track affairs and consequently are locked about 10 minutes before arriving at any station. Don't get caught short!

I found the food in both the Chinese and Mongolian restaurant cars to be fine. It's not gourmet of course, but it's cheap and tasty. Or just take your own, like the locals do.

On the Chinese leg you get a free lunch and a dinner voucher which s an unexpected bonus for me. 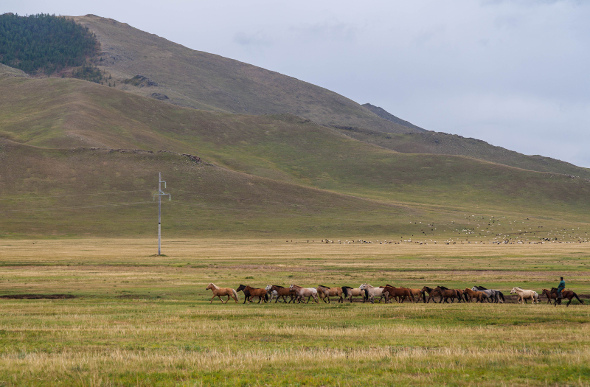 Why not just fly there?

You could do that, for sure. The Chinggis Khan International Airport is serviced by plenty of reputable airlines.

But the beauty of taking the train from Beijing is that it gives you a great sense of the country in a way that arriving in the capital by plane just won't give you.

You can see how the landscape forged the people who formed the fiercest army ever amassed 800 years ago. If you can survive winter on the steppes, you can conquer the world.

How do I book it?

Get your Flight Centre travel agent to do it for you. You can try yourself if you like, but it's difficult to do online from abroad.

If you are in China and you are comfortable with the language, it's not that hard.

But if you like to plan ahead and be guaranteed a seat, use a travel agent who will have local representatives so you can have peace of mind that you are booked, your payment has gone where you intended it to go, and you have assistance if things go awry.

Visit your local Flight Centre store or call 131 600 for more advice and the latest deals on travelling on the Trans Mongolian Railway.