A cycling trip to Vietnam bewitched former political reporter Barbara Adam so much that she chucked in her job, sold her car and moved there. Nearly 10 years later, the Aussie expat has made a new life – and family – in Ho Chi Minh City, running street food tours with her partner, Vu Vo, writing The Dropout Diaries blog, and contributing to guide books on various spots throughout Asia, including her own cross-cultural guide to her beloved adopted home. Here she gives us some of her more unusual travel tips for Vietnam. 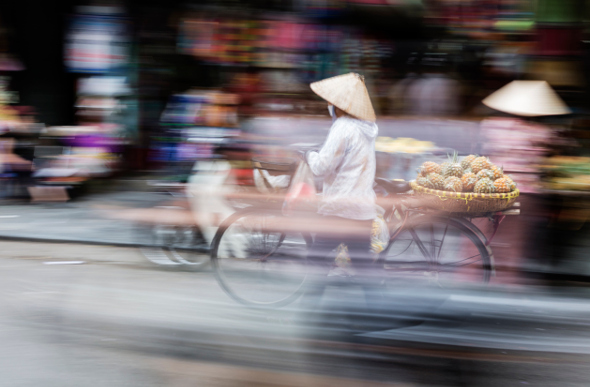 Highway 1 and the Reunification Express train line run from Hanoi in the north to Ho Chi Minh City in the south, about 1,160 kilometres away, forming a well-worn tourist trail. “I personally recommend a south-north route, starting in Ho Chi Minh City and taking some time to dip down into the verdant Mekong Delta and/or take a relaxing break on Phu Quoc or Con Dao islands before heading north towards Hanoi,” Barbara says.

“The rain is warm, so getting wet is not such a big deal. It rains almost every day but it doesn’t rain all day. Most mornings you can set out under clear skies carrying a cheap rain poncho for when the heavens open. Whiling away a rain storm in a coffee shop can be quite fun.”

The quirky seaside city of Vung Tau, a 75-minute ferry ride from Ho Chi Minh City, is famous for its longan, “a fruit that tastes like a sherry flavoured lychee”, with June and July the best longan months. “Longans are also known as dragon’s eyeballs and once you remove the brown peel to uncover the glistening inner part of the fruit, you’ll see why”. 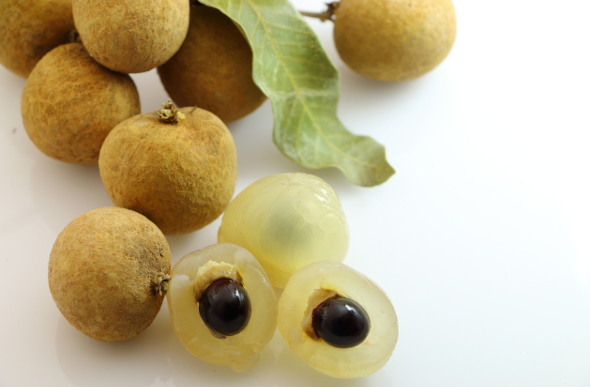 Along with the seaside town of Nha Trang, the former French hill station of Dalat, the city of Danang, and the ancient town of Hoi An, the former Imperial capital of Hue is one of the main stopping points along the way to Hanoi. And Hue is home to the tombs of the emperors, who built them while they were still alive.

“Attempting to visit all the tombs can bring on a bad case of tomb fatigue. I like the tomb of Tu Duc, who ruled from 1848 to 1883 ... He had 100 wives and concubines yet no biological children (an adopted son assumed the throne after his death). Tu Duc used his tomb as a second home, reciting poetry in the lakeside pavilion and hunting for game on the small island at the centre of the lake ... The sprawling grounds and various buildings of this tomb are great for exploring and imagining the romantic and extravagant life of Vietnam’s former ruling elite.” 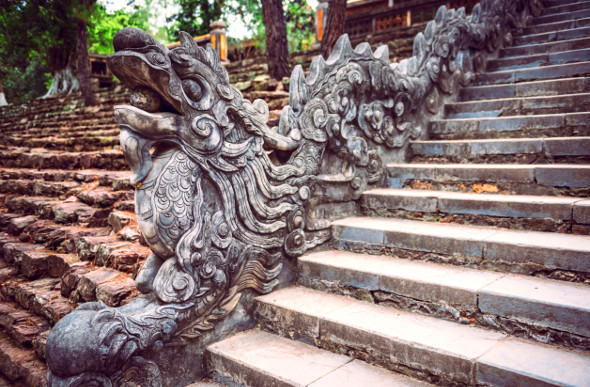 The tomb of Tu Duc is in sprawling grounds. Picture: Getty Images

Make time for the Vietnam Museum of Ethnology

Hanoi’s Vietnam Museum of Ethnology is a great place to take the kids, and it’s worth setting aside a whole day, Barbara says. “The museum, about seven kilometres from downtown Hanoi, has full-size replicas of traditional houses of various ethnic minority groups, which simply must be explored and clambered about by anyone still in touch with their inner child ... as well as actual children. There’s a cute little training restaurant on the grounds, which is perfect for a refuelling stop.”

Staying in style: The Anantara Hoi An Resort

“In the past, it was only gangsters, prostitutes and ‘fast’ girls who had tattoos. That is changing, but I think it’s better to avoid falling into these stereotypes when people are making their first impression of you.”

The school of fish principle

Vietnam’s frenetic motorbike traffic, Barbara says, operates on the same principle as a school of fish – the traffic flows around obstacles, i.e. you. If you are still, motorbikes can go around you. Walk slowly, she says, make eye contact and wave your arm above your head. However, she cautions that this principle does not apply to trucks and buses so don’t get in front of them. “The easiest way for beginners to cross the road is to wait for a local to cross, and walk beside them. They will think your fear is hilarious, and they will usually try to make sure you survive the crossing.” 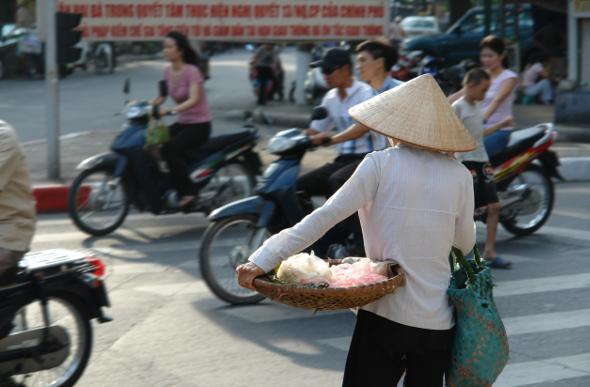 Latch on to a local to cross the road. Picture: Getty Images

Take your shoes off before entering a temple and make sure skin is properly covered, including knees and shoulders. “When visiting a temple, don’t walk across the prayer mats, even when they’re vacant. Also don’t walk between people praying and the Buddha statue, or whatever they’re praying to. It’s usually OK to take photos in temples, as long as you don’t get right in people’s faces.”

“At restaurants and cafes, iced green or jasmine tea is usually free once you order something. Wet napkins wrapped in plastic (which are sometimes refrigerated), however, are not free. They usually cost VND2,000 (12 cents) or VND3,000 (18 cents) per napkin and the charge will be added to your bill ... So when you ask for the bill and the waiter stands there staring at the mess on the table for a bit, he or she is counting the number of napkins you’ve used.” 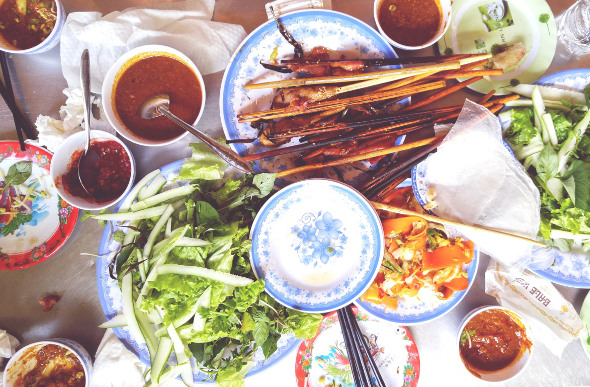 The most important Vietnamese phrase

“In my (very food-centric) opinion, em oi is the most important Vietnamese phrase. This is Vietnamese for ‘hey you’ and it’s what’s needed to summon waiters and waitresses who may be deeply involved in a conversation about the latest Vietnam Idol and so unaware that you need another round of beers or another plate of soft-shelled crab.

“The em in em oi means younger brother or sister, so if you are trying to catch the attention of a server who’s older than you, you should use anh oi (hey older brother) or chi oi (hey older sister). The oi part of em oi is a lot more polite than plain old ‘hey’ in English.”

“Standing outside a shop or stall, while looking at the stock, talking about it and taking photos and not buying anything is thought to generate bad luck for the vendors. To banish this bad luck, the stallholders have to go to the market and buy some lucky papers to burn. Try not to create bad luck in this manner, especially for small stallholders outside of the main tourist centres.”

Visit your local Flight Centre store or call 131 600 for more advice and the latest deals on travelling to Vietnam.