At the global dinner table, there are just some places a meat avoider should, ahem, avoid. Eastern Europe is a smorgasbord of beef, pork and lamb, game is cured, barbecued or carpaccio in South Africa, and despite the religious influences in Asia, your tom yum soup or pho minus the moo will probably still have meat stock as a base. 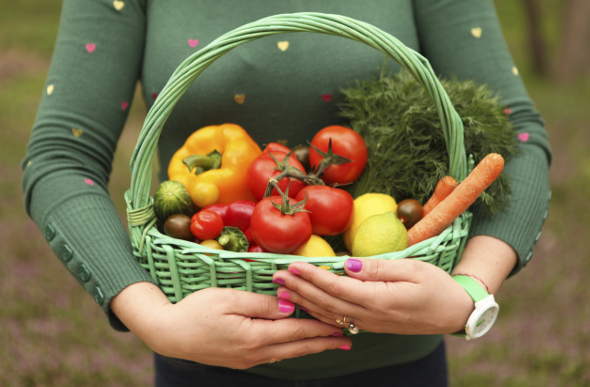 So what’s a vego to do? I mean, there’s only so much bread one person can consume, and sampling the local fare is part of what makes travel exciting and envy-inducing on your social media feed. Here’s a guide to some vegan- and vegetarian-friendly cities around the world where the vegetables and tofu run free.

Dubbed the ‘vegan food truck capital of the world’ by PETA, vegos needn’t miss out on the whole street food phenomenon here in Austin. One of the top trucks to check out is BBQ Revolution where you can dig into ‘brisket’ and ‘ribs’ plus all the fixins (mac and cheese, slaw and beans), as well as  the Tex-Mex-flavoured The Vegan Yacht, The Vegan Nom and Guac N Roll.

No list of vegan-friendly cities could possible omit the all-inclusive destination of Portland, where meat-avoiders have vegetarian B&Bs and the world’s first all-vegan strip mall at their disposal. Sate your sweet tooth (and tie the knot!) at Voodoo Doughnuts, try the vegan bowls at Canteen  and sample the Mediterranean-themed vegetarian dishes at Natural Selection for starters.

Hippie culture practically invented the lentil-loving cuisine, but you don’t have to restrict yourself to chickpea burgers and millet meatloaf here. In San Francisco, the vege pickings are some of the best and most innovative in the world. Eat vegan Japanese at Cha-Ya, sample the award-winning fine dining menu at Millennium Restaurant, and go raw at Judahlicious.

Like the above locale but in a local setting, Byron Bay is a hippie haven dotted with wholefoods stores, biodynamic cafes and vegetarian offerings from around the world. From the Seventh Day Adventist-run Manna Haven cafe to the smoothies and sweet offerings at Naked Treaties, you’ll find a veg-friendly menu item at most dining spots.

Southern India is a renowned vegetarian hotspot and Chennai is its epicentre. Vegetarian thali buffets (meals with curries, rice dishes and breads), street food favourites like chaat, and Western meals such as vegetarian Italian fare are all available here. A South Indian meal to try is dosa, a crisp savoury pancake filled with a spicy potato and your choice of sauces and chutneys. 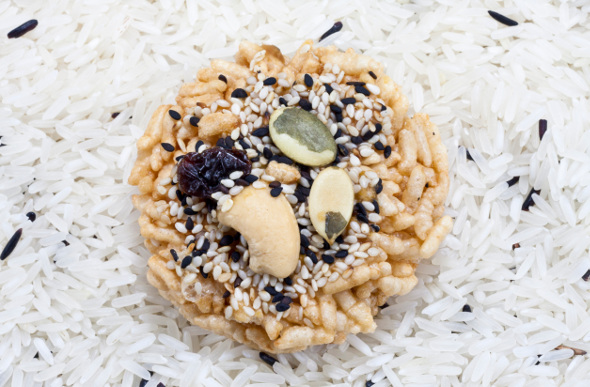 With a sizeable Buddhist population, Chiang Mai in Thailand is another mecca for herbivores with over 90 veg-friendly venues listed on vegan eating resource Happy Cow. Vegetarian and vegan travellers can chow down on Isaan (northeastern Thai) curries and salads at Pun Pun Market, and eat fresh-picked garden salads at Happy Green. 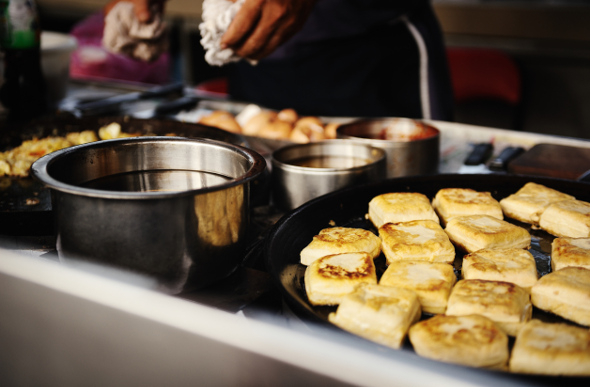 Penang is known as Malaysia’s food capital and with a melting pot of cultures and the resulting cuisines, its street hawker markets are legendary. Laksa lovers will go ga-ga for the vegan version at Luk Yea Yan in George Town, or hit the buffet at Evergreen for a selection of veg-friendly dishes. In Little India, try durian from the night-time food stalls on Chulia Street.

The home of snout-to-tail dining is also simpatico for vegans? Those searching for activated nuts, cold-pressed organic juices and tofu scramble are in luck in London with varied vegetarian venues to suit the herbivore palate. Try Bruno Loubet’s Grain Store at King’s Cross, sprouted specialities at Covent Garden’s Wild Food Cafe and go raw at Nama on Portobello Road.

The Acorn on Main Street was listed as one of Canada’s Top 10 New Restaurants by Air Canada’s enRoute in-flight magazine when it opened in 2013, and its beautifully plated creations will turn the most dedicated carnivore to the plant side. Other notable nosheries for vegans visiting Vancouver include Heirloom Vegetarian on South Granville and Indigo Raw Food Bar in Kitsilano.

Veggie nuggets from McDonald’s was one of my Berlin go-to snacks, but I’m happy to report vegans don’t have to rely on fast food in the German capital anymore. Happy Cow lists over 300 veg-friendly eateries to sate your plant-based hunger. There’s Lucky Leek , a vegan restaurant in Prenzlauer Berg; La Mano Verde – 100 percent vegan and gluten free; and Kopps for vegan German fare.