Venice: How To Outsmart The Crowds

Venice: How To Outsmart The Crowds

Venice is divided into six ancient administrative districts or sestieri: Cannaregio, Castello, San Marco, Dorsoduro, San Polo and Santa Croce around the centre of Venice, three on each bank of the Grand Canal. But, head a little further afield, and there is the opportunity to discover more of the city. 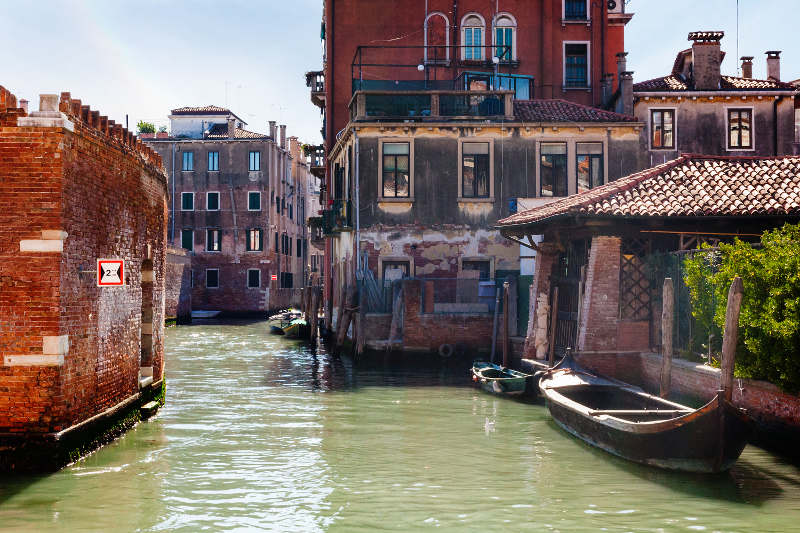 The Cannaregio sestieri has some of the oldest houses in Venice. Image: Getty

Sharing the same side of the Grand Canal with San Marco, Cannaregio stretches north and east from the train station to include the Jewish Ghetto and into the canal-hugging vicinity of the Ca’ d’Oro and the Rialto Bridge. It is claimed that one-third of Venice’s population of 65,000 live here. Tourist shops line Lista di Spagna as it changes into the Strada Nova in the direction of the Rialto Bridge.

This quarter is the largest of the six sestieri and of all Venice’s districts, this is probably the most varied one. To the west, there is all the glamour of grand tourist Venice. Some of the town’s very finest art, architecture and monuments can be found here, as well as functional sites such as the hospital. Over to the east are fairly working-class residential areas with ordinary Italian bars along Via Garibaldi. 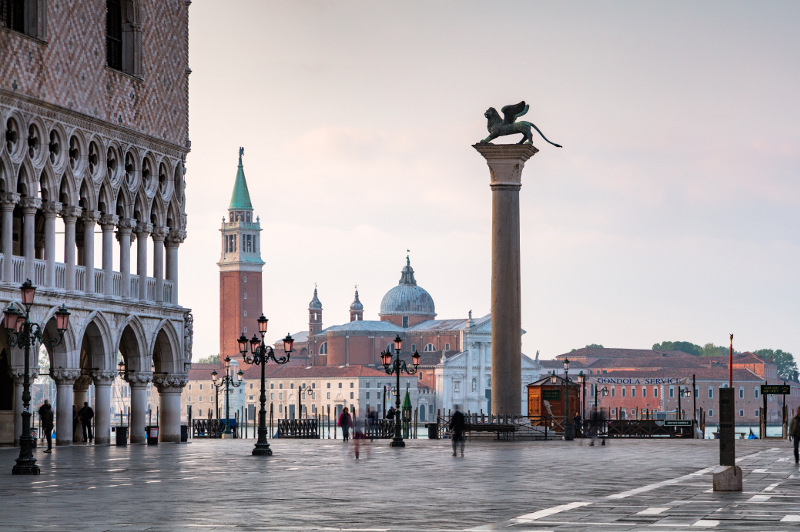 The central sestiere is anchored by the Piazza San Marco and the Basilica di San Marco to the south and the Rialto Bridge to the north. It’s the commercial, religious, and political heart of the city and has been for more than a millennium. The streets have witnessed pageants, processions, political activities and countless Carnival festivities. 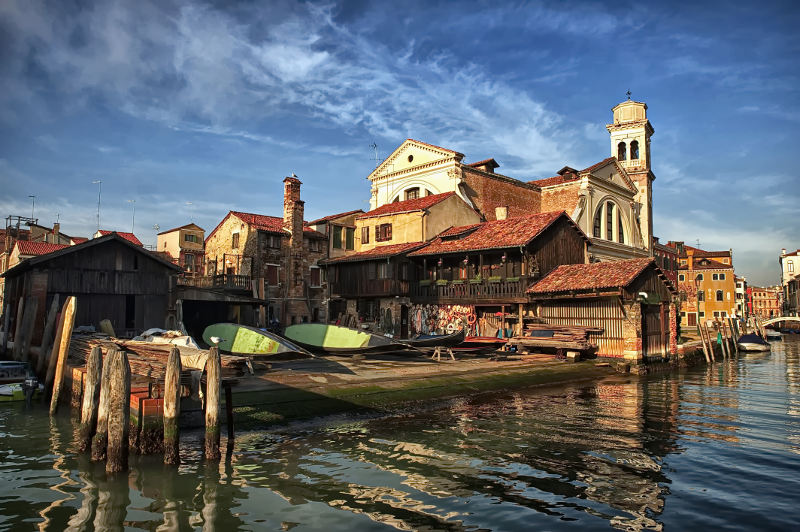 The residential area of Dorsoduro is on the opposite side of the Accademia Bridge from San Marco. It was built on an area of solid subsoil and the name means hard backbone. It has its focal point at the lively Campo Santa Margherita, the largest open space in this part of Venice. The square bustles with activity particularly in the morning when the market stalls open and in the evening when students from nearby Ca’ Foscari, now part of Venice University, gather. 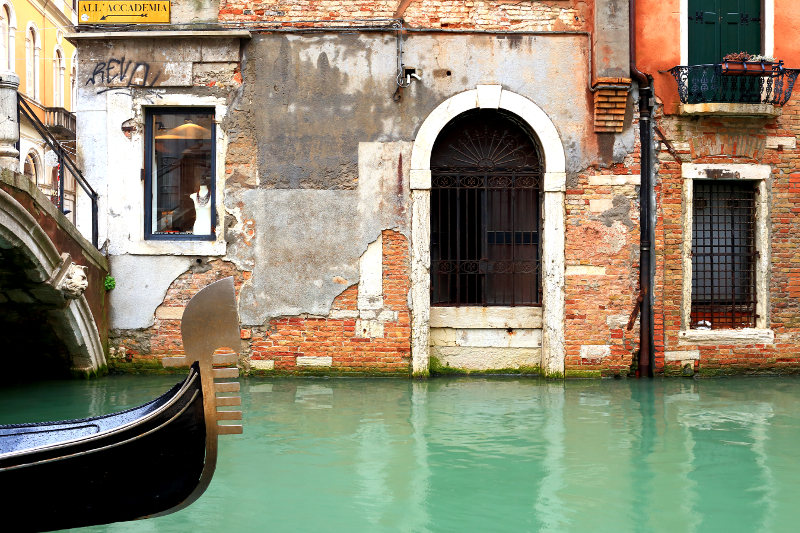 The Rialto Bridge and markets make this area a magnet for visitors. The Rialto Markets entrance is near Ruga Degli Orefici with the residential corners and tourist sights stretching northwest of the Rialto Bridge to the principal church of Santa Maria Gloriosa dei Frari and the Scuola Grande di San Rocco. The hub of activity at the foot of the bridge is greatly due to the Rialto market that has taken place here for centuries. The spacious Campo San Polo is the main piazza of Venice's smallest sestiere.

North and northwest of the San Polo district and across the Grand Canal from the train station, Santa Croce stretches to Piazzale Roma. There are charms of one of Venice’s loveliest little squares, Campo San Giacomo dell’Orio. The district still bears the name of a monastery which no longer exists. Santa Croce was demolished in 1810 and now a little public park, the Giardino Papadopoli, stands on the site. 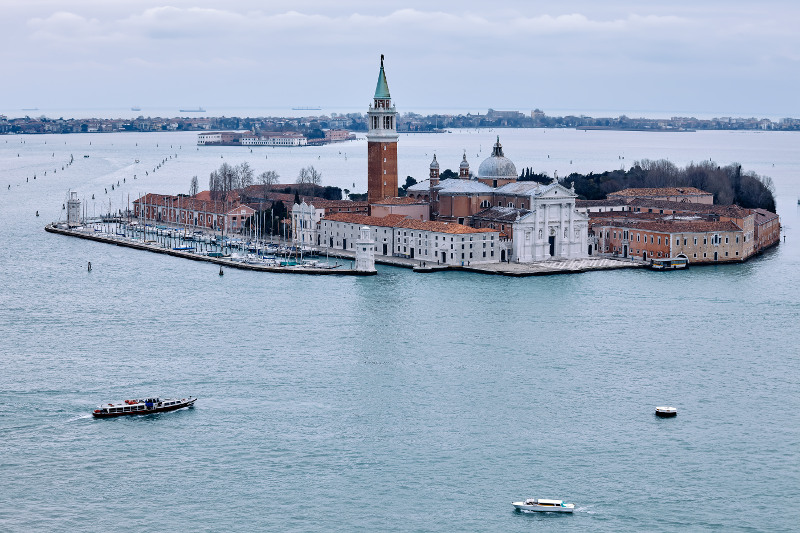 Surrounded by sea on all sides, Giudecca is quiet and romantic. Image: Getty

Located opposite the Piazza San Marco and Dorsoduro, La Giudecca is a tranquil working-class residential area and an island in the Venetian Lagoon. It is part of the sestieri of Dorsoduro and modern renovations of some antique architecture have bolstered the island’s reputation as a vacation locale.

This slim, 11km-long area is the city’s beach; separating the lagoon from the open sea and permitting car traffic. Its concentration of seasonal hotels makes it a popular summer destination, but it is also quite residential with about 20,000 inhabitants. Its landmark hotels serve as home base for the annual Venice Film Festival. 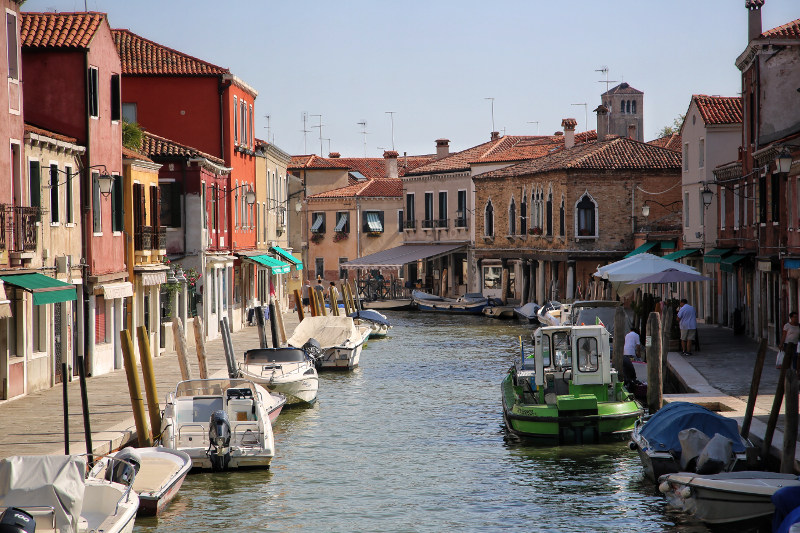 Plenty of room for a stroll in Murano, Venice. Image: Getty

Like Venice, Murano is an archipelago connected by bridges. As the 700-year-old birthplace of glassblowing, working factories responsible for the collectibles continue to dominate the namesake island’s romantic landscape. It lies about 1.5 kilometres north of Venice and measures about 1.5 kilometres across with a population of just over 5,000. 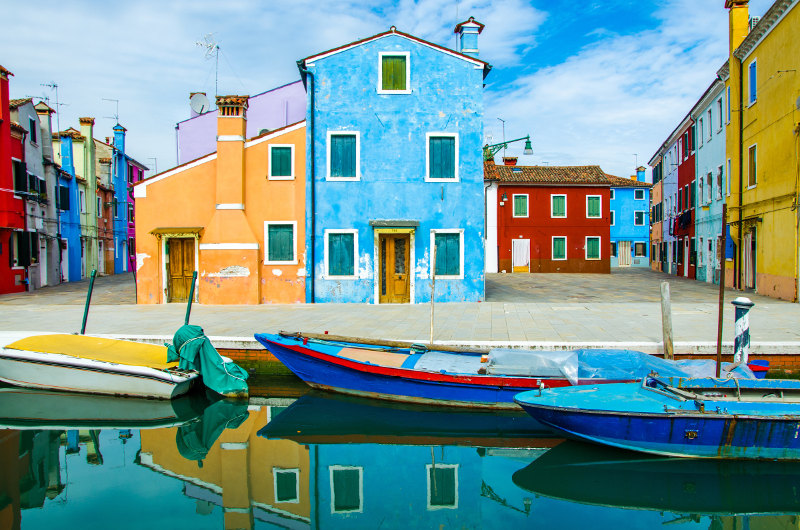 The colourful homes of Burano, originally painted this way to mark out where one family’s property ended and the neighbour’s began. Image: Getty

Burano is also an island in the Venetian lagoon and like Venice itself, it could more correctly be called an archipelago of four islands linked by bridges. It’s the most colourful of the lagoon islands and can be distinguished from a distance by the tilting tower of its church.