Virgin Atlantic cabin crew member, Annabelle is heartened by the compassion of the airline that she's extremely proud to work for.

"We often carry Make-A-Wish Foundation children and families on our Orlando route. I always feel privileged to be part of making their journey as comfortable as possible and helping to create special memories that their families will cherish forever. There's nothing more rewarding then seeing their excited faces for the once-in-a-lifetime holiday," said Annabelle. 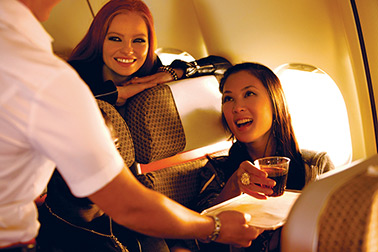 Orlando, Florida with its plethora of theme parks is one of 34 destinations for the international airline that falls under the umbrella of Sir Richard Branson's Virgin Group. Interestingly, Delta Air Lines is in the process of acquiring a 49 per cent share in Virgin Atlantic that's currently held by Singapore Airlines; the Asian-based carrier acquired the share in 2000 for a reported figure of £600.25 million.

The airline has certainly come a long way since its premiere flight in June 1984 from Gatwick across the Atlantic Ocean to Newark in America. Virgin Atlantic now carries over five million passengers each year.

"It is a fantastic airline to work for that's fun, creative and different from all the others," said Annabelle.

"I love the people. I work with a different crew every trip but by the end of the flight you feel like you've known each other for years and can enjoy your trips as you would with your friends."

When it comes to a preferred airport, Annabelle, who's been with Virgin for two years, has a clear preference.

"My favourite airport has to be Heathrow. It has brilliant shopping; my favourite shop is the new Zara in T3 and I love our fantastic Upper Class Lounge where I could sit for hours," she said. 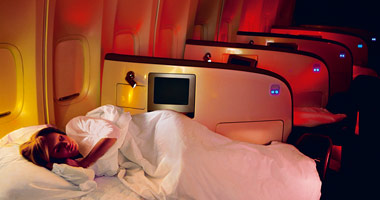 In addition to its Gatwick base, Virgin Atlantic flies to numerous destinations around the world from Terminal 3 at London's Heathrow Airport. American cities served by Virgin include Washington, Boston, New York, San Francisco, Miami, Chicago and Los Angeles.

Other international destinations include Accra, Lagos, Cape Town, Johannesburg, Delhi, Mumbai, Hong Kong, Tokyo and Sydney. In fact Virgin Atlantic connects Australian passengers with London via Hong Kong with departures from the Harbour City. However of all the destinations on the Virgin Atlantic route, it's the glitzy middle-eastern metropolis of Dubai that Annabelle treasures the most.

"My favourite holiday destination is Dubai. The Emirate has the most beautiful hotels with superb customer service, guaranteed hot weather and delicious food. It never fails to impress me and my family. I would still like to visit Maldives and see the beautiful scenery I often hear so much about."

When it comes to taking long haul flights, Annabelle advises that travellers should be well prepared. She says that you should bring comfy lounge wear to change into during the flight, drink plenty of water, sleep when you can and apply lots of moisturiser.

Passengers, who fly with children, should bring plenty of colouring books, games and snacks. Annabelle says that children can never have too many toys to keep them occupied for the duration of the flight. 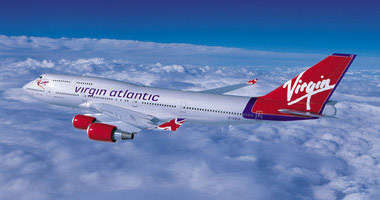