Vienna Is The World's Most Liveable City. Here's Why You Should Go

Vienna Is The World's Most Liveable City. Here's Why You Should Go

In case you missed it, earlier this month, Vienna, Austria was declared most liveable city in the world by the Economist Intelligence Unit (EIU). Knocking our very own Melbourne from the top slot for the first time in seven years, the Austrian capital city beat out 138 other destinations to earn its title.

So, what makes Vienna so great? While the EIU named its affordable health care, strong education system and rich culture as a few of the many reasons for its status, we decided to delve a little bit deeper and look at not only what makes Vienna so liveable, but also what makes it such an appealing place to visit. 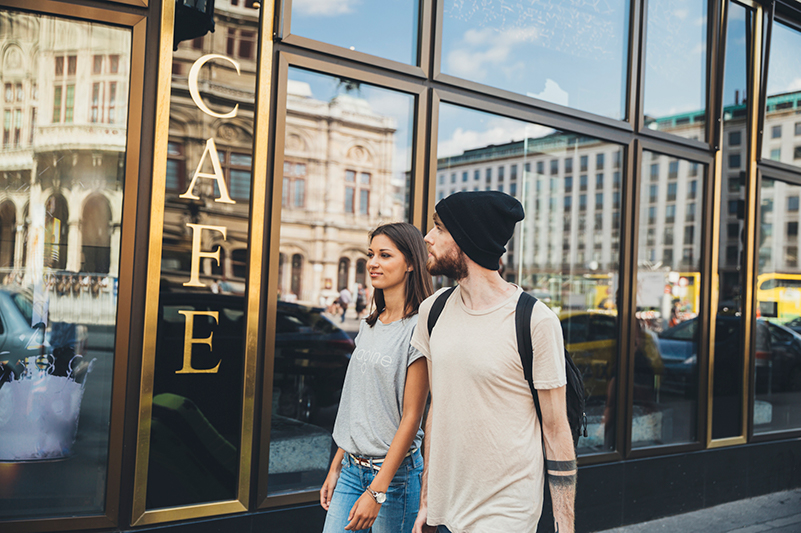 Renowned around the world, the traditional Viennese coffee house culture has even become a part of the cultural heritage of UNESCO. (Image: Getty Images)

It has a fascinating history

The best place to start is with Vienna’s history. Living through six centuries of ruling Hapsburg families, two Napoleon occupations, a Turkish siege, both World Wars and a stint as the capital of the powerful Austro-Hungarian Empire, the city has been forced to reinvent itself again and again. Today, Vienna is known for its many cultural festivals and events, fine cuisine and outdoor food markets, and historical landmarks and sights. It’s evolved, but still pays homage to its past. 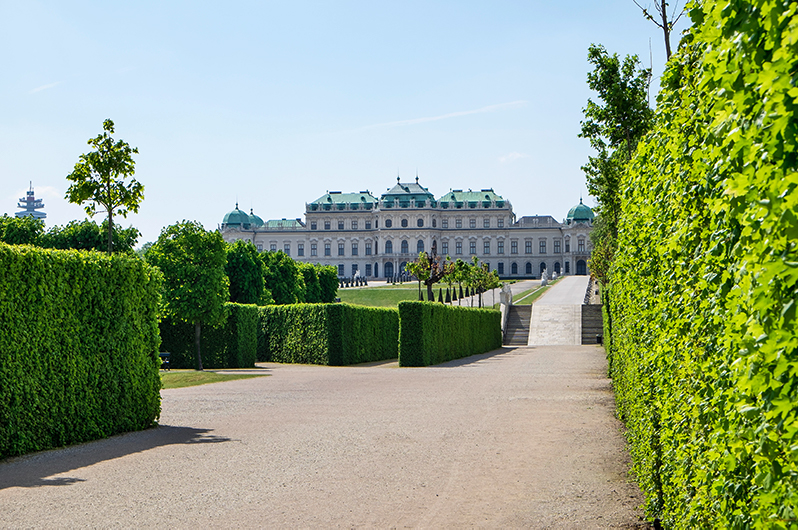 The Belvedere is known as a Baroque Gesamtkunstwerk, a total work of art. (Image: Wien Tourismus)

It has plenty of sights to see

Vienna has been home to some of the most influential names in European history – Wolfgang Amadeus Mozart, Marie Antoinette and the rest of the Hapsburg family, to name a few – and many of the palaces and buildings from their time are still around today and open to the public. These include Schonbrunn Palace, where Marie Antoinette spent summers and Mozart performed some of his first concerts, and Hofburg Imperial Palace, the Hapsburg’s winter residence. Other more recently built city sights include the Belvedere Palace, the Vienna State Opera and the Prater, which houses the famous Ferris wheel. 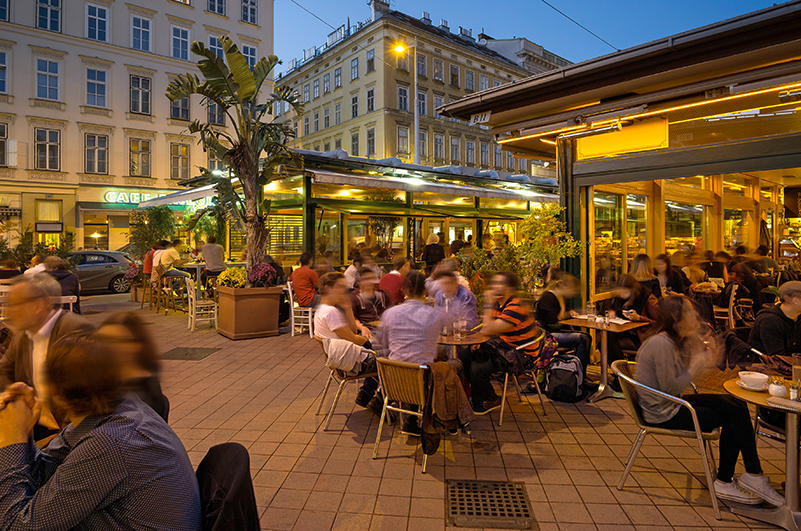 The Naschmarkt open-air food market in Vienna makes the most of the outdoors in summer. (Image: Wien Tourismus/Christian Stemper)

It’s not short on culture

Vienna began emerging as a cultural centre in the 15th century, and hasn’t stopped since. From open-air concerts and balls to film festivals and Christmas markets, the city’s cultural calendar is continually crammed full of events. There are art galleries like Leopold Museum, the mumok Museum of Modern Art and Wien Museum Karlsplatz to visit, and museums like the Vienna House of Music, the Sigmund Freud Museum and the Sisi Museum to see. There is something on virtually every night of the week. Visitors and locals are spoilt for choice. 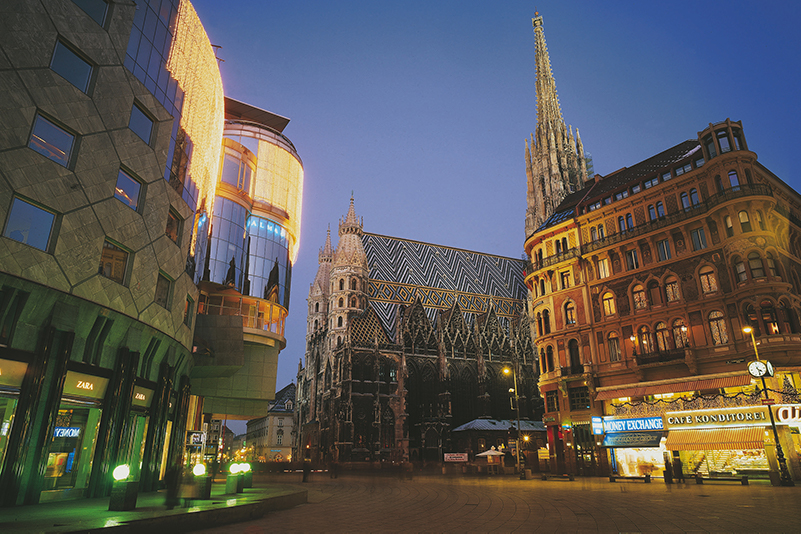 The Haas Haus (with Stephansdom in the background) was designed by Pritzker Architecture Prize winner Hans Hollein, the first Austrian to win this prestigious prize in 1985. (Image: Austrian National Tourist Office)

It has a rare blend of architecture

There aren’t many places in Europe where you can find a postmodernist glass-and-steel building (called Haas House and designed by Austrian architect Hans Hollein) on one side of the street and a striking, old Gothic cathedral on the other. In Vienna however, that juxtaposition is everywhere, and the city blends it all seamlessly. Wandering its streets, you’ll see examples of styles ranging from elaborate Baroque and Gothic all the way through to today. Among the modern, the bizarre Hundertwasserhaus built by architect Friedensreich Hundertwasser is a highlight. 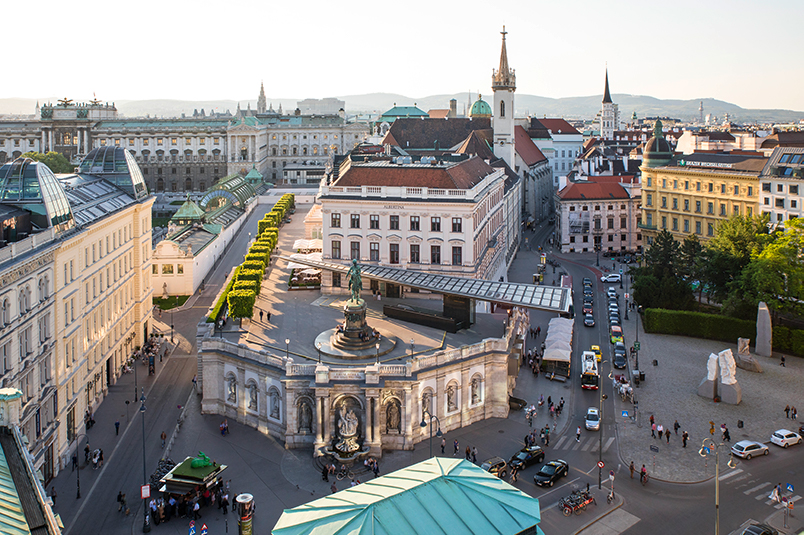 Vienna has a reputation as one of the safest cities in Europe, and a fantastic base for holidaying on the Continent. (Image: Wien Tourismus)

It’s an excellent base

Bordering no less than eight countries, Austria is smack-bang in the middle of Europe, making it an ideal base for exploring the rest of the continent. Neighbouring country Slovakia’s capital Bratislava is only an hour’s drive away from Vienna – the closest distance between any two capitals in Europe – while Budapest, Hungary is only a 2.5-hour train ride away. Munich, Germany is only 4.5 by train and Ljubljana, Slovenia, six hours. Locals take advantage of Vienna’s prime spot by jetting away for weekends; visitors by continuing on their Europe trips. 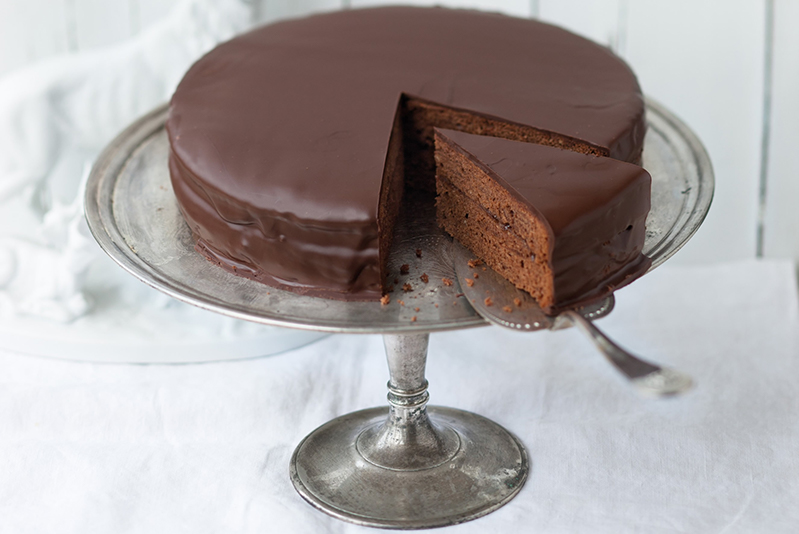 It’s a treat for foodies

Viennese love their food. And while wursts and Wiener schnitzels, and Sachertortes and strudels feature heavily on restaurant menus and family dinner tables, in recent years, the city has branched out and now offers tastes from nearly everywhere else. Steiereck, the most well-known restaurant in town, serves modern European and Shiki serves Japanese. Viennese restaurants are also frequently featured on Michelin star lists. And a mix of all of it – traditional and exotic – can be found at outdoor food market Naschmarkt. 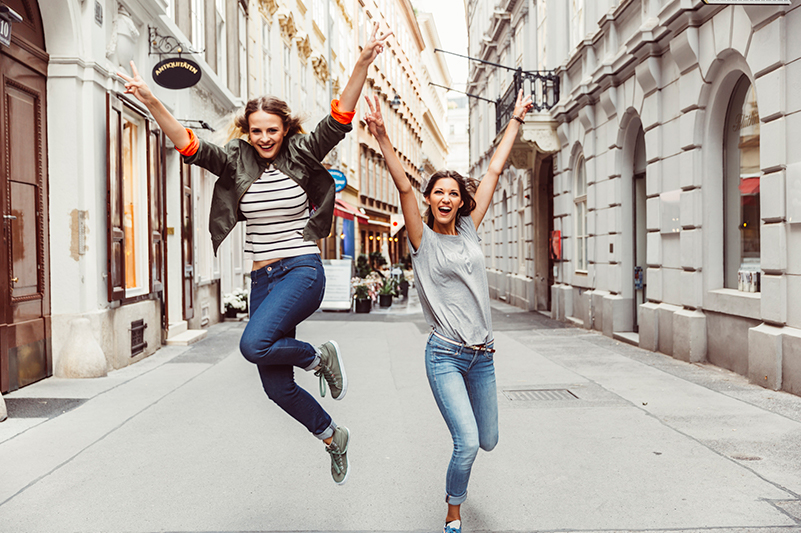 Lit up at night or even seen in the summer heat, Schönbrunn Palace is a truly spectacular sight to see. But it’s only one of the many beautiful scenes to behold in Vienna. The city’s beautiful baroque city centre is a UNESCO World Heritage site. Steps from it is the trendy, new area of restaurants and bars lining the Danube canal. Come Friday afternoons, an after-work crowd fill its sandy beaches and take up the establishments’ striped deckchairs. Vienna is a picturesque city, and it only takes one stroll through its streets to know it.

Ready to explore Vienna? Check out our deals on sale now!

Sangeeta is a Sydney-based lifestyle writer and digital content creator originally from Washington, DC. She enjoys spending full days at the beach, browsing plant shops for fiddle leaf figs, and taking cliched sunset photos. You can check them out on Instagram at @sangeetatatiana.