How To Spend A Weekend In Western Sydney

How To Spend A Weekend In Western Sydney

Like many of my friends and colleagues, I moved to Sydney as an adult, leaving behind a much smaller town and embracing what was, by comparison, a bustling metropolis.

But most of those who grew up in Sydney did so in the suburbs, which cover a massive 12,000 square kilometres and stretch from the Blue Mountains to the ocean.

The regions to the north, south and west of central Sydney each have distinctive identities, with western Sydney being the most populous (about 1.6 million residents) and, by many measures, the most diverse. 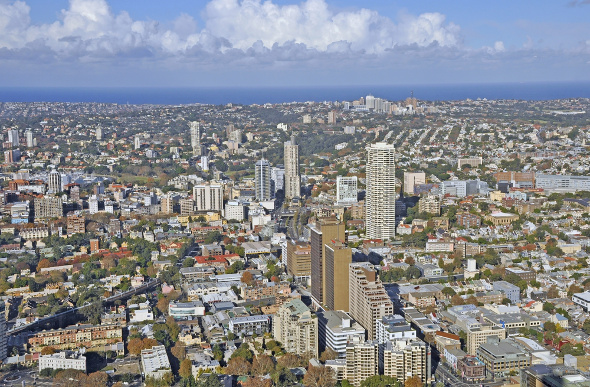 Sydney stretches far and wide, all the way to Australia's coast

On a recent weekend, my boyfriend and I decided to explore the area for the first time.

We discovered a region bursting with attractions and primed for interstate and international visitors. Western Sydney is connected to the inner city by efficient trains and well-maintained roads, and if you avoid peak commuting times it is possible to move around fairly quickly.

The hotels are decent, and considerably cheaper than their CBD counterparts, and the restaurant scene is thriving. Families are particularly well looked after, especially those with a sporty bent. And if you’re keen on experiencing more of New South Wales, basing yourself in western Sydney gives you easy access to the Blue Mountains.

After an easy 40-minute train trip from Central Station to Blacktown (about $5 one way with the Opal smartcard), we catch a taxi (about $20) to western Sydney’s newest hotel, the Atura Blacktown.

The property, set in bushland, is part of a cluster of attractions that also includes the Wet ‘n’ Wild waterpark and the 19th-century Cricketers Arms pub.

It’s a sleek but welcoming hotel with an open-plan lobby that incorporates an in-house restaurant and a comfy lounge area.

Upstairs, we quickly warm to our modern guestroom, which features reliable, free Wi-Fi, free movies on a large wall-mounted TV, and in the bathroom Malin+Goetz toiletries. 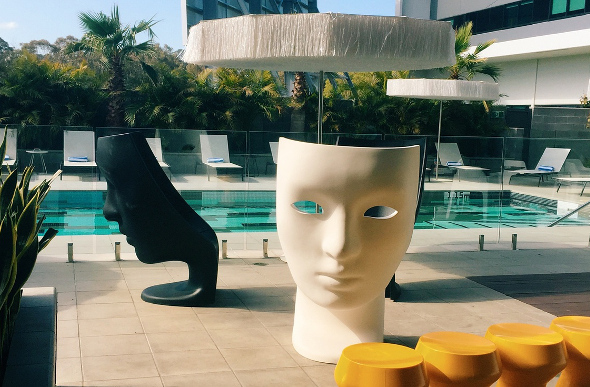 The pool at the Atura in Blacktown – a sleek, welcoming hotel (Image: Dan Stapleton/The Guardian)

8pm – Dinner and a drive-in movie

The hotel’s Roadhouse Bar and Grill has an upscale menu, but a casual ambience, with an open kitchen and families seated at several tables.

We’ve been told not to fill up on dinner (we have plans for later), so we reluctantly leave our tender scotch fillet and expertly pan-fried barramundi unfinished.

At the reception, we pick up keys to the hotel’s white Cadillac, which is parked out front, and drive around the corner to the Skyline Drive-In.

Coming here is a rite of passage for western Sydney teenagers, and as we lean back on the Caddy’s leather seats, slurping malt shakes and watching a foul-mouthed Amy Schumer on-screen, we feel an adolescent rush ourselves. 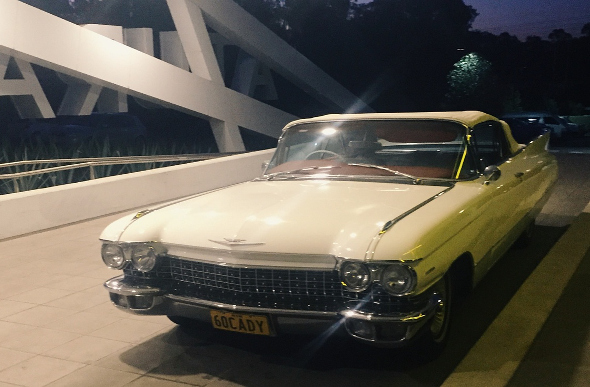 A cadillac is a perfect perch for the drive-in (Image: Dan Stapleton/The Guardian)

Turn up the romance. Which Epic Date From The Bachelor Would You Choose?

Make it a road trip. Coastal Touring From Melbourne To Sydney

9am – Faith and feasting in Bonnyrigg

A friend who lives nearby meets us at the hotel, and the three of us drive to the suburb of Bonnyrigg. It’s without a big shopping centre or major recreational facilities, but there’s still plenty to see.

A non-profit group called Taste runs what it calls “cultural food tours” of the area, focusing on the ways that cuisine and religion interact.

We visit Bibbys Place, a cul de sac where a Turkish mosque, a Presbyterian church, and a Laotian Buddhist temple were built side by side in the 1990s. Speaking with the leaders of each venue, we hear how Bonnyrigg’s religious groups decided to band together and share facilities.

Everywhere we go, there is food. At the temple, we watch a renowned Laotion chef prepare pawpaw salad, while at the mosque we are offered feather-light fairy floss.

Later, in a low-ceilinged Asian grocer, we are fed sublime rice-paper rolls by a proprietor who speaks five languages. Those who dismiss ordinary Australians as insular and intolerant have clearly not visited Bonnyrigg.

If you have never been 'out west', Parramatta’s size and energy may surprise you. Sydney’s second CBD boasts office towers, an enormous mall, hundreds of restaurants and charming green space.

The vibe here is diverse and modern, with most of Sydney’s ethnic groups represented in one way or another.

We wander across to Parramatta Park, an 85-hectare, national-heritage-listed expanse with playgrounds, formal gardens and cycling tracks. Guided tours are available.

Don’t forget to check out Riverside Theatre, Parramatta’s cultural focal point and a satellite venue for many of Sydney’s big festivals, like the Writers’ festival and the Arab film festival. 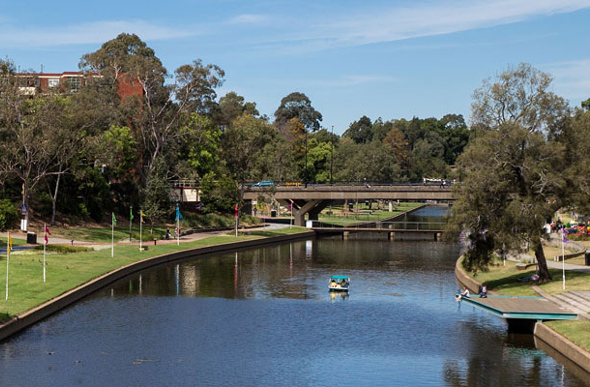 7pm – People-watching at The Emporium

Western Sydney has long been known for its no-fuss international restaurants, but in recent years the dining scene has become noticeably trendier, catering to the region’s increasingly affluent population.

In Parramatta, the venue of the moment is The Emporium, a 150-seat exposed-brick space with a mod-Oz menu that leans towards Mediterranean.

Unlike many of the more casual places we visit over the weekend, The Emporium has a decidedly grown-up atmosphere, full of well-dressed couples and smart wait staff.

Dishes like a delicate stew of Moreton Bay bugs and truffle-stuffed chicken breast are delicious. Don’t expect to get a table on Saturday night unless you book ahead.

Like many of western Sydney’s cultural attractions, the Museum of Fire in Penrith is compact, community-run and decidedly quirky. Early on a Sunday morning, we have the place almost to ourselves.

The lovingly maintained fire trucks (including horse-drawn models) and the interactive science exhibits are interesting, but the real stars of the museum are the volunteers, all of whom are former firefighters.

We speak with them at length about the hazards of firefighting, the history of bushfires in the area, and the thrill that many of us feel when we see flames. 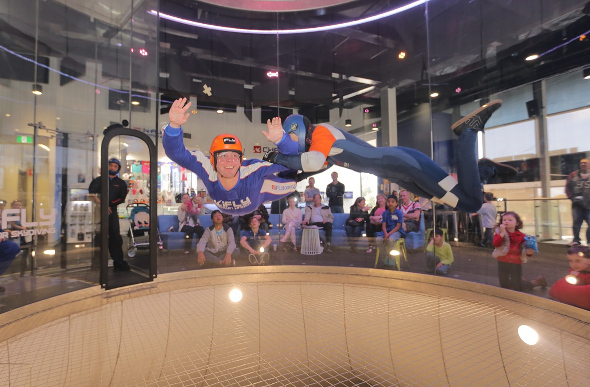 Imagine a giant hairdryer pointing upwards. Now imagine jumping into its air-stream and being held aloft by the sheer power of the updraft. That’s indoor skydiving in a nutshell.

It’s tricky and kind of scary, but when you see primary-school-aged children gleefully throwing themselves into the abyss, it seems cowardly not to join in.

My boyfriend loves it – particularly when the hairdryer is switched to turbo mode, sending him rocketing 25 metres into the air – but I can’t find my rhythm.

The friendly staff at iFly assure me that practice makes perfect, so I resolve to have another go next time I’m in Penrith. After an enlightening, hassle-free weekend in Sydney’s wild west, it seems likely that I’ll be back in the area before too long.

This article was written by Dan F Stapleton from The Guardian and was legally licensed through the NewsCred publisher network.