It’s the world's biggest water fight. A fun-filled frenzy of wetness that is likely the most raucous New Year celebration around. Songkran - or the ‘water festival’ - is the country’s longest public holiday and the visual spectacular has become a firm fixture on the international travel calendar.

Taking place in mid-April, the festival marks the end of the dry season (April is Thailand’s hottest month) and the beginning of the annual rains. With its roots in age-old Buddhist traditions, water represents the washing away of sin and bad luck, helping to being luck and prosperity for the coming year. 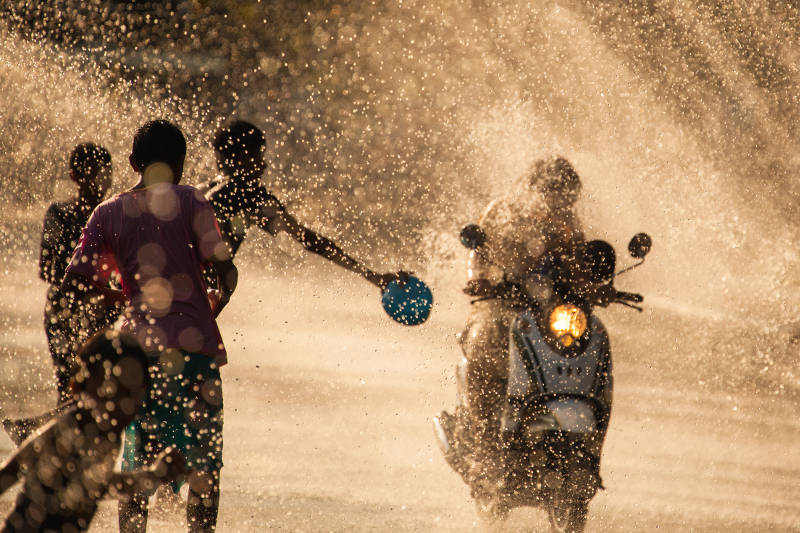 Songkran is a water-filled celebration to shake off the old and welcome in the new.

But nowadays, particularly given its increasing popularity with international tourists, the festival’s highlight is undoubtedly the friendly mass water fight. Across the country young and old alike talk the streets with buckets and guns loaded with water, which is dispensed on anyone within reach. And there’s no better place to see in than in Phuket. Thailand’s largest and most visited island, the program of activities during Songkran here ranges from street parties and beauty pageants, to religious festivals and parades.

The focal point is on Patong Beach in Phuket’s Kathu District and the focus of the action is Bangla Street. A chaotic scene, this no-holds-barred water fight sees locals and tourists (most of whom are fired up after a few beers) armed to the hilt with water guns, buckets, and bowls. In Phuket Town things are more subdued, with flower parades, dancing and cultural shows - including the popular Miss Songkran Contest - and even turtle releasing ceremonies held on nearby beaches.

If you’re looking to avoid the crowds at Patong and have a more gentle experience then you don’t even have to leave your hotel. Many of the larger resorts in Phuket and the surrounding islands organise activities on the main day for guests. And you can’t get more quiet and serene than Phuket’s five-star wellness resort, Amatara.

An idyllic sprawling property made up of private pool villas and lily-filled ponds, the hotel offers special rates and deals during the period, plus a special Alms giving creaming in the hotel lobby. Plus, with a private beach, 2,000-square-metre destination spa (where the signature three-hour long Thai Hamman treatment is a world first), daily yoga classes and multiple fitness activities, you’ll be easily entertained. Similarly, Yao Noi’s Six Senses resort has a Songkran program which sees Buddhist monks conducting traditional ceremonies, alongside the highly anticipated water fight, which takes place on the adjacent picturesque Mai Thai Beach. 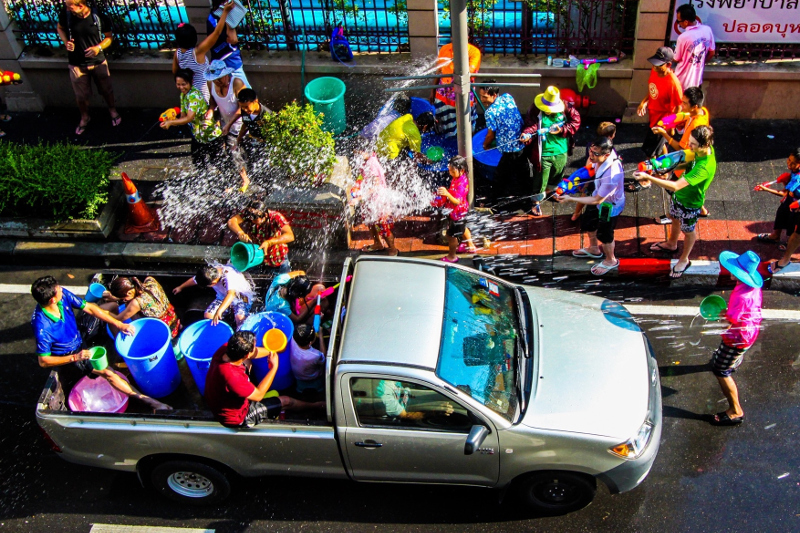 Everyone is welcome to join in the festivities.

Get into the appropriate spirit

Remember, it’s not a fight as you know it - don’t bring aggression and competition into the equation. Water is a symbol of washing away of the old year, so throwing it should be accompanied by a smile and a friendly “sawatdee pee mai" (happy new year). Also, if you don’t like getting wet then Songkran really isn’t the festival for you. If you try to escape the torrents of water heading your way - or if you attempt to stay dry with an umbrella - you’ll only encourage revellers to throw even more water your way. Embrace the wetness!

Speaking of, tourists in particular are popular targets. Young Thais will make a concerted effort to drench you (in some cases they’ll up the ante by using iced water) during the festivities. Given this, make sure to dress appropriately. You’re going to get soaked, so wear light clothing and something that won’t turn transparent when wet and opt for water-friendly thongs. And for the ladies, make up really isn’t an option.

You’re going to want to take pics, so make sure that your camera or phone is in a waterproof holder or bag. Keep your cash and cards tucked somewhere safe in a ziplock bag. 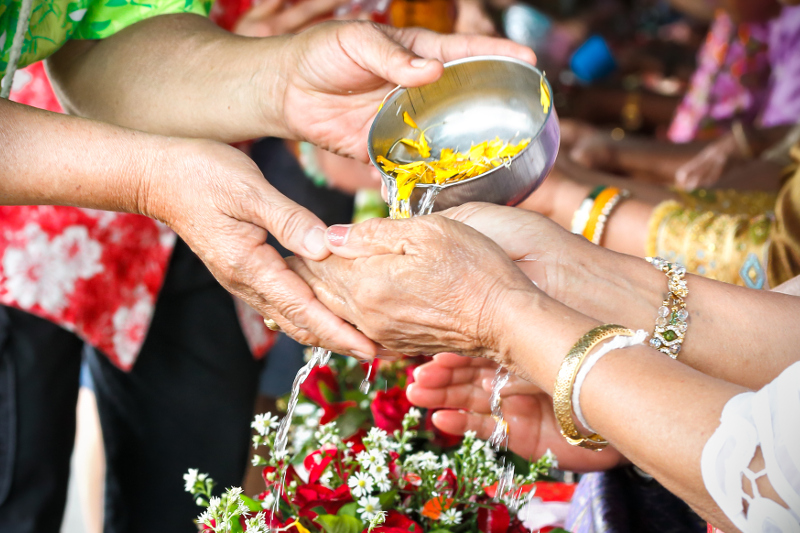 Be sure to visit a local temple to embrace a different side of the Songkran traditions.

Don’t forget to visit a temple

Whilst the water fighting is undoubtedly fun, make sure to see the cultural and religious roots of Songkran by witnessing a religious ceremony in one of the island’s temples during the holiday period. You can see this best in the morning when locals prepare food for the temple and monks, before bathing the Buddha icons and receiving blessings.