Why Aussies Love The Gold Coast

Why Aussies Love The Gold Coast

It has been known as 'The Glitter Strip' for as long as anyone can remember and positively glows in the hot summer sunshine. The Gold Coast is the perfect place for a beach holiday, mixing several of Queensland’s hottest beaches with some of its coolest nightclubs, restaurants and bars.

Surfers Paradise is the focal point and undoubtedly one of Australia’s most famous strips of coast. With golden sands sprawling back to a highly developed beachfront, it’s possible to stay just a stone’s throw from the action and make the most of the beach’s unique urban landscape.

When it comes to summer holidays that have it all, it’s hard to look past the eternally popular Surfers Paradise.

A family favourite for decades, Surfers has transformed over the years into an increasingly sophisticated destination. But while the high-rise buildings that now loom over the beach symbolise the changes, there’s still plenty of old-world charm to be found.

Just a short drive south of Surfers is the eminently quieter Broadbeach. Boasting similar surf conditions to its popular neighbour, it’s the perfect place to enjoy the sunshine without the crowds.

It’s a similar story at several nearby beaches including Coolangatta, Currumbin and the unassuming Main Beach, which remains a particular favourite for families. 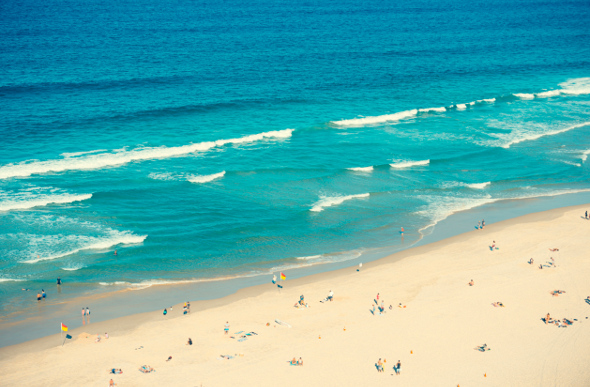 Head down to Broadbeach for more surf and less crowds (Image: Getty)

For more than 50 years the Gold Coast has been Australia’s de facto theme park capital and, with several theme parks still calling the city home, it’s a must-see destination for thrill-seekers.

The likes of Dreamworld, Sea World, Wet ‘n’ Wild, and Warner Bros. Movie World are all located within close proximity of the Goldie, while the Currumbin Wildlife Sanctuary offers the chance to get up close and personal with some of Australia’s unique native wildlife.

Gold Coast: Beyond The Theme Parks

Sun-drenched beaches and a vibrant nightlife may be the Gold Coast’s raison d’etre, but just a short drive inland you’ll discover another side entirely.

The Gold Coast Hinterland spans from the Tweed Range to the breathtaking Numinbah Valley, and this picturesque part of the world has spawned a bustling boutique tourism trade.

Cottage-style guesthouses and bed and breakfasts abound, with the lush Hinterland surrounds providing a picture-perfect pastoral setting. The numerous nature walks, natural parks and spectacular waterfalls make the Hinterland one of the coast's best-kept secrets. 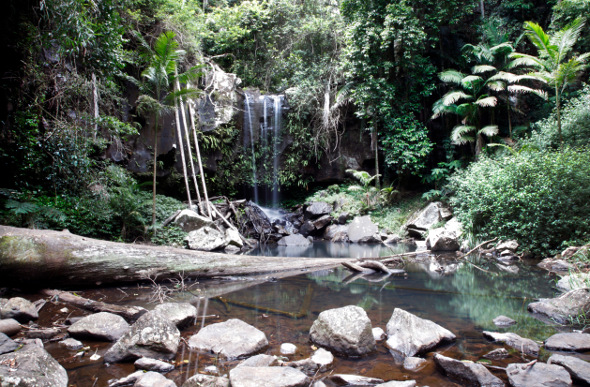 It may not be considered one of the culinary capitals of Australia, but gourmands will nevertheless find their taste buds tantalised by the delectable range of dishes on offer in the Gold Coast’s burgeoning restaurant scene.

From award-winning French restaurant Allure on Currumbin to Luke Mangan’s signature Salt Grill in Surfers Paradise, there’s no reason not to treat your palate, too.

Visit your local Flight Centre store or call 131 600 for more advice and the latest deals on travelling to the Gold Coast.