With the world-renowned Chelsea Flower Show having recently packed away its colourful displays, we thought it would be a fine time to showcase the strange, yet mesmerising gardens around the world.

From man-made giants and reconstructed dinosaurs, to waterfalls and sleeping flora beauties, these gardens showcase our creative abilities and inspire limitless imagination.

1. Gardens By The Bay, Singapore 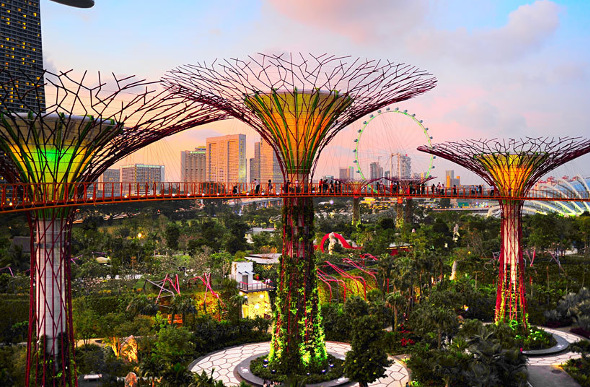 Nature and humans unite at the Gardens by the Bay (Image: Alamy)

Gardens by the Bay is a park spanning 101 hectares in central Singapore. Although the 'supertrees' are man-made from concrete and steel, and are over 25 metres tall, they have been fitted with hanging gardens and are used to display plants from across the globe. From the walkway between the trees, visitors can see the three bay gardens covered with foliage. 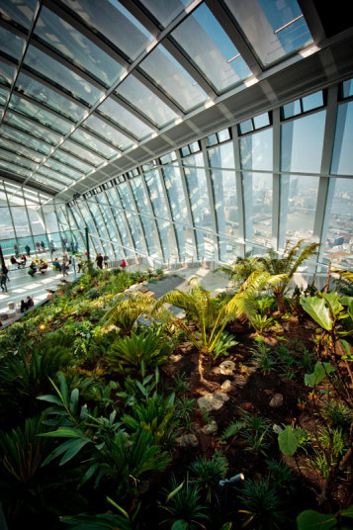 Species from all over the world thrive in the Sky Garden (Image: Alamy)

Possibly one of the highest gardens in London, the Sky Garden resides at the top of the 'Walkie-Talkie' on Fenchurch Street, spans three floors and offers 360-degree views across the city. The garden is dominated by Mediterranean and South African species of plants; however, other plants fill the spaces in-between, which means the garden flourishes year round. 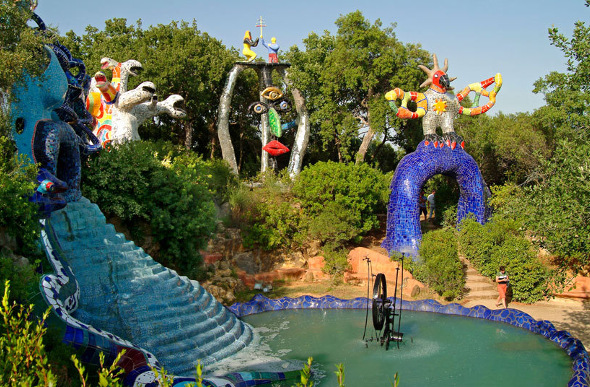 Creativity can be found throughout (Image: Alamy)

French artist, Niki de Saint Phalle was inspired by Gaudi's Park Guell in Barcelona when she was creating her "small Eden where man and nature meet". Each of the 22 sculptures were handmade from millions of tiny pieces of glass and pottery to create a mosaic effect. The tarots include the Empress, the Tree of Life and the Devil. 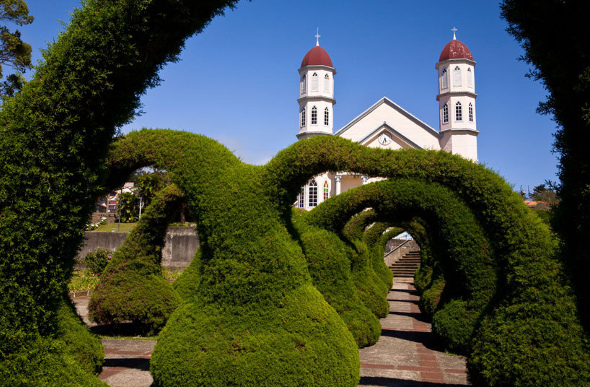 Immaculate hedging lends a charm to this estate (Image: Alamy)

The topiary garden has been maintained daily by Evangelisto Blanco, who has kept each shrub and twig trimmed since the 1960s. The bushes range in size and have been shaped into many different forms, such as unusual faces, animals, mythical creatures, avant-garde shapes and arches. 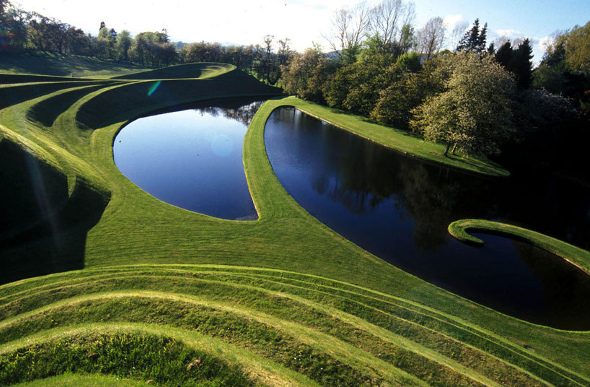 Unlike most gardens, this one does not have plants growing in abundance, but instead the designer chose to follow a mathematical and scientific formula, which combines the natural features with artificial symmetry and curves. The 12-hectare garden was created by landscape artist, Charles Jencks and was also built at his home in Scotland. 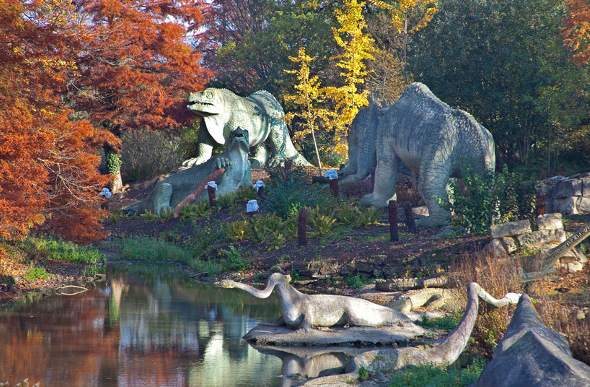 At one of South London’s largest parks, visitors will find not only shrubs, trees and plants, but also Victorian dinosaurs emerging from the tidal lake. The 'Jurassic Park' was created by sculptor and fossil expert, Benjamin Waterhouse Hawkins, and the founder of the Natural History Museum, Richard Owen. They built mainly ichthyosaurs and plesiosaurs, but also include dinosaurs from the Mesozoic era and Cenozoic era. 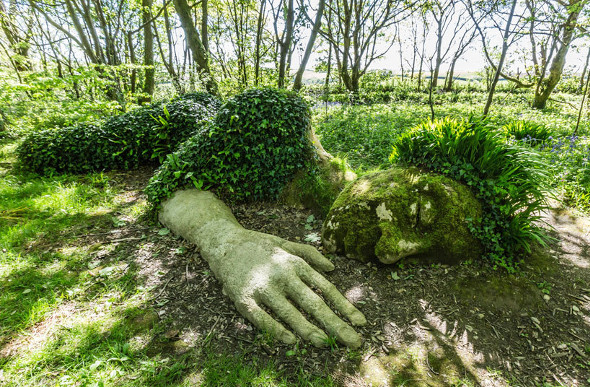 The Lost Gardens of Heligan are possibly the most popular botanical gardens in the UK. The grounds form part of the Heligan estate and include the popular mud sculptures of the Mud Maid and the Giant’s Head. The rest of the grounds hold a small 'jungle', colossal rhododendrons, a series of lakes and Europe’s last pineapple pit. 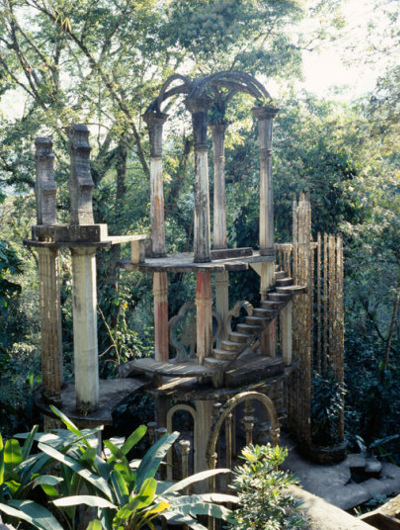 Las Pozas (the pools) used to be a former coffee plantation until bought by English Poet, Edward James, in an attempt to create his very own Garden of Eden. Las Pozas is made up of natural waterfalls and pools, interlaced with exotic and native plants, which work in harmony with the surrounding Mexican jungle. 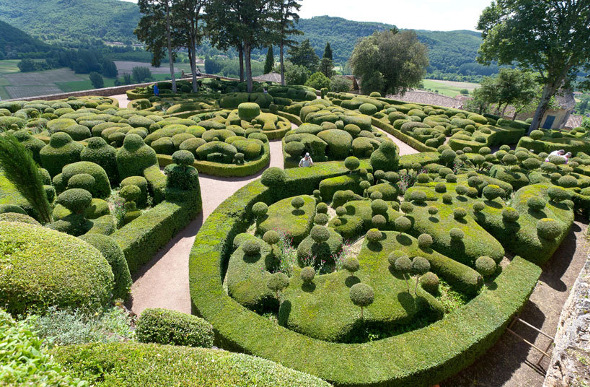 Handed down through generations (Image: Alamy)

Located in Vezac, France, the 21.8 hectares of Marqueyssac has six kilometres of paths in a maze of 150,000 hand-trimmed boxwood plants. The grounds are the work of several generations of the same family who own the estate. 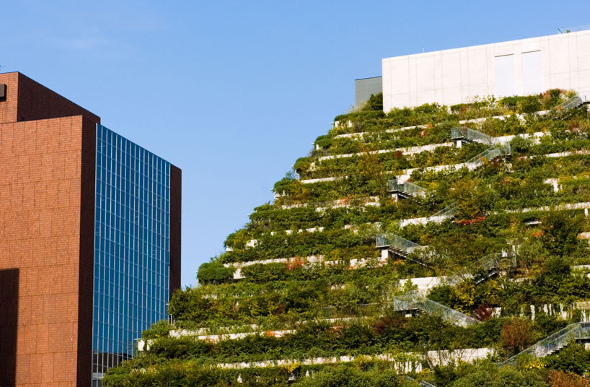 The Step Garden was designed to blend the large ACROS building into the adjacent Tenjin Central Park and help to improve the environment of the city in Japan. It covers 5,400 square metres, includes more than 50,000 plants and is one of the largest rooftop gardens in country.