7 Of The Best Christmas Markets In Europe

7 Of The Best Christmas Markets In Europe

Christmas in the Northern Hemisphere is truly something else. You get the chance to experience what it’s like to rug up, wrap your hands around a cup of mulled wine and listen to the sound of carols and your shoes crunching down on the snow as you stroll through town. Christmas markets are a yuletide tradition in Europe with seasonal treats, ornaments and plenty of cheer. If you’re one of the lucky ones travelling to Europe during the Christmas season, be sure to get your cash and wallets ready for seven of the best Christmas markets in Europe.

It may be known as a popular start or finish point for a Rhine River cruise, but the Swiss town of Basel is also an idyllic location for a festive market. Considered one of the biggest in Switzerland, the Basel Christmas market is located in the Old Town of the city in the areas of Munsterplatz and Barfusserplatz. There’s more than 160 traders and artisans who set up stalls for the market, which is open generally from late November to December. After you’ve picked up a few trinkets, try genuine Basel lackerli (gingerbread biscuit) or Swiss raclette aka melted cheese, which is usually accompanied with potatoes, pickles and cured meat. 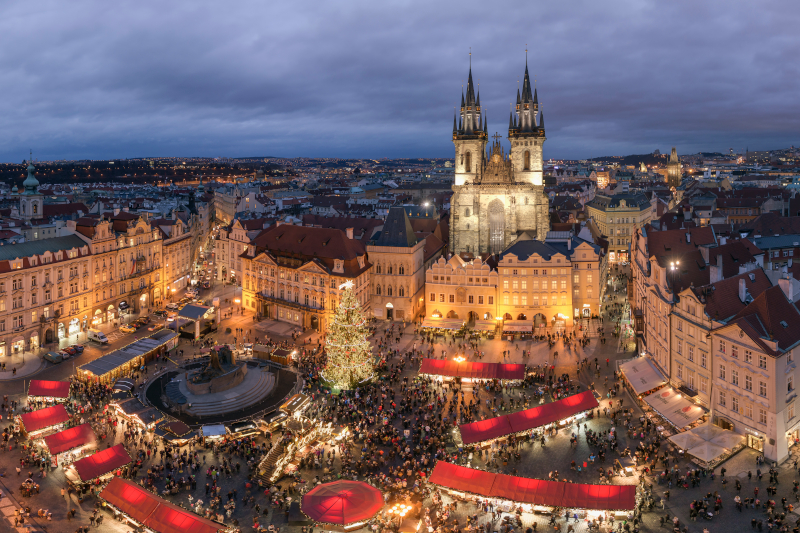 Head to the Old Town in Prague for the Christmas Markets. Image: Getty

If you’re visiting the Eastern European city of Prague, head to the Old Town, where the Christmas season truly brings the area to life. In late November, the Old Town Christmas tree will be switched on for the first time, officially opening the Christmas market and marking the beginning of the festive season. From then on, the markets will run every day until early January. You’ll find a variety of stalls selling traditional Eastern European food, including prazska sunka (roast ham), sausages and sweets. Perhaps even try medovina, a hot honey wine. 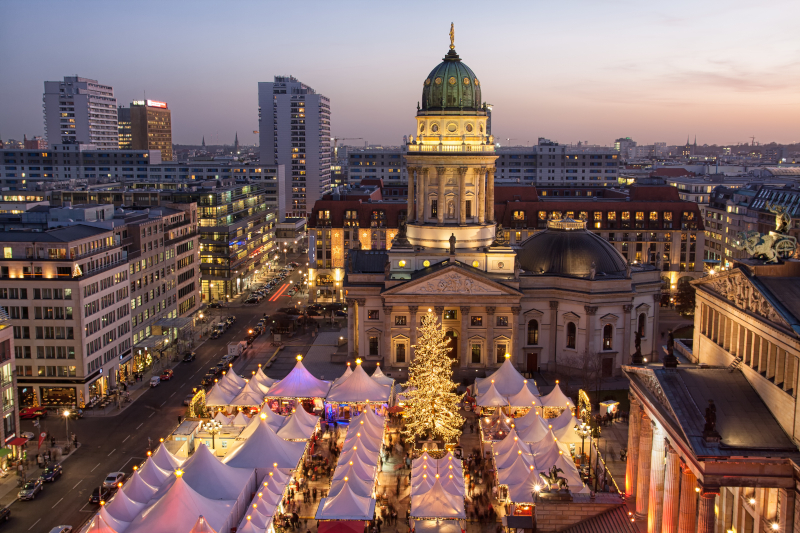 As the sun sets, the Christmas Market at Gendarmenmarkt truly comes to life. Image: Getty

Head to Berlin and you’ll get to choose from more than 70 indoor and outdoor Christmas markets throughout the city. The largest is in the Old Town of Spandau, 20 minutes’ drive west of the city centre, however, for something more central, visit Gendarmenmarkt. The 18th-century square is decorated with more than 1,000 fairy lights, making it one of the most beautiful Christmas markets in Berlin. It will be open every day at 11 am from the 25th of November until the 31st of December. Kids under 12 are free, but there is a 1 euro admission fee for adults, with some of the proceeds donated to charity. 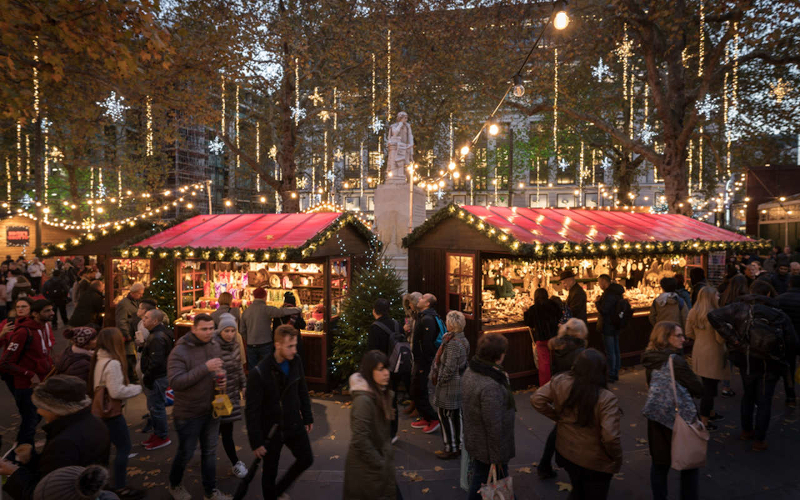 Heading to London? Hit up the iconic Leicester Square during the Christmas season. Christmas in Leicester Square runs daily (except Christmas Day) from the 8th of November through to the 5th of January 2020. Opening times vary based on the day of the week, ranging from 10 am to 10 pm. The event has hosted festive markets and entertainment since 1670 and nowadays, it’s still a mecca for all things Christmas. It’s free to wander the stalls, but you’ll need to purchase a ticket to see a show inside the spiegeltent or to visit Santa's Grotto, where kids can meet Santa and listen while he reads a festive fairytale. 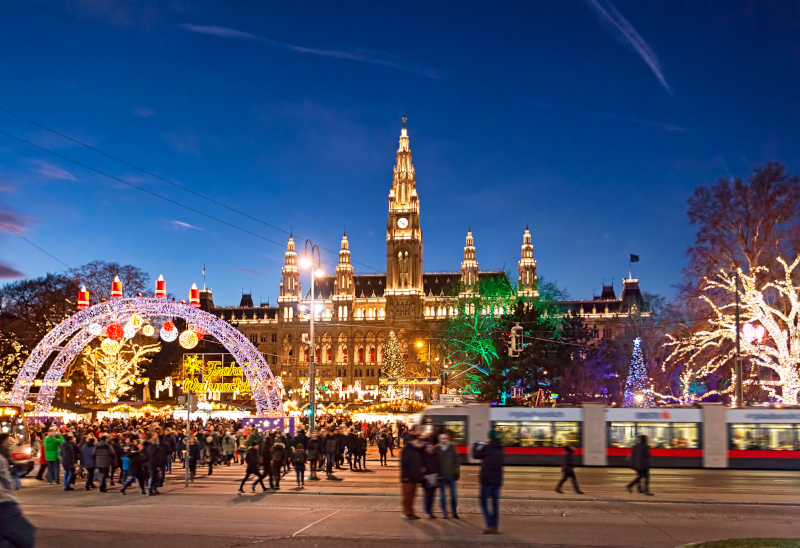 If you’re visiting Vienna between the 15th of November to the 26th of December, be sure to visit the Viennese Dream Christmas Market. Located in front of the 19th-century city hall, the market offers visitors a chance to get into the spirit of the season against a marvelous backdrop. The ground floor has a space dedicated for children to engage in a range of festive crafts, such as making Christmas cookies and candles. Inside, you can also listen to carols sung by international choirs. Visit on a Friday, Saturday or Sunday and you’ll score yourself free entry. 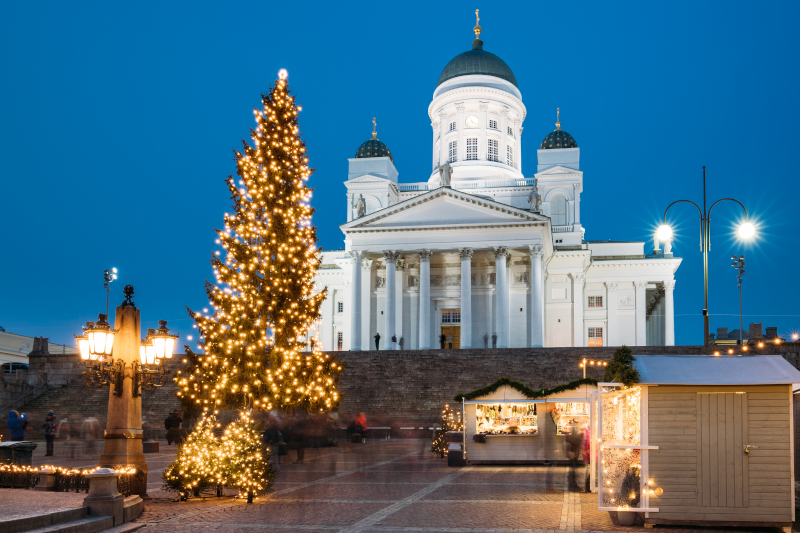 Find yourself in Finland over the festive season and be sure to head to the country’s most popular Christmas market, the Helsinki Christmas Market. From the 6th of December to the 22nd, more than 100 stalls will fill Senate Square, the oldest part of central Helsinki. With the 19th-century Helsinki Cathedral towering above above the square, the market is the perfect place for a bit of festive shopping and sightseeing at the same time. To top it off, kids can ride an old-fashioned merry-go-round for free. 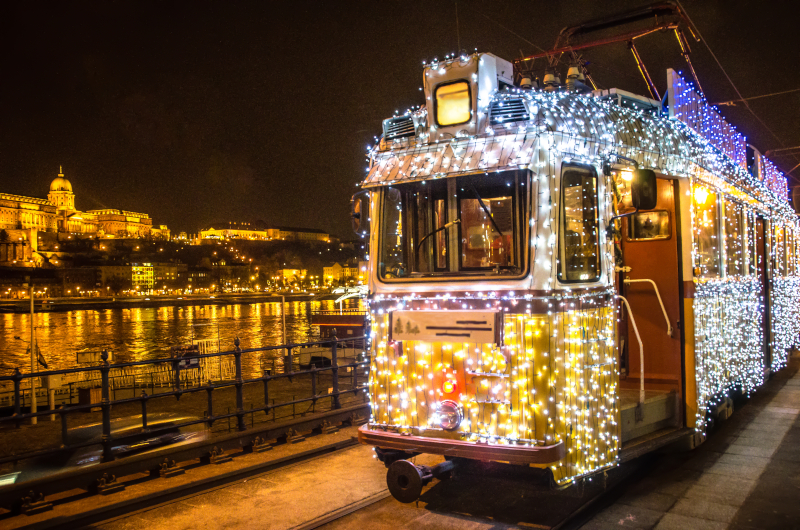 Even the trams get into the festive season in Budapest. Image: Getty

Located in Vorosmarty Square, the Budapest Christmas Markets are the biggest and oldest in the city. Just moments’ walk from the Danube River, the markets are centrally located and easily accessible for travellers visiting the city from the 9th of November to the 1st of January. The craft stalls are up until the 29th of December, after then, the food stalls will remain to serve festive treats like kurtoskalacs chimney cakes (cinnamon pastries) and dodolle (potato dumplings). Walk off the snacks by taking a stroll towards the river, where you’ll be able to see the iconic Szechenyi Chain Bridge and Buda Castle; a spectacular sight at night.

Book your flight to Europe here!

Community and Content Coordinator Sheridan Murphy doesn’t just love travel, she lives it. If you want to work in Canada, volunteer in Fiji, stay with monks in Mount Emei, fly along the New York skyline, ride a camel in Abu Dhabi, trek the Great Wall of China, cruise the South Pacific or be kissed by a Greek in Corfu (on both cheeks)... be sure to follow along on Instagram @sheridanleemurphy.
more articles from this author

Cruise The Mediterranean In Luxury On A Small Ship
15 November 2019
Australian tour company APT continues to lead in the luxury tourism industry with its all-inclusive itineraries across the globe. Since 2005, APT has
Read Time: 3.5 mins
Europe

Touring As A 20-Something Solo
11 November 2019
I truly thought I was done with group touring. You know, the ones where you cram in as many European cities as possible, ticking off attractions as
Read Time: 7.4 mins