The smell of roasting chestnuts in the air, a cup of mulled wine zinging through your veins, the buttery glow of market stalls plump with sugared almonds and gingerbread hearts… the lead up to Christmas is a real fairytale in Germany. Christmas markets are also big in Alsace too – the most Germanic region of France. In both places, they usually start on the first Sunday of Advent and end on Christmas Eve. This road trip takes in both the best Christmas markets in southern Germany and the prettiest over the border. 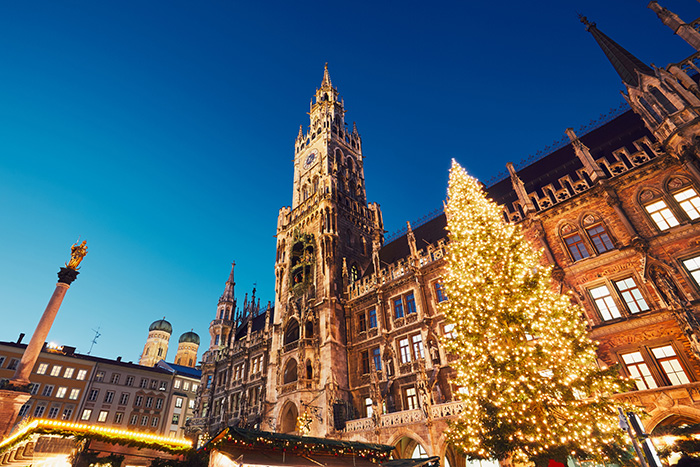 Head north for 162km to Nuremberg and pop into perhaps the most famous in Germany. Expect more than 180 market stalls decorated in evergreen boughs. This market specialises in traditional regional wares, like Nuremburg sausages as long and as thick as your finger and spicy blueberry gluhwein. 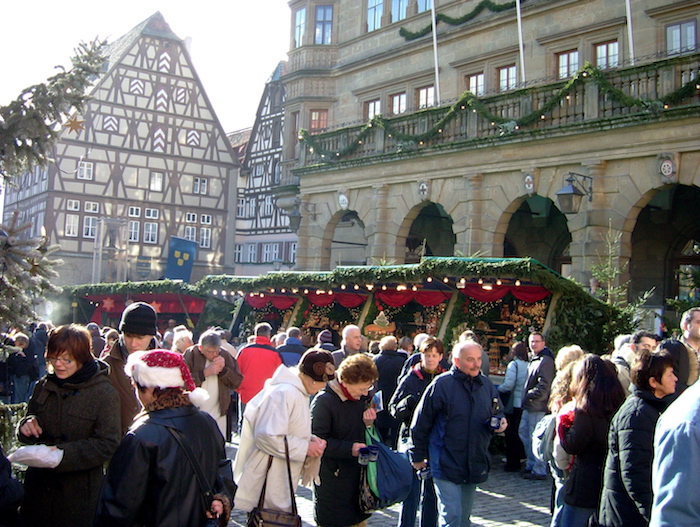 Christmas in Rothenburg's medieval square. Image: Marc Llewellyn
The medieval town of Rothenburg is 82km west of Nuremburg at the beginning of the Romantic Road – a 350km-long scenic route that ends in the foothills of the Alps. This pretty market takes place in the town’s cobbled square, which is surrounded by ancient half-timbered buildings. Don’t miss the Medieval Crime and Punishment Museum and its range of eerie torture equipment.

195km to the south west is the university town of Tübingen, with its narrow alleyways and pastel houses with pointed gables. Tübingen has its own candle-lit Christmas market that sprawls through town but it only occurs on one December weekend a year. A highlight is a stroll along the banks of the Neckar River, beside fleets of white swans and their reflections.
RELATED: The Very Best Of Europe's Christmas Markets 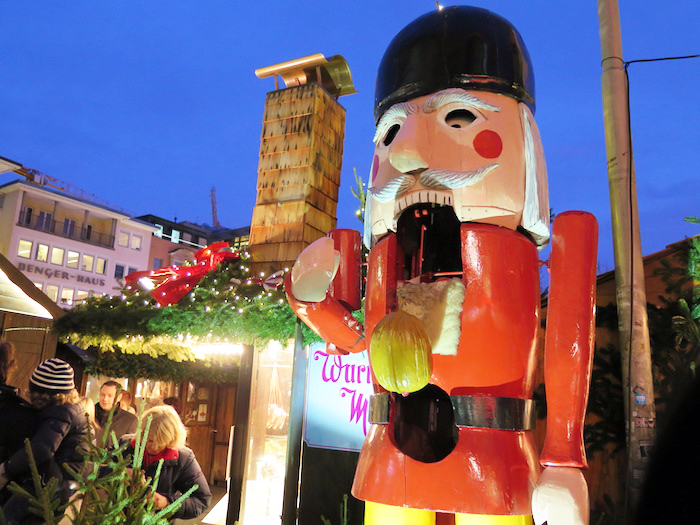 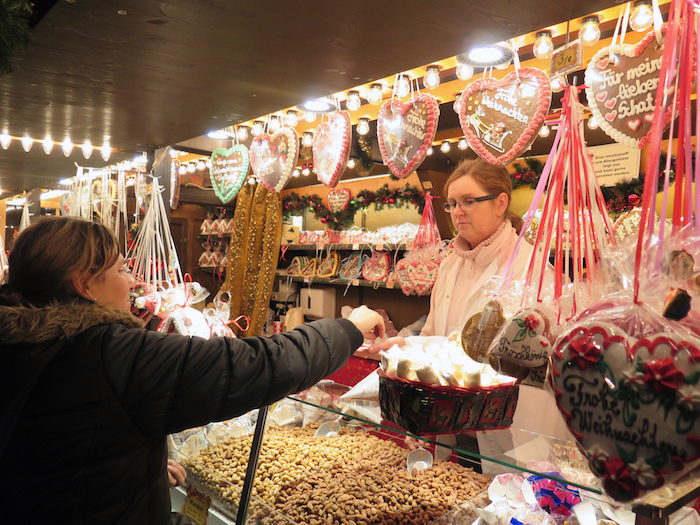 Sugared almonds for sale in Freiburg. Image: Marc Llewellyn
The 162km drive south to Freiburg takes in snow-flecked hills and swathes of the Black Forest. Take a lunch break at Triburg, the cuckoo clock capital of the world. Freiburg is another pleasant university town. Watch out for the trams though! There are several atmospheric Christmas markets if you can stomach another bratwurst.

The industrial town of Mulhouse, 60km across the border in Alsace, has an extraordinary motoring museum called the Cité de l’Automobile. It houses hundreds of old cars, including every type of Bugatti ever built. The Christmas market is lovely, with crepes and hot cider stalls and a Ferris wheel revolving above the cathedral square. 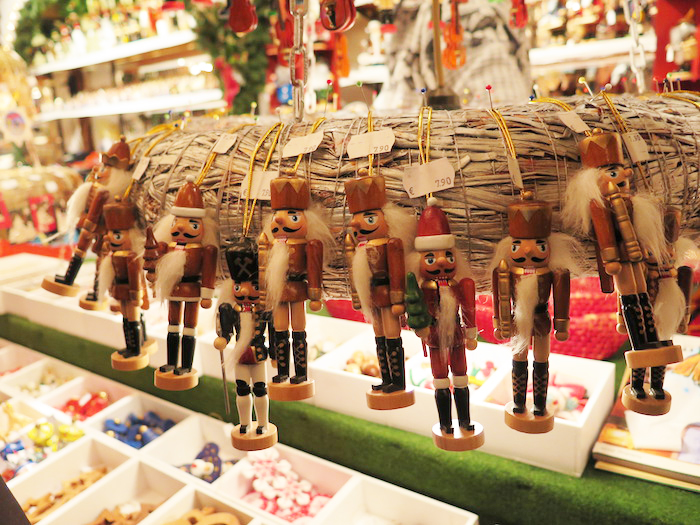 Traditional wares, like these wooden nutcrackers, are for sale everywhere. Image: Marc Llewellyn
Today, drive 58km north to the charming city of Munster, with its kaleidoscopic Christmas market and resident storks. Munster is a good base to explore other markets in the area, including those at Ribeauville and Riquewihr, and a breathtaking version in historic Colmar. In Munster stay at Maison Bellevue, managed by two Australian sisters and their mother.

The capital of Alsace, 86km north of Munster, has one of the most enchanting Christmas markets in Europe. Spread across the old town, it’s strung together by street decorations that make the lights in other places seem dim. The aroma from smoking sausages, scented candles and spiced wine and cider will melt the heart of even the biggest Christmas Scrooge.
christmas markets france germany road trip

Marc Llewellyn is an award-winning Sydney-based travel writer and author. His travel books include Riders to the Midnight Sun, about a 4,500km bicycle trip from the Black Seas to the Russian Arctic, and Finding Nino - a Seachange in Italy. He is the former President of the Australian Society of Travel Writers (ASTW).