That all-elusive surprise upgrade to business class is one of the most coveted experiences in travel. The trouble is, it’s also the biggest urban legend. Rumours in the travel industry swirl about wearing your finest, spruiking honeymoon plans – even flirting – in the hopes of nabbing one of the seats at the pointy end of the plane. Although most of the time, it comes down to loyalty programs, and in my case (or so I assume), a mix of travelling solo and sheer luck.

Mentally preparing myself for the long flight home to Brisbane from Zurich (via Abu Dhabi), I was shocked to find that my boarding pass was rendered void at the gate due to a last-minute seat change. I was hoping to curl up wherever I sat to sleep the next 24 hours away, so never in my wildest dreams did I expect to be handed an alternative boarding pass emblazoned with ‘business’ in bold ink. Here’s what came with my golden ticket. 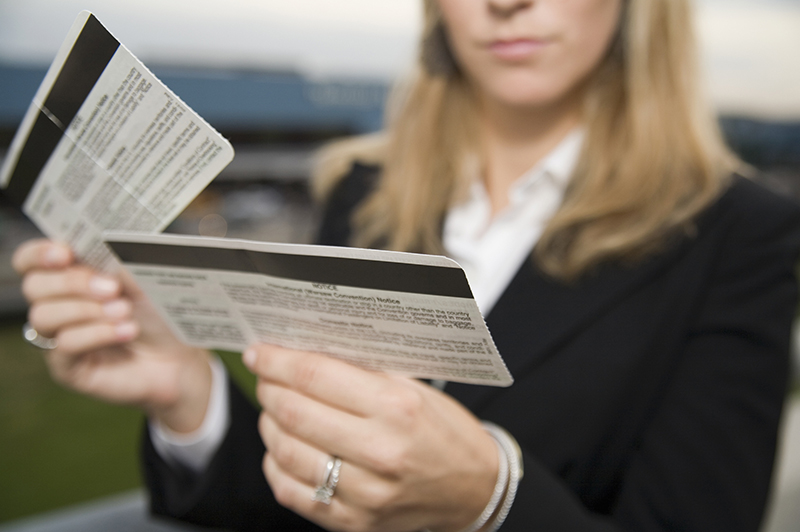 Swapping one boarding pass for another (image: Getty)

Unfortunately it was a lengthy check-in process due to multiple large groups and a system reboot. Nevertheless, the process was swift once my bags were checked straight to Brisbane and I was handed an emergency exit seat boarding pass. Business Class guests can skip straight to the front of the line at the priority check-in counter.

Swiss border security was surprisingly stern yet thorough. The contents of my cabin bag were scrutinized to the nth degree, as was the case for many passengers around me.

There was little time to explore the terminal at Zurich Airport, though Etihad Business Class passengers can enjoy the comforts of the Swissport Aspire Lounge before takeoff. The lounge is open to all pertinent passengers from any airline, and offers a wide selection of complimentary refreshments and work facilities. 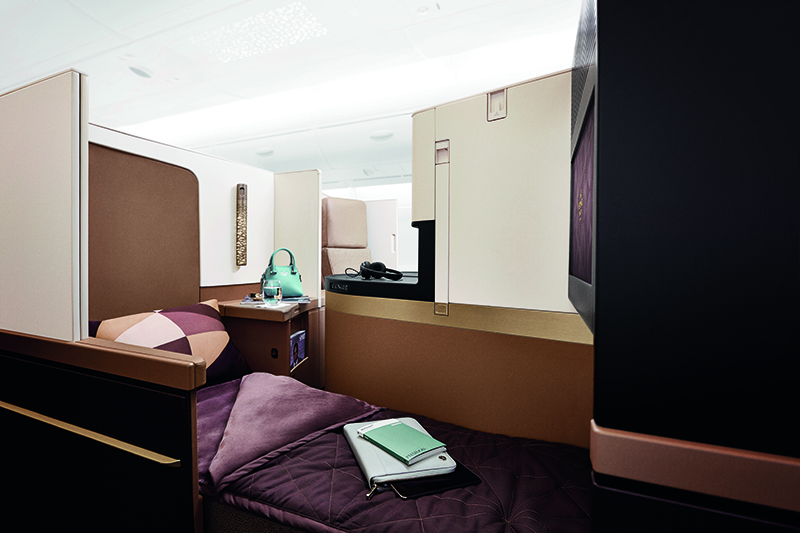 I was suitably floored when I received my new boarding pass for the Zurich – Abu Dhabi flight. Sitting down in 9E, I took my time to survey the scene. The cabin was configured in a 1-2-1 setup, all seats with direct aisle access. Centre aisle seats in alternating rows are perfect for couples, though any single travellers can raise the motorised screen for privacy. The seat pitch is a generous 73 inches (or 185cm) in length when transformed into a fully flat bed, which is more than generous for most travellers.

An easy-to-use remote controls your seating configuration, personal TV screen and to my utter delight – massage functionality. While it was more like one of those pay-per-use chairs found in airport terminals rather than the delicate hands of a Swiss masseuse, any kind of onboard massage is a welcome novelty for weary travellers.

Cushions are provided for comfort, as is a silky soft blanket for inflight snoozes. Falling fast asleep horizontally on a plane is up there as one of my most treasured travel moments so far. 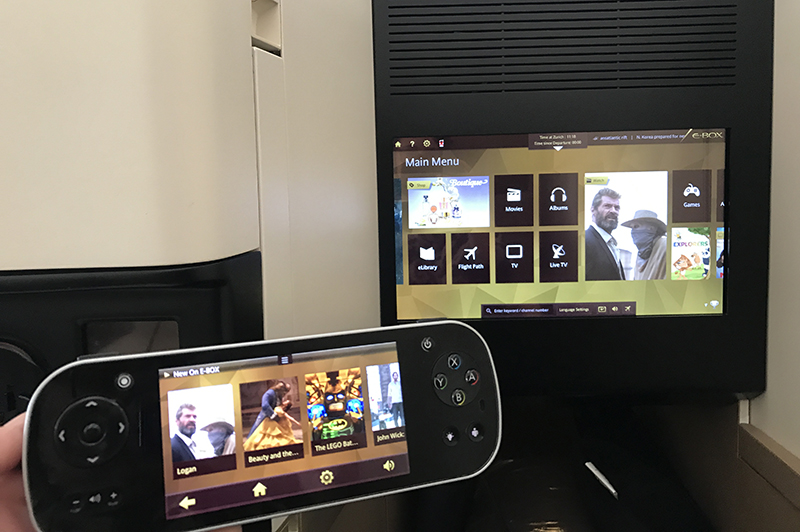 A personal 15.4-inch screen, noise-cancelling headphones and a staggering number of entertainment options ensured I had plenty to keep myself occupied and zoned out on board. Business class offers 140 movies including new releases, more than 300 TV shows, interactive games and live news and sport, with channels such as CNN and NBC. This was the only flight I’ve ever wished was longer, as I couldn’t explore the entertainment options as extensively as I would’ve liked to – I had some snoozing to do, after all.

Professionalism shone through the cabin crew’s attentive and swift service. While they didn’t seem overly friendly, it was clear that nothing was ever an issue from the interactions I overheard with other passengers. Having more than what I needed right at my fingertips, my interactions with the crew were minimal, other than during the food and beverage service.

After takeoff, I was presented with a menu to make my lunch selection, with a choice of multiple dishes over three courses. Having just travelled through the Alsatian region for a week, I was craving anything other than European cuisine, so the Arabic mezze platter and chicken biryani piqued my interest.

Understandably, my last-minute inclusion in the business class cabin meant I was last to order my meals and my chosen dishes were no longer available. Not a problem! I ‘made do’ with a rich mushroom soup served with a selection of breads, real butter, olive oil and balsamic vinegar, followed up with a rack of tender lamb served on a bed of sweet potato mash, lentils and a heady jus. My wine of choice was a tempranillo from Spain’s Rioja region. And while I had stuffed myself silly for a week on schnitzel, potato, pretzels and bratwurst, I made sure I had some room left to enjoy a few bites of a sweet pistachio pudding and Amarula liquer for dessert, before I fell swiftly to sleep until the plane began its descent into Abu Dhabi.

Etihad’s Business Class offering didn’t disappoint. While I have little to compare it to in terms of personal experiences, it’s clear why the airline’s premium service continues to be an industry leader in comfort, consistency and professionalism. My only wish was that the flight was longer to fully savour all the spoils of this respected airline. And for those interested, I didn't have the same luck on the Abu Dhabi to Brisbane leg of the journey. The universe righted itself and brought me back down to Earth, or at least, back in the centre seat of economy class.